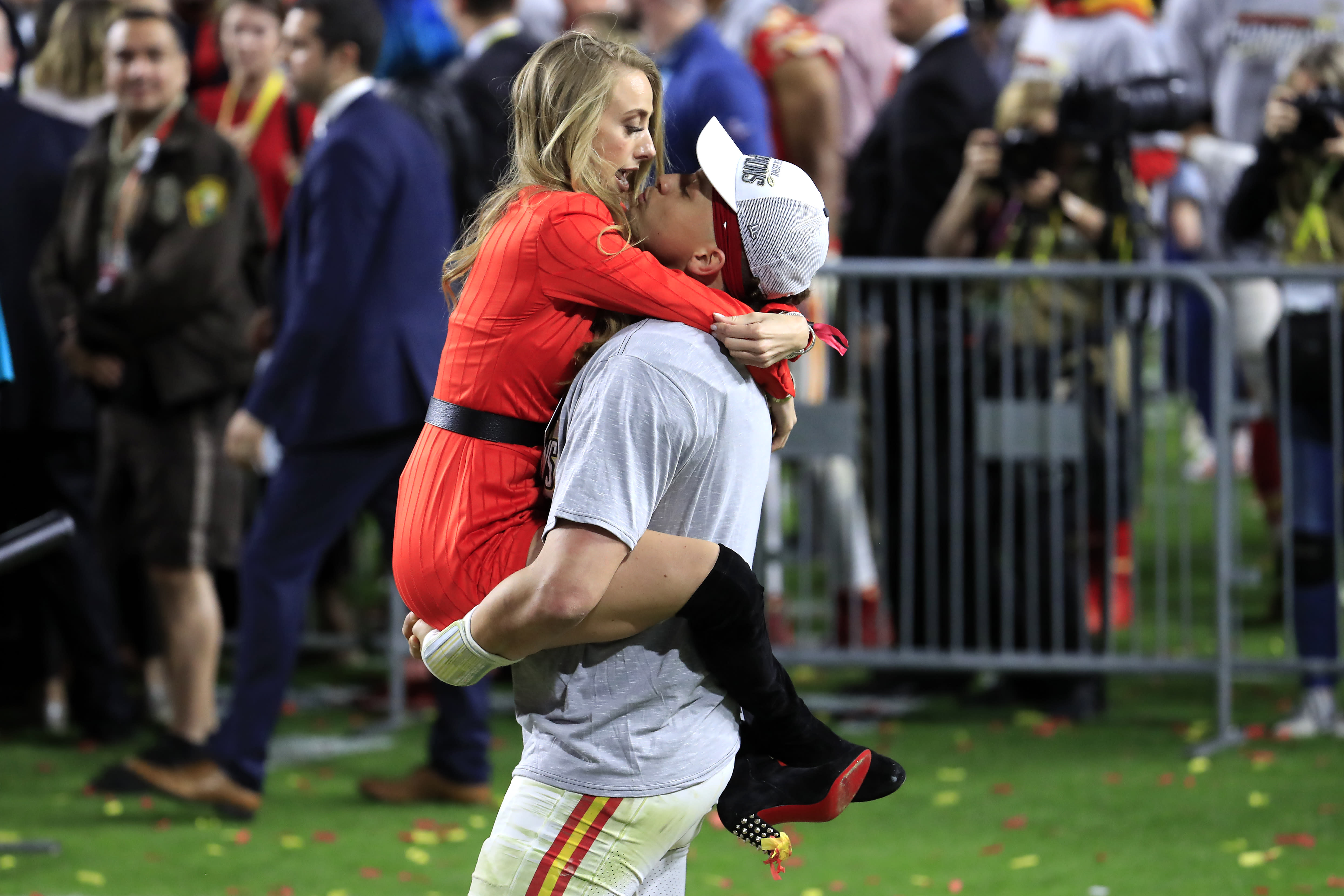 Patrick Mahomes had quite a day on Tuesday.

The Kansas City Chiefs quarterback received a jewel-studded ring for leading the Chiefs to their Super Bowl win in February. He saved the biggest diamond for his girlfriend Brittany Matthews.

Chiefs get their jewelry

On Tuesday afternoon, the Chiefs unveiled their Super Bowl rings.

They are unsurprisingly opulent.

The rings come equipped with 234 diamonds and 20 rubies.

Patrick Mahomes beams through his mask

Mahomes received his ring at a ceremony on the field at Arrowhead Stadium. Even behind a mask, the smile on the Super Bowl MVP’s face was evident as he unpacked his jewelry.

Find someone that looks at you the way @PatrickMahomes looks at his Super Bowl ring 😍 pic.twitter.com/0Ew0aMKqtG

But the biggest diamond of the day was yet to come. Hours after the Chiefs’ ring ceremony, images surfaced online of another for Mahomes. His girlfriend and now fiancée Matthews showed off sparkling new jewelry of her own after Mahomes proposed.

We can only presume that she said yes.

Mahomes and Matthews were high school sweethearts. Matthews has been a prominent fixture alongside Mahomes during his meteoric rise to the top of the NFL. Now the two are getting hitched.

About those Super Bowl rings

As for the Super Bowl rings, the interior documents the Chiefs’ remarkable playoff run and pays special attention to the rallies they had to make to win each of their postseason games. Note the deficits in brackets and the 44-point swing from their divisional round win over the Houston Texans.

Now that they have their rings, everyone awarded jewelry faces the big decision of what to do with theirs. Put in a display case? Lock it in a safe deposit box? Make it a part of the daily wardrobe?

Head coach Andy Reid knows exactly how he plans to leverage his around town.

“You wear it for special occasions,” Reid told reporters prior to the ceremony. “Or if you want a free cheeseburger, you just point right there and show them the ring and you might get one.”