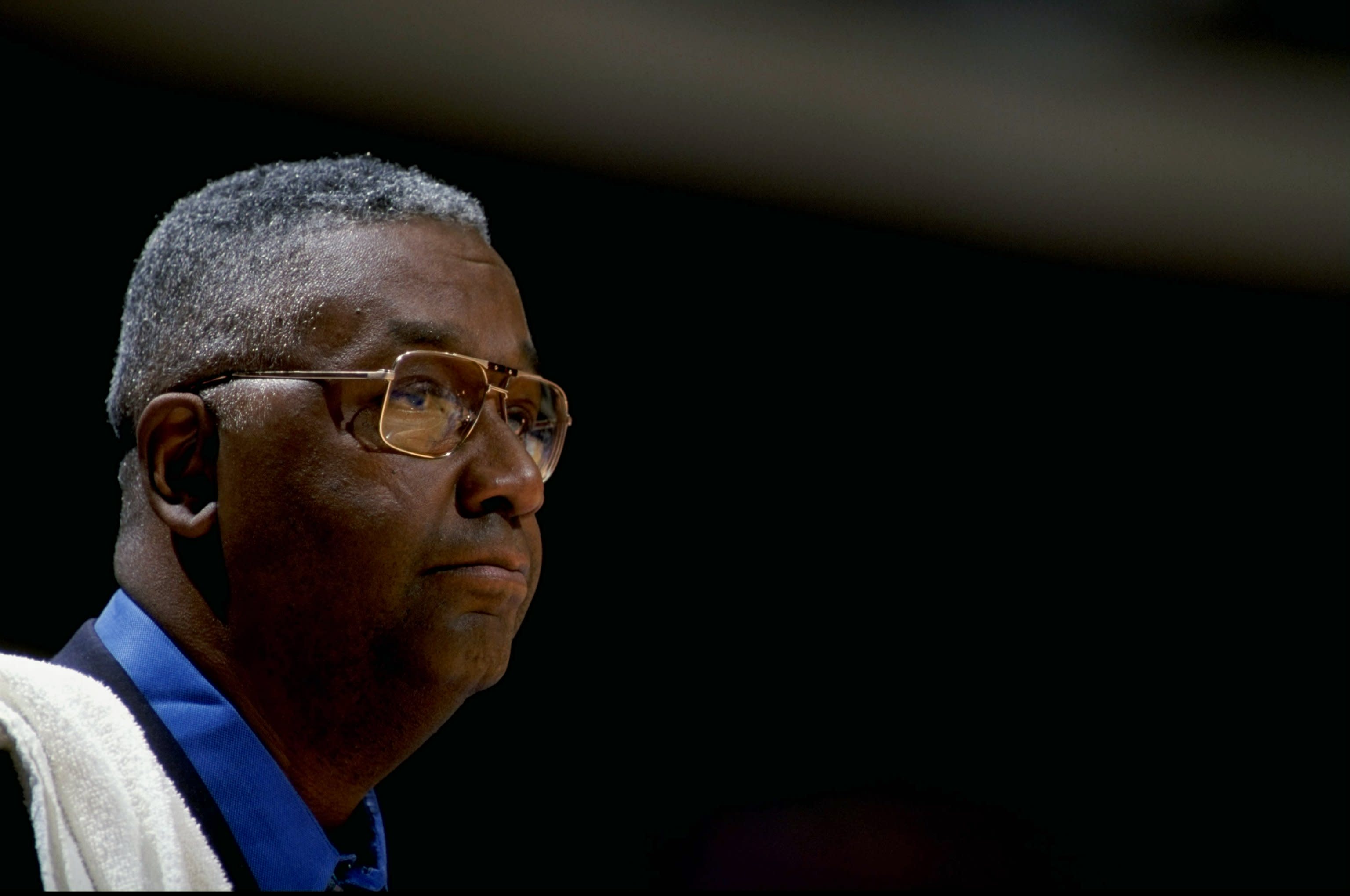 Maybe that’s not the most obvious way to start a tribute to Georgetown basketball coach John Thompson, who died at the age of 78 on Monday.

Or maybe there is no better example of the power Thompson wielded and the respect he commanded not just inside college basketball, but across society itself.

Edmond never played alongside Thompson when he was a part of two NBA championship teams in Boston in the 1960s. He didn’t play for Thompson as he won 596 college games and became the first African American coach to win a national title in 1984. He wasn’t one of his Hall of Fame talents such as Patrick Ewing or Allen Iverson.

Edmond was a drug dealer. A major one. An intimidating one. It was estimated he controlled 60 percent of the D.C. drug trade and grossed $300 million annually before he was arrested, at age 24, in 1989.

His ensuing trial is notorious. It included one potential witness getting shot in the leg pretrial and thus refusing to testify. Another had his mother’s house firebombed.

The trial itself was considered so dangerous that the identity of jurors was kept secret and both they, and all witnesses, sat behind bulletproof glass inside the courtroom. Edmond was convicted and given two life sentences, although he was released into witness protection in 2019 after serving 30 years.

Edmond loved basketball, and before his arrest he ran his own playground team, which would compete in the DMV against other teams run by other drug dealers. The competition was fierce, a point of pride. The games were heavily bet on. With so much money to burn, talent wasn’t just recruited, but paid to play.

College guys, former pros, playground legends who didn’t make it. Whomever. It was a mini-NBA. Everyone was looking for the best players and would do almost anything to get it.

In the summer of 1988, a couple of Georgetown guys began playing for Edmond’s team. One was John Turner, a D.C. native who’d known Edmond growing up. The other was 18-year-old Alonzo Mourning, considered the No. 1 recruit in America and a new arrival for the Hoyas. They were naive. What seemed simple — let’s play some ball at the park, let’s hang out with the cool, young, rich guy — wasn’t.

Edmond was under federal surveillance. At one point, Mourning recalled a white van driving up, the door sliding open and someone snapping a bunch of photos. It was the DEA. He shrugged it off.

John Thompson was everything in D.C., though. He’d grown up there, starred at Archbishop Carroll, coached high school ball and became an icon after creating Hoya Paranoia, these wildly intense, physical and furious Georgetown teams.

Despite Edmond being a major target of a major DEA operation, the feds came to Thompson to tell him that a couple of his players were hanging around the drug dealer. This had to have been a major breach of DEA protocol. They did it anyway.

Thompson sat the players down in his office individually. He then brought DEA agents in and had them both explain who Rayful Edmond was and grill them with questions.

“I wanted to make it as clear as possible who [they were] involved with and how high the stakes were,” Thompson told me a few years ago. “I asked [the DEA] to come because I thought that would be more effective than just having me do it.”

It was concluded the players were guilty of innocent stupidity, not criminality. They had never seen, taken or been around drugs. Once the officers left, Thompson threatened to revoke their scholarships.

“[He said] you’re an embarrassment to the school and to the program,” Mourning recalled later. “You’re not only hurting yourself, you’re hurting the program. You’re hurting every player who ever came here and built this program with their blood, sweat and tears.”

Thompson was well aware how big a target his program was. He was an unwavering presence, both by standing 6-foot-10 on the sideline and by constantly speaking out for social justice and against racism. He never stopped arguing, even protesting certain NCAA rules he found discriminatory and unfair. He was decades ahead of conventional wisdom.

He was impossibly smart and believed in directly confronting whatever wrong he saw in front of him. He made a lot of people nervous, especially establishment white people. He didn’t kiss up to the right suits. He didn’t court the media. He never apologized.

As such, he knew that his program had to be perfect. He and the Hoyas couldn’t afford a mistake that might slide somewhere else. His players had to do well academically. They had to graduate. They had to be on time. They had to dress properly and conduct themselves well.

Rayful Edmond was a big problem, though. It’s almost impossible to just break free from someone like that. Edmond’s operation was expansive and unpredictable.

So John Thompson did what he did best — helped his players by using the incredible authority he could command far beyond a college basketball court.

He put out word on the street that he wanted Rayful Edmond to come pay him a visit. John Thompson, technically just a college coach, knew who to reach to demand a one-on-one meeting with one of the most intimidating drug kingpins in the country, a man who was aware he was under federal investigation and, as evidence revealed at trial showed, was cautious about every interaction he had and every place he walked into.

Yet a couple days later, Rayful Edmond showed up at John Thompson’s office.

John Thompson had Alonzo Mourning’s back when it mattered most. (Photo by Mitchell Layton/Getty Images)

Thompson never revealed publicly the extent of the conversation (although he has an autobiography coming out in January). He once told “Nightline” that he told Edmond in no uncertain terms that he was to stay away from his players and assure that neither Turner nor Mourning would get hurt for their previous mistake.

“Ray supposedly listened intently and agreed,” said Mourning, who would go on to become an All-American, graduate from Georgetown and then enjoy a lengthy, championship career as a NBA player and executive. “All I know is that was the end of it between the two of us. Ray never tried to talk to me again.”

Edmond would be arrested months later. Mourning even had to testify at his trial.

Larger than life, and not just because of all the victories and all the championships. That was the tool that allowed him to better the lives of his players, challenge America in ways that made it uncomfortable and forever impact college basketball. It all stemmed from the principled way Thompson lived and led.

What other college basketball coach who would even attempt, let alone pull that off? What other person in any walk of life?