Luka Doncic: ‘I don’t want to deal with that kind of player.’ Marcus Morris: ‘Cry me a river’ 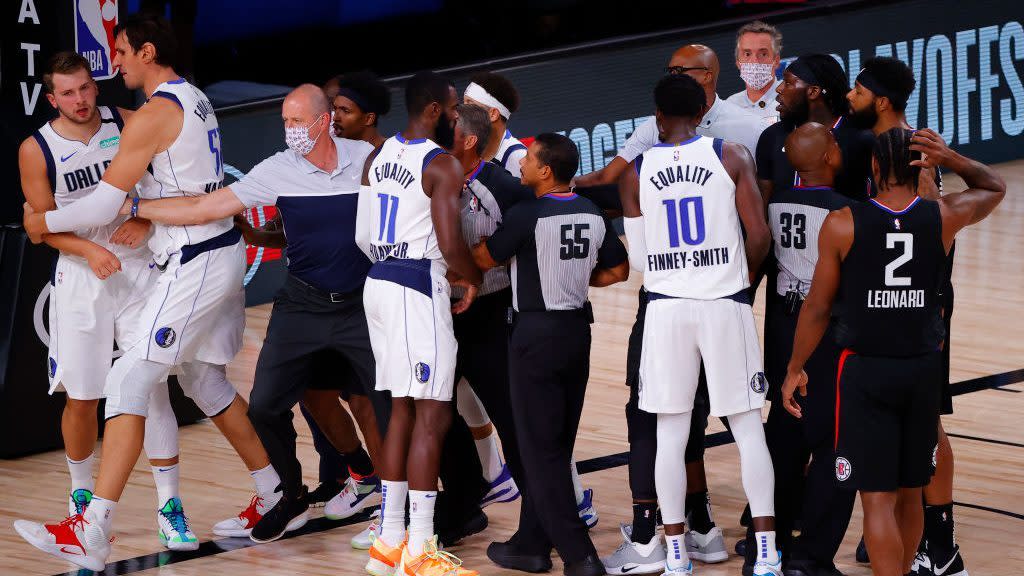 Marcus Morris stepping on Luka Doncic‘s ankle in Game 5 of Clippers-Mavericks? Morris at least had plausible deniability on whether that was a dirty play.

Morris chopping Doncic’s head in series-ending Game 6? Morris lost all benefit of the doubt on both incidents.

Doncic, via Dan Woike of the Los Angeles Times:

“It was a terrible play. What can I say? It’s two games in a row he did something like that,” Doncic said. “I really hoped the first game it wasn’t on purpose, but looking back on the foul this game, you know what I think. I don’t want to deal with that kind of player — just move on.”

Morris straddles the line between dirty and tough. Sometimes, he falls on the wrong side.

Want to boast about winning the series? Go for it. But bringing up that it took six games for the No. 2 seed to beat the No. 7 seed? That’s not really a good brag.

Luka Doncic: ‘I don’t want to deal with that kind of player.’ Marcus Morris: ‘Cry me a river’ originally appeared on NBCSports.com