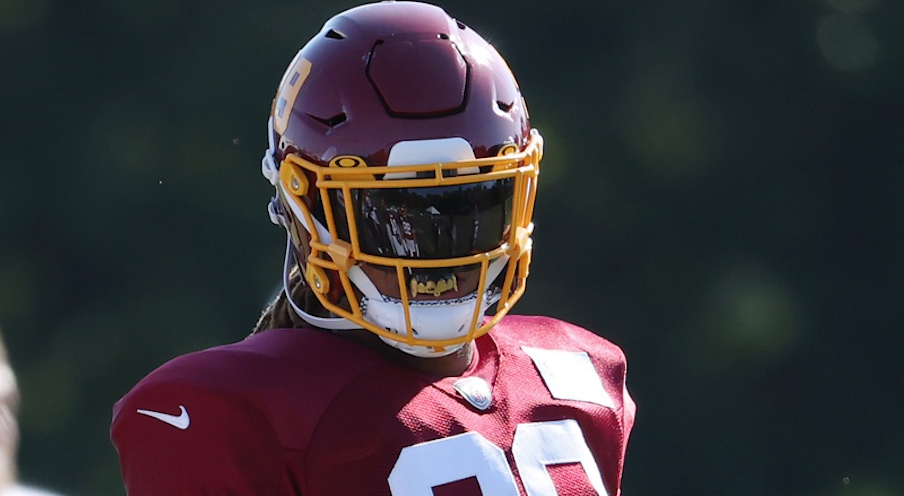 ASHBURN, Va. – It looked like Adrian Peterson was about to cut through the offensive line and cross the goal line for six on Sunday.

And then Chase Young intervened.

To open the 11-on-11 phase of their training camp practice that closed out the weekend, the Washington Football Team had the first-string offense start at the 25-yard line and work their way in. Thanks to a few decent runs and a couple of clutch passes, the group made it to down to the doorstep of the end zone.

That’s when Scott Turner called for a Peterson handoff up the middle.

And that’s when Young made this textbook tackle:

No. 99 completely engulfed No. 26 and drove him back, doing something countless defenders have tried and failed to do in the past. Normally, Peterson’s the one doing the driving.

Clearly, Young’s teammates were impressed, too, judging by the way the sideline reacted.

Chase Young is going to be so good. Like, SO good. He’s a rookie, and he just made a Hall of Famer look very average.