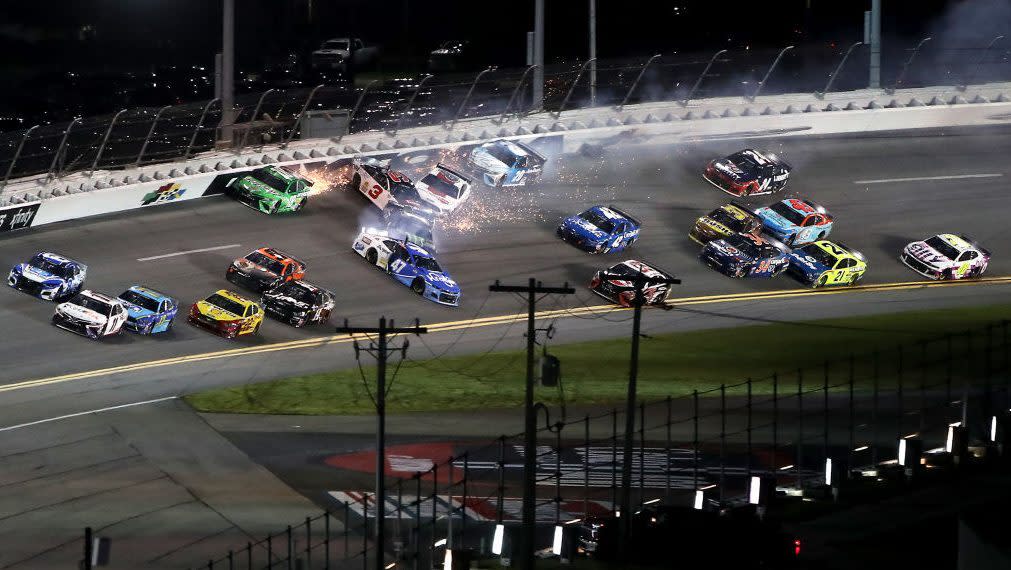 Kyle Busch‘s winless streak will go to 26 races after he was eliminated in a large wreck with eight laps left in the regular-season finale Saturday at Daytona.

Busch was leading when the lap started. Going into Turns 3 and 4, rookie Tyler Reddick, running in second, moved to the bottom in an attempt to take the lead. Reddick then quickly moved up in front of Busch and made slight contact with him.

“Slide job gone bad,” Kyle Busch told NBC. “I saw him coming and even checked up and we still ran into each other.”

Kyle Busch had led 31 laps before the incident.

The wreck resulted in a red flag with Denny Hamlin scored in the lead.

Check back for more.

What a wild wreck late at @DISupdates.