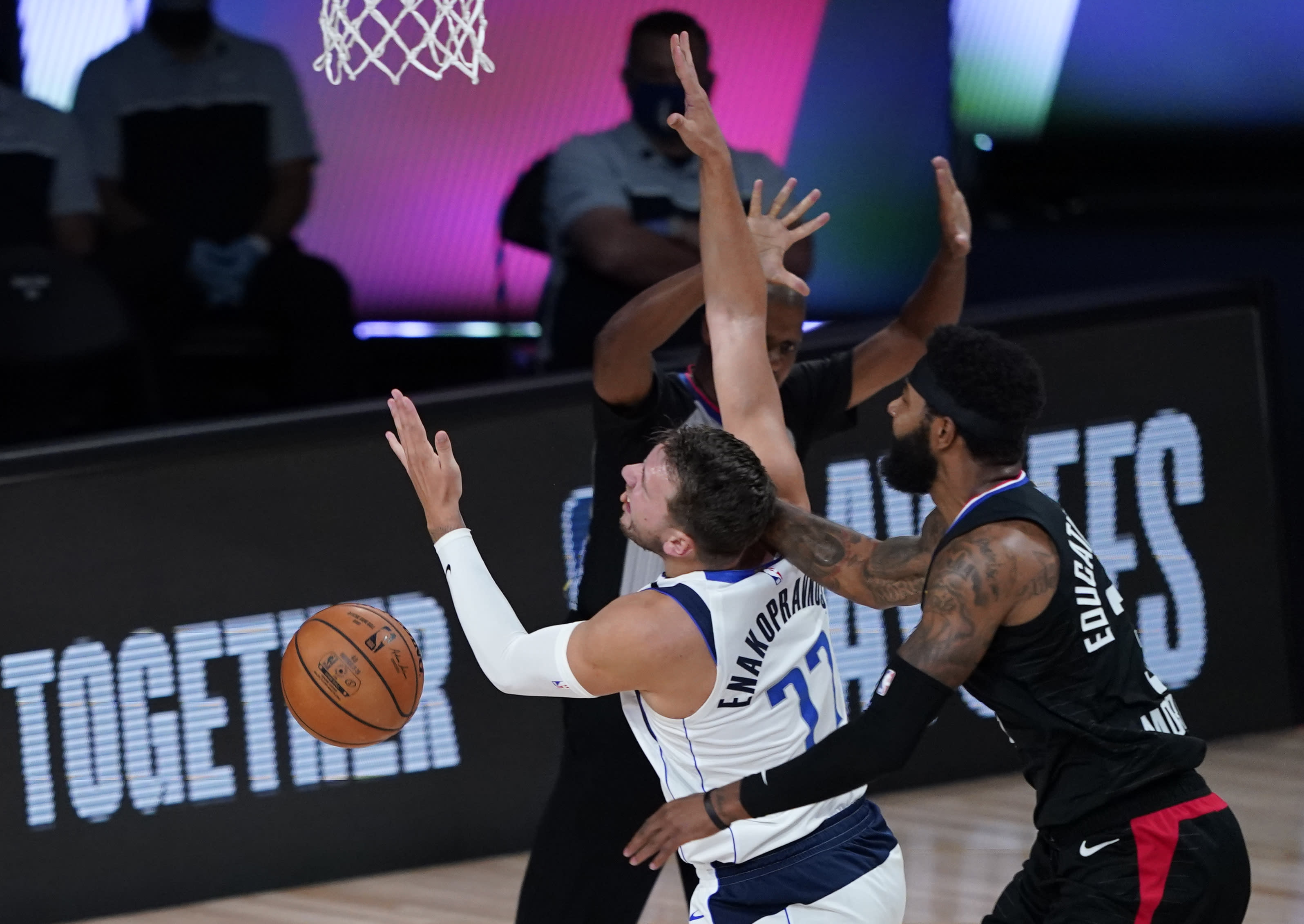 The Los Angeles Clippers lost Marcus Morris early in Game 6 of their Western Conference playoff series against the Dallas Mavericks on Sunday afternoon.

Thankfully for the Clippers, it didn’t cost them the win.

The Clippers held on without Morris to beat the Mavericks 111-97, officially ending their series 4-2 and sending them into the next round.

Morris got ejected in the first quarter for a flagrant foul on Mavs star Luka Doncic. As Doncic drove to the lane, Morris smacked Doncic and clearly wasn’t going for the ball.

Marcus Morris with the hard foul on Luka Doncic pic.twitter.com/TIqrWVW9Ql

Doncic said after Game 5 — a game the Clippers won to take a 3-2 series lead — that he hoped Morris’ act wasn’t intentional. Doncic tied the series at 2-2 in Game 4 with an epic buzzer-beater.

“I don’t want to talk to him. He’s just saying a lot of bad stuff to me… I just hope it wasn’t intentional. If that was intentional.. that’s really bad.”