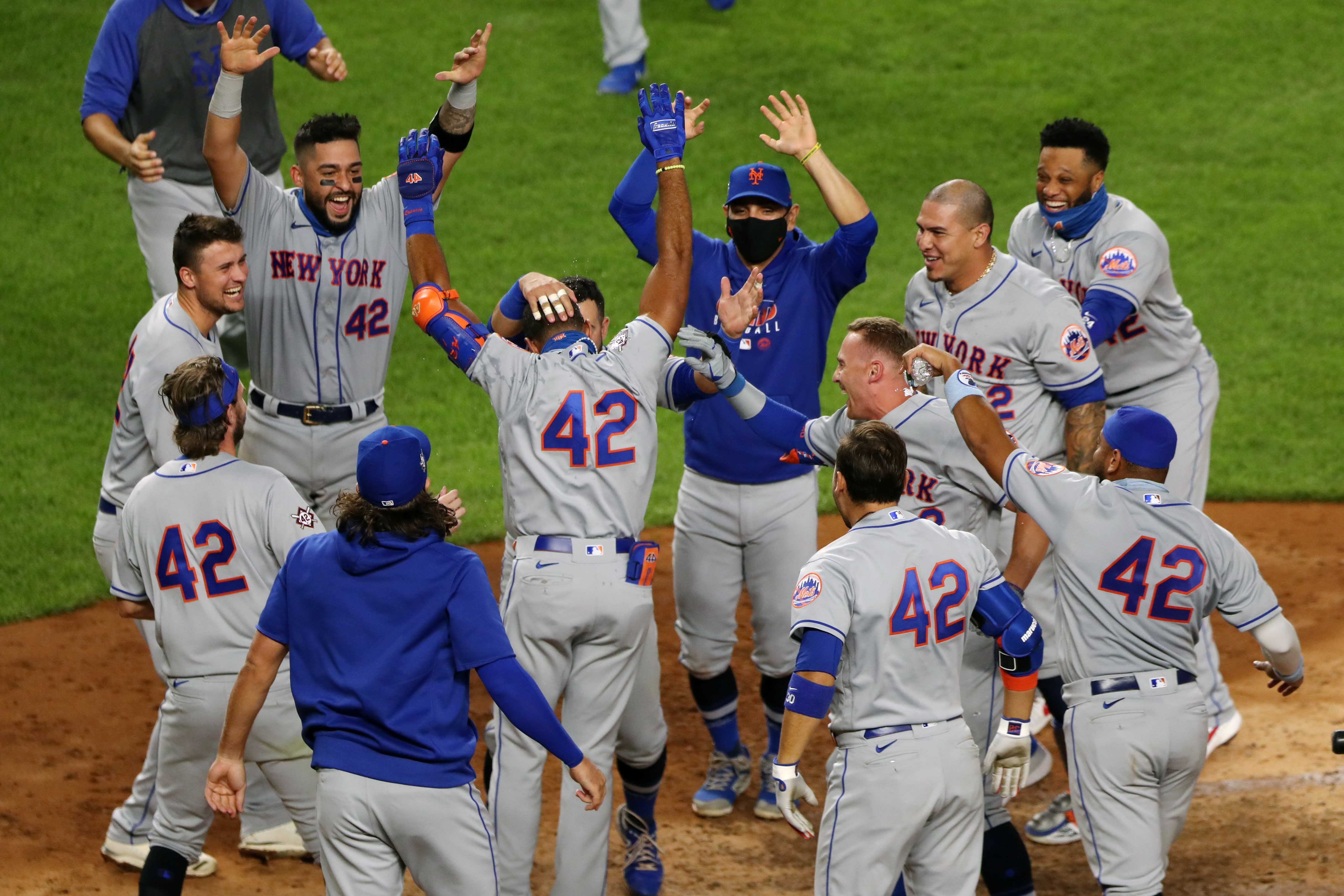 The New York Yankees losing streak reached seven games Friday night after they lost both ends of a doubleheader to the New York Mets.

Let there be no doubt which of those seven losses stung the most.

In Friday’s nightcap, the Yankees suffered the once unimaginable fate of being walked off on their own field. Because the Yankees were the designated visiting team for this makeup game, which was originally slated to be held at Citi Field, the Mets had the final at-bat. And because it was a doubleheader, the game only lasted seven innings.

Both 2020 quirks paid off in a big way for the Mets. Amed Rosario launched a two-run home run against Aroldis Chapman that would have stunned Yankee Stadium into silence had fans been allowed to attend.

Instead, it was the Yankees who were stunned and silent as they walked off the field. And who wouldn’t be after being the first team to lose on a walk-off home run on their own field since 1899.

Amed Rosario’s walk-off home run tonight was the first by a visiting player since the 19TH CENTURY. The last: Ed McKean for the St. Louis Perfectos at the Cleveland Spiders on May 12, 1899.

It’s the latest bizarre twist in a 2020 season that will be defined by its uniqueness.

Postponements due to COVID-19 outbreaks have created scheduling adjustments and rule changes to accommodate fitting 60 games in 66 days.

Two of the biggest changes were on display here. With an increase in doubleheaders, MLB has cut down all doubleheader games from nine innings to seven. And to cut down on travel, postponed games are being played at the most convenient location.

Those circumstances have led to several home teams playing at the visiting team this season. Though none were defeated like the Yankees.

Now the Yankees must find a way to rebound. After getting off to a strong 16-6 start, they have slipped to 16-13. Injuries are the main culprit. Thirteen different Yankees’ players have landed on the injured list this season. That includes Aaron Judge and Gleyber Torres.

New York sent a record 30 different players to the IL last season, yet still managed to win 103 games. However, in a compact season that is testing everyone’s depth and durability, the Yankees are struggling to bounce back. Losses like Friday’s won’t help.