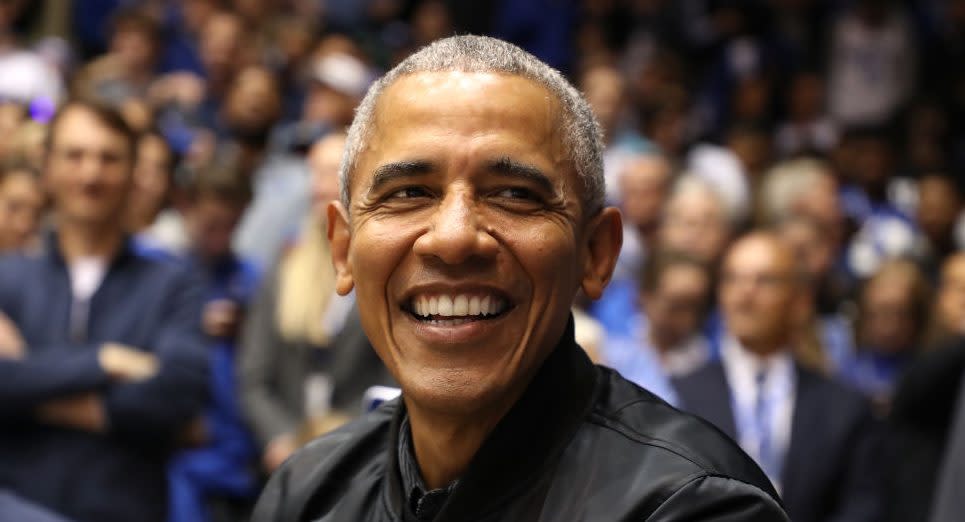 LeBron James made himself clear at Wednesday night’s players’ meeting: What was the point of being away from family and making sacrifices to be in the NBA’s restart bubble if not to push harder for concrete social justice reforms? LeBron made his vote, he wanted to be out if there wasn’t a plan. Then he walked out of the meeting with both Lakers and Clippers players behind him.

LeBron walked back to his hotel room and, along with Chris Paul (the players’ union president),  called one of the biggest basketball fans on the planet, and someone who has been in the room for higher stakes negotiations than this:

Shams Charania of The Athletic had the story of LeBron and Obama.

Former President Barack Obama spoke to James, National Basketball Players Association president Chris Paul and a small group of players late Wednesday evening, advising them to play and utilize the opportunity to contextualize action they want in order to play, The Athletic has learned.

James, Paul and others wanted to seek the guidance of the 44th President of the United States (2009-2017), and on the call broached forming a committee for player action that they want Obama involved in, sources told The Athletic.

After speaking with Obama, LeBron helped formulate a plan to push for action on the social justice front — something lacking after the Bucks blindsided the league, Milwaukee’s ownership, the players’ union, and other teams (including their opponents the Magic) with the decision not to play in protest of the Jacob Blake shooting. That led to him coming around on staying and playing.

If LeBron wanted to leave, the bubble would have collapsed. His choosing to stay made the games starting Saturday possible. The NBA is a league built on star power and LeBron is the biggest hoops star on the planet, playing on the team with the biggest brand in the league — without him and the Lakers the playoffs are hollow. If LeBron had walked, a lot of other players would have as well.

He stayed so everyone stayed.

All with a nudge from Barack Obama.