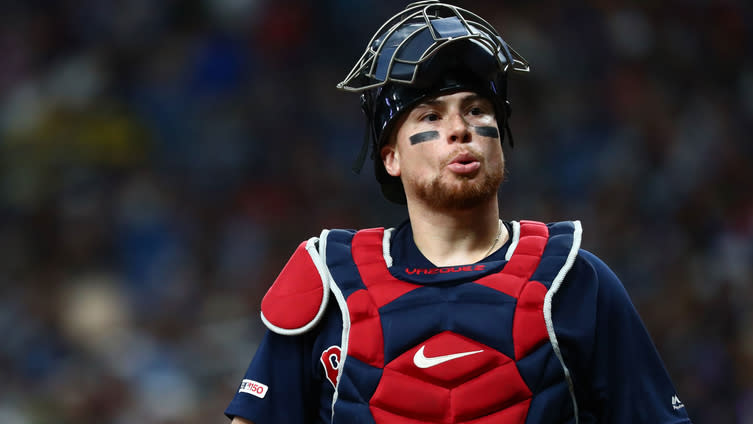 The Boston Red Sox appear to already be making calls ahead of what’s sure to be a busy trade deadline weekend.

One name in particular reportedly being discussed is Christian Vazquez. The Red Sox and Rays are in early talks on a deal that would ship the 30-year-old catcher to the Tampa Bay Rays in exchange for pitching prospects, according to The Athletic.

“The last-place Red Sox are another rare team that could be ripe for buyers,” The Athletic’s Eno Sarris and Brittany Ghiroli write. “The Rays have interest in Red Sox catcher Christian Vázquez, with early discussions centering around Tampa’s pitching prospects.”

With trade rumors swirling ahead of the Aug. 31 deadline, Vazquez has made it clear he hopes to remain in Boston long term.

“My goal is to retire here. That’s my goal in my career, being part of one organization. Have one jersey on my chest for my career. But we don’t control that,” Vazquez told reporters Wednesday.

In 2018, Vazquez signed a three-year contract extension with a club option for 2022.

The pitching prospects being eyed by the Red Sox in the potential trade haven’t been named, but the Rays are a goldmine of young talent. Five of their top 10 prospects are pitchers, per Baseball America.