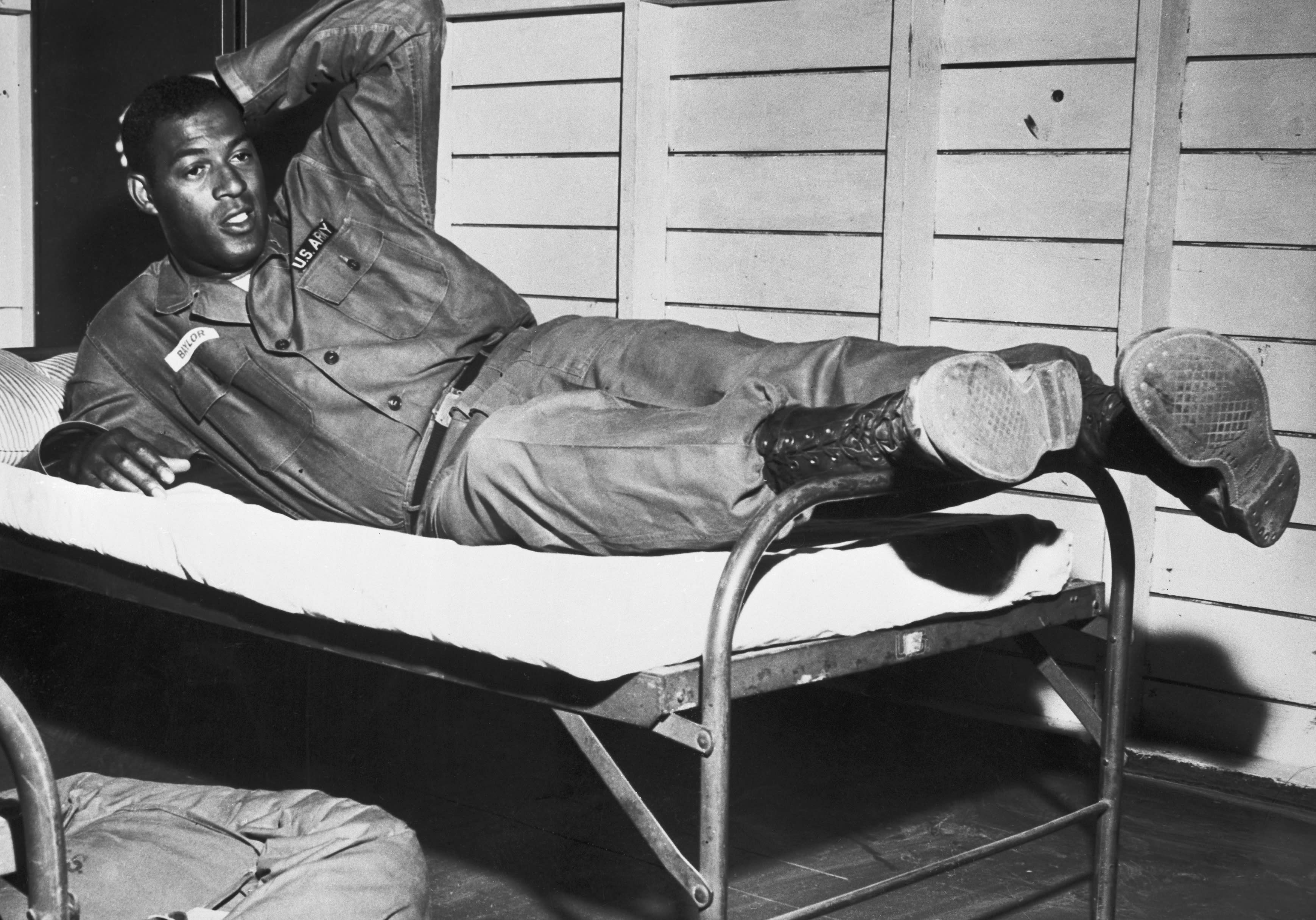 The NBA’s protest against racial injustice in the wake of the police shooting of Jacob Blake is the longest such strike in league history, but it is not the first. Legends Elgin Baylor and Bill Russell blazed that trail.

Thursday marks the second day playoff games have been postponed, and there is hope players will return to action this weekend. The end result of their action is undetermined, but representatives of the National Basketball Players Association and the Board of Governors are scheduled to meet on Thursday evening.

On two previous occasions, NBA players have refused to play in protest of racial discrimination, both more than 50 years ago, evidence of how long Black Americans have struggled in their quest for equality. A third nearly occurred six years ago, and players were called to action again on Wednesday by another shooting.

The following is a brief history of NBA protests, all of which illustrate why players decided on Wednesday that slogans on courts and jerseys were not a significant enough statement 61 years after their first strike.

On Jan. 16, 1959, the Minneapolis Lakers were scheduled to face the Cincinnati Royals in a neutral-site game at the Civic Center in Charleston, West Virginia, featuring hometown hero “Hot Rod” Hundley and rookie sensation Elgin Baylor. But when the Lakers took the floor, Baylor sat on the bench in street clothes.

On the eve of the game, the local Kanawha Hotel denied rooms to Baylor, Boo Ellis and Ed Fleming, the only three Black players on the Lakers. Minneapolis coach John Kundla instead took his team to nearby Edna’s Tourist Hotel, which accommodated the entire roster. Baylor was also denied service at an area restaurant based on the color of his skin. So, the 24-year-old opted to sit against the Royals in protest.

The American Business Club of Charleston paid $6,500 to host the game and fell roughly $1,000 short of breaking even, through no fault of Baylor’s. Cold weather kept the crowd down, and the fans who did show only learned Baylor was not playing upon arrival, assuming either injury or illness had kept him sidelined.

That did not stop American Business Club of Charleston promoter H. Thomas Corrie from sending a telegram to Maurice Podoloff, the president of the NBA: “Urge disciplinary action against Elgin Baylor of Minneapolis club, who refused to play against Cincinnati here Friday night in protest of hotel segregation. Records show Minneapolis club was advised on Dec. 29 that segregation enforced at hotels. His absence from lineup most embarrassing to us and damaged our chances of promoting future NBA games here.”

Only those records showed that Corrie promised Kundla, “A local hotel will take care of the entire team.” Regardless, Podoloff responded, “I would find it hard to punish a man for trying to protect his self-respect and dignity.’’ That did not stop Mayor John Copenhaver from refusing to apologize on behalf of Charleston.

On Oct. 17, 1961, several Black players on the Boston Celtics were refused service at the Phoenix Hotel coffee shop in Lexington, Kentucky, where they were later scheduled to face the St. Louis Hawks in an exhibition game. They had also been denied service two days earlier at a restaurant in Marian, Indiana.

So, Boston’s five Black players — Bill Russell, Sam Jones, Satch Sanders, K.C. Jones and Al Butler — convened in Russell’s hotel room, where the league MVP told his teammates, “I don’t think we ought to play.” They were joined in protest by the Hawks’ Black players. Their white teammates played the game.

Phoenix Hotel manager Art Lang said his establishment did not discriminate, calling it a misunderstanding.

Cleo Hill, one of three Black players on the Hawks, later told the Baltimore City Paper that Cliff Hagan, a future Hall of Famer who was traded to St. Louis for the draft rights to Russell, “wanted the Blacks fired.” Likewise, Hill said, “Our owner, Ben Kerner, said nothing.” (We should mention that, a year after fleecing Kerner in the deal, Celtics coach Red Auerbach leveled the owner at midcourt during the 1957 Finals.)

Russell told media upon returning to Boston, “I will not play any place again under those circumstances.”

On Jan. 14, 1964, on the morning before the All-Star Game was scheduled to be broadcast live on TV for the first time, Players’ Association president Tommy Heinsohn finally secured a long-awaited meeting to discuss an improved pension plan, among other labor negotiations, with league president J. Walter Kennedy, owners’ representative Fred Zollner of the Detroit Pistons, several player representatives and their lawyer, Lawrence Fleischer. The two sides came to a handshake agreement but without anything in writing.

Three hours before game-time, a handful of players demanded signed documentation. Kennedy reported two and a half hours later that the owners refused. Five minutes before they were slated to take the court, the players voted 18-2 to go on strike. Baylor and Russell were among them. A number of owners lost it.

“Tell Elgin Baylor if he doesn’t get out there, he’s through,” Lakers owner Bob Short allegedly told security.

As tipoff came without a deal, Kennedy caved, the players won, and the game started 15 minutes late.

On April 26, 2014, the day TMZ released audio of Los Angeles Clippers then-owner Donald Sterling making racist comments to his girlfriend, V. Stiviano, members of the team held a meeting to discuss sitting out Game 4 of their first-round series with the Golden State Warriors the following day. While they determined to play the game, suspense over what protest they had planned hung over the game for another 24 hours.

When the Clippers took the court on April 27, they removed their Clippers-branded warmup jackets and left them at midcourt, revealing red long-sleeved shirts with the team logo turned inside out. They played the game wearing blue jerseys with Los Angeles stitched on the front, along with black socks and armbands.

Two days later, Sterling was banned from the NBA for life.

On back-to-back nights in December 2014, NBA players sported black T-shirts during pregame warmups with the words “I Can’t Breathe” emblazoned on the front in honor of Eric Garner, a Black man who said those words before dying in a chokehold by New York City police officer Daniel Pantaleo in July of that year.

The statement was also made several months after Michael Brown, an 18-year-old Black man from Ferguson, Missouri, was shot and killed by police officer Darren Wilson, sparking nationwide protests.

LeBron James and Kobe Bryant were among the most prominent players to sport “I Can’t Breathe” shirts.

Wilson resigned from his post in November 2014. Pantaleo was fired in August 2019.

On March 25, 2018, players from the Celtics and Sacramento Kings wore shirts that read “Accountability” on the front and “#StephonClark” on the back during pregame warmups. Stephon Clark was a 22-year-old Black man who was shot at least seven times by two Sacramento police officers while holding a cell phone.

Players from both teams recorded a public-service announcement that aired before the game:

Neither officer was disciplined without pay and both are still working active duty for the department.