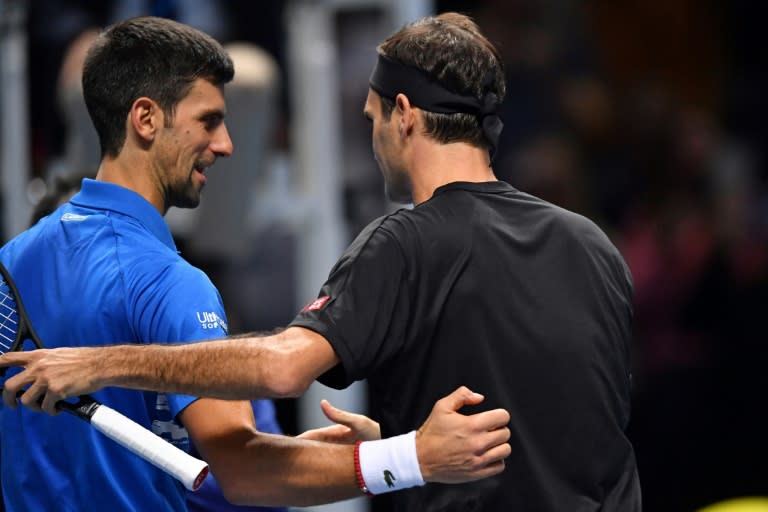 Rafael Nadal and Roger Federer were on a collision course with Novak Djokovic on Saturday, calling for “unity, not separation” after their long-time rival superstar was expected to spearhead a breakaway union of professional tennis players.

The New York Times claimed that world number one Djokovic is expected to announce his resignation from the presidency of the ATP players’ council and help form the PTPA (Professional Tennis Players Association).

The PTPA believes it is better-placed to defend the players of the world top 500 who have been badly affected by the coronavirus.

However, world number two Nadal pleaded with Djokovic to rethink a breakaway.

“The world is living a difficult and complicated situation. I personally believe these are times to be calm and work all of us together in the same direction. It is time for unity, not for separation,” said the 19-time major winner.

“These are moments where big things can be achieved as long as the world of tennis is united.

“We all, players, tournaments and governing bodies have to work together. We have a bigger problem and separation and disunion is definitely not the solution.”

“I agree @RafaelNadal,” tweeted Federer. “These are uncertain and challenging times, but I believe it’s critical for us to stand united as players, and as a sport, to pave the best way forward.”

“It has become evident that as a member of the players’ council within the current structure of ATP, it is very difficult, if not impossible, to have any influence whatsoever on any major decision on the circuit,” he wrote.

Djokovic is currently in New York where he was playing in the final of the relocated Cincinnati event on Saturday.

He is the overwhelming favourite for a fourth US Open title when the Grand Slam tournament starts on Monday.

However, defending champion Nadal is absent after opting not to travel to the US for health reasons while five-time US Open winner Federer has already written off his season to recover from knee surgery.