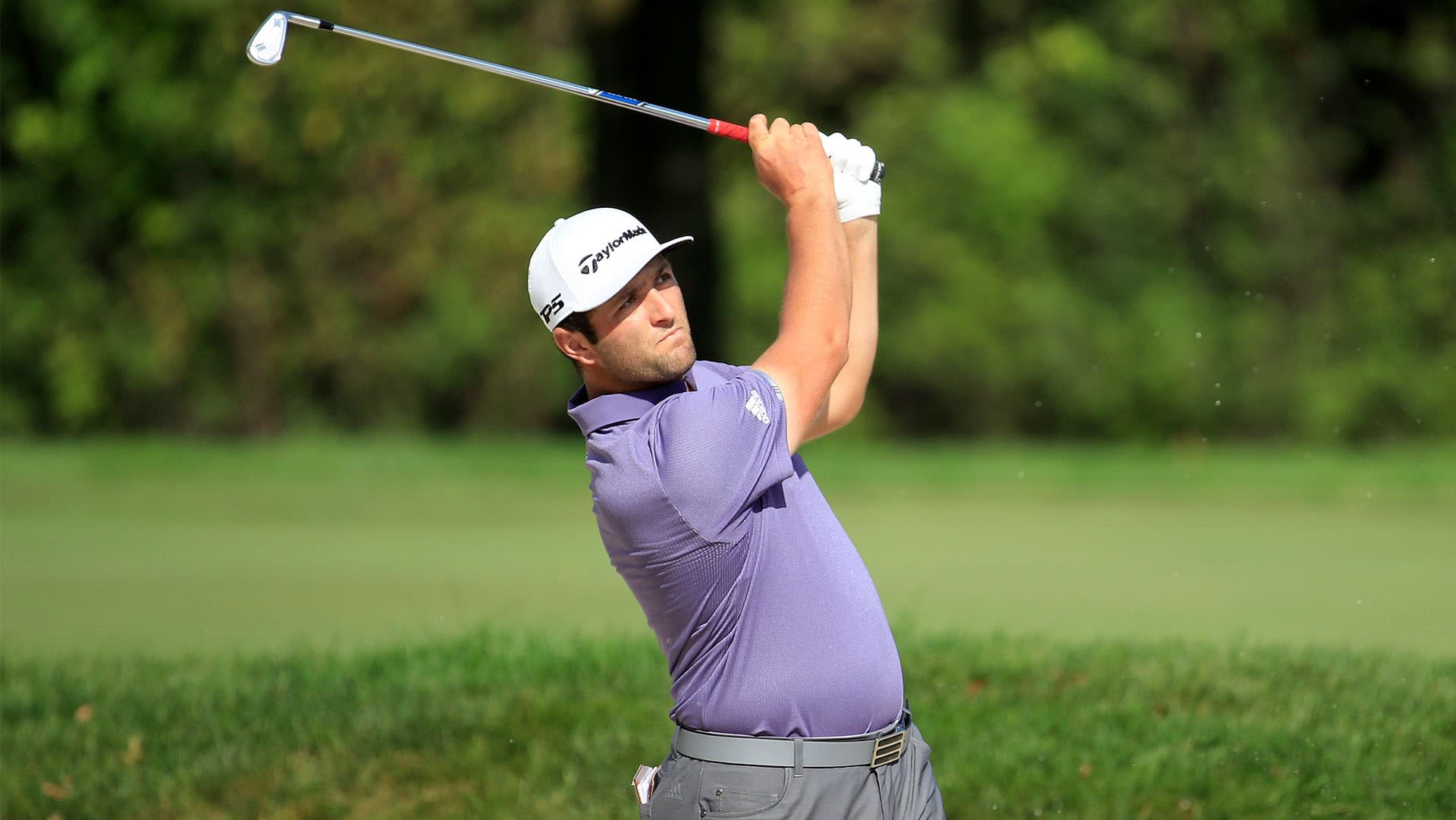 OLYMPIA FIELDS, Ill. – Jon Rahm would have had the low round of the week at the BMW Championship if he had remembered to reach into his pocket on the fifth green.

Rahm vaulted into contention Saturday at Olympia Fields, shooting a 4-under 66 that tied for the best score so far on a demanding layout. But his lone bogey of the day came on No. 5, where Rahm inexplicably picked up his ball on the green without marking it and received a one-shot penalty as a result.

“I was holding my marker in my pocket, just went at it, and for some reason I just picked up the ball thinking I marked it already,” Rahm said. “I don’t know if the camera saw my face or not, but I mean, when I was touching it just off the ground, I knew. And I looked at (caddie) Adam (Hayes) like, I just froze. I didn’t know. I didn’t know what happened, how it happened or how to proceed. That’s all I can say.”

After returning the ball to its original position, Rahm two-putted and called the 6-footer he holed for bogey “the most important shot of the round.” After making only one birdie en route to an opening 75, he made five birdies during the third round while taking advantage of relatively easier morning conditions. The former world No. 1 tied Kevin Streelman for the round of the week and moved to 2 over for the tournament, within reach of the leaders.

“Four shots on this golf course is nothing,” Rahm said. “Seems like the wind is picking up, the golf course is only going to get firmer. We’ve seen it every day. The first few hours you see people go under par and then slowly just come back to the field. Luckily I was able to finish it up, so hopefully I’m not too far off where I am right now.”

But Rahm could only smile as the questions following a nearly flawless round largely focused on his mental blunder. He admitted that growing up in junior golf he had instances where he would tap his mark down with his putter and have it stick to the club head, but the high-profile nature of this particular lapse was impossible to ignore.

“We don’t see those on the PGA Tour, and usually it’s not followed by a 66 on this golf course,” Rahm said. “I just hope I don’t lose by one. I’m just going to say that. And if I do, well, it’s very well my fault. It’s as simple as that.”