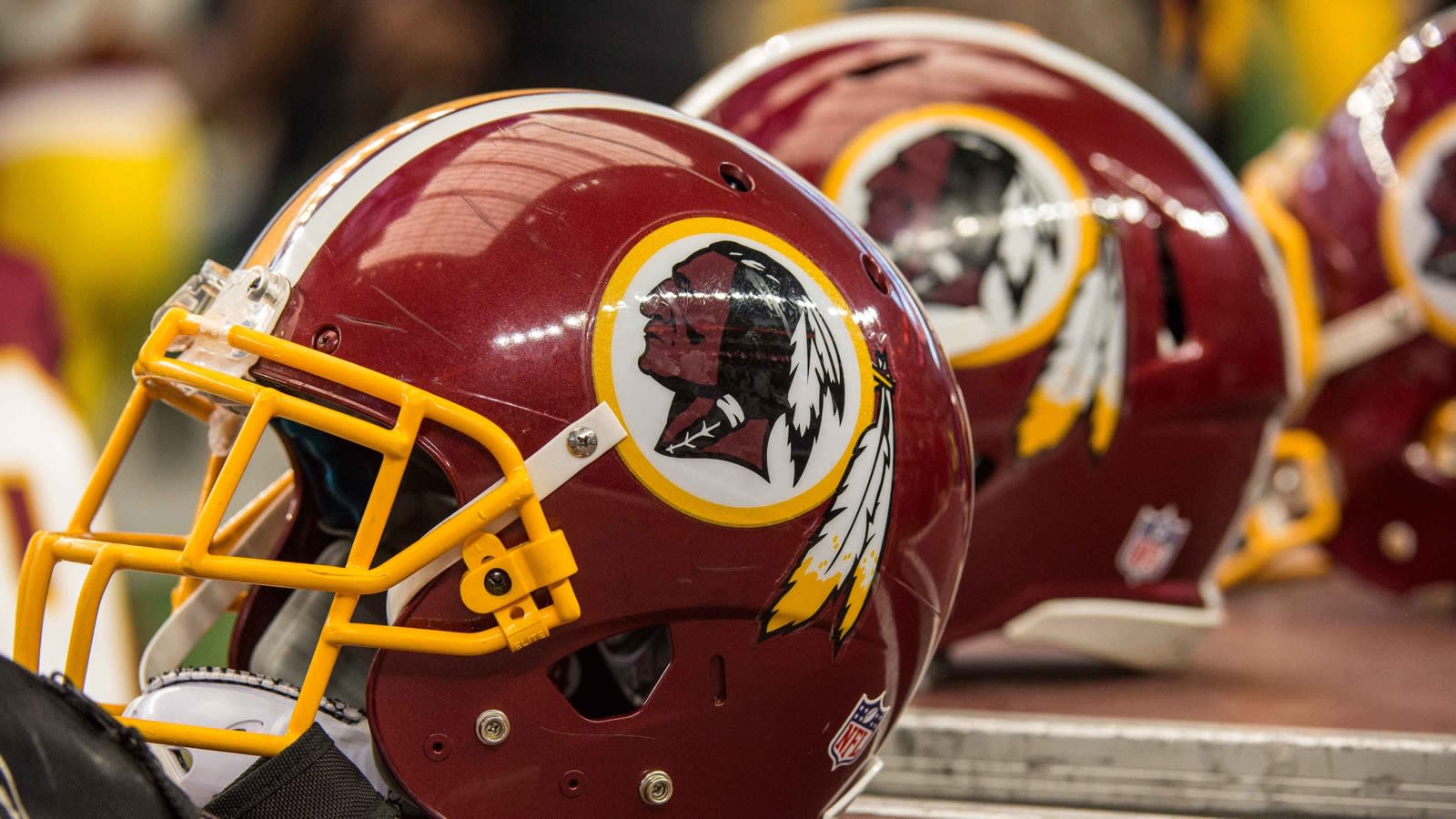 With Red Wolves becoming a fan-favorite for the Washington Football Team’s new mascot, one fan has brought the name to life with incredibly detailed and realistic logo and uniform designs for the hypothetical name.

His away uniforms are the inverse with a white jersey with burgundy and gold numbers and sleeve stripes, burgundy pants with gold stripes, white socks and shoes and the same helmet as the home uniform.

Both the home and away uniforms use a logo that shows a red wolf inside a circle with a gold tail coming off the back.

Additionally, Senghor created an alternate uniform, which is predominately burgundy with white accents and a white helmet. This uniform would feature a different logo that has gained traction among fans of the hypothetical name. The logo includes the letter ‘R’ inside a circle with the shape of a wolf outlined in the letter. Both of the designer’s logos resemble the shape of the previous logo used by the team.

These Red Wolves designs have led to a movement, which even the team’s new president Jason Wright acknowledged. He admired the fans’ passion for creating these designs to encourage the team to select their favorite name.

“This is a very aggressive campaign around Red Wolves, which is wonderful,” Wright said. “The passion is fantastic. You have fans that are so engaged on this and we are absolutely going to harness this.”

While Washington Football fans will have to wait until next season for the team’s official announcement of the new name, designers’ inventive creations have made a variety of names seem like potential realities and keep fans excited eager to see what the final decision will be.