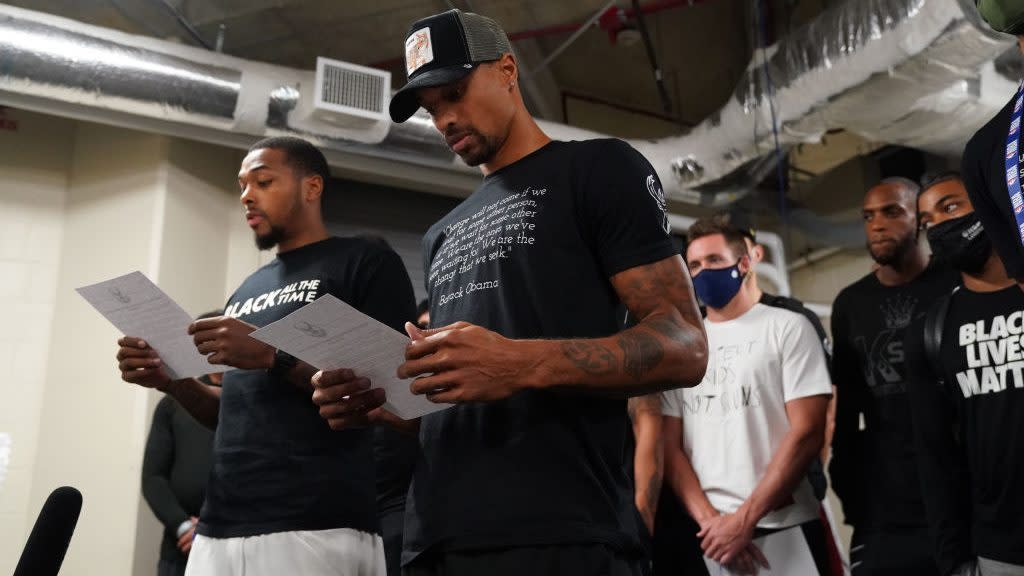 NBA players went on strike, clashed with each other then ended their strike only a day later before their big meeting with owners and before any tangible gains were announced.

How did they get to that point?

The Bucks – seeking justice for Jacob Blake and the Wisconsin State Legislature to address police accountability, police brutality and criminal justice reform – chose not to play Game 5 against the Magic on Wednesday. Milwaukee didn’t alert other teams of this plan, and suddenly everyone was scrambling.

Orlando refused to accept a forfeit. Playing next, the Rockets and Thunder also decided not to play. The Lakers and Trail Blazers, scheduled for the late game, followed suit.

Suddenly, NBA players were effectively in a league-wide strike.

But the Bucks never meant to start those dominoes falling.

The Bucks, who are up 3-1 in the series, intended to force a forfeit and were willing to take the loss and forgo the opportunity to close out the series, but the organization did not anticipate being the catalyst for temporarily shutting down the league, sources said.

It’s difficult to attribute Milwaukee’s plan to a single motivation. The players obviously wanted to spur change. But they also might have also just not been in a mental position to focus on basketball (which would be totally reasonable).

Ideally, the Bucks would have recognized how other players would respond to their decision, though.

However, those other players also bear responsibility for their own actions. They walked into a strike without understanding the goals – which turned out to be none, because it was never intended to be a strike. Sometimes, there’s too much focus on unity rather than finding the best methods for protesting. Someone from the Rockets, Thunder, Lakers and Trail Blazers could have asked a Milwaukee player about the plan before jumping in.

But everything probably worked out well. The brief strike drew more attention to the Bucks’ issues. Owners agreed to do more, especially related to voting. With games postponed rather than canceled, players probably won’t lose salary.