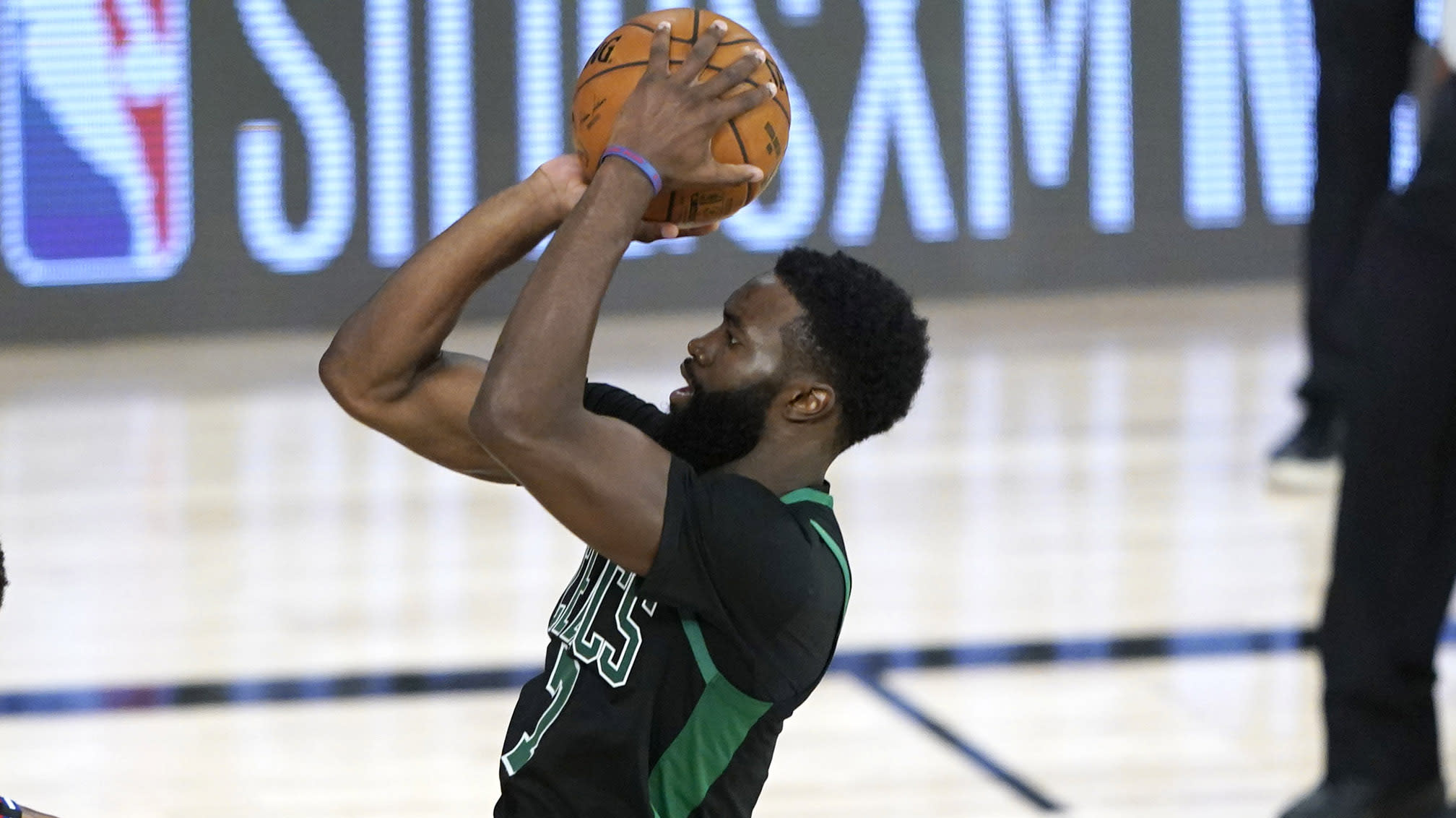 Good news, everyone! The playoffs are expected to resume by Saturday. After taking a vote on Thursday afternoon, a majority of the players decided to continue with the season, with the expectation being that Wednesday’s scheduled games will be played on Saturday and Thursday’s scheduled games will be played on Sunday. LeBron James, who initially voted to end the season in Wednesday’s vote, decided to go with the majority in Thursday’s final tally.

Ultimately, the players felt they might as well gut in out in Orlando, as they have some sense of normalcy returning with their family members being cleared for The Bubble, and they feel they have a larger platform now than they would away from the games.

Jaylen Brown, according to a source of Marc J. Spears of The Undefeated, challenged everyone at the players-only meeting, saying, “What is your plan if you leave The Bubble and the season and go back home?” Brown then asked if they planned to go home to protest and fight against police brutality, racial injustice, and more, or if they were just going to go home and hang out with their families and friends. The message was well-received.

Andre Iguodala, the vice president of the NBPA, made it clear that it’s important for everyone to be on the same page. Reporting has revealed that the Bucks caught everyone off guard with Wednesday’s boycott of Game 5, and that decision was made less than a half-hour before the game. Emotions were running high following the shooting of Jacob Blake in Kenosha, Wisconsin, and just a day after that event, and two days before the decision to strike, George Hill revealed the tone of Milwaukee’s locker room:

“We can’t do anything. First of all, we shouldn’t even have come to this damn place, to be honest. Coming here just took all the focal points off what the issues are. But we’re here, so it is what it is. We can’t do anything from right here. But definitely, when this all settles, some things need to be done. This world has to change. Our police department has to change. Us as a society has to change. Right now, we’re not seeing any of that. Live are being taken as we speak day in and day out. There’s no consequence or accountability for it. That’s what has to change.”

Despite the semi-chaotic nature of Wednesday’s boycott that turned into a strike, the Bucks made a powerful statement, and it is worth pointing out that they did get a hold of Wisconsin Attorney General, Josh Kaul, and Lieutenant Governor Mandela Barnes.

Barnes advised them to “push for action at every level of government.” Interestingly, it was revealed during the players-only meeting that only about 20% of NBA players are registered to vote, but Chris Paul, the president of the NBPA, implored everyone to register and get out the vote.

In a separate meeting that included the owners and coaches, the financial implications of ending the season were discussed, with an abrupt ending resulting in a 15-35% reduction in salary – compared to just a 5% loss if they completed The Bubble playoffs. The financial implications for next year remain unclear, but the league is set to take a massive hit given that 40% of their revenue is derived from game day receipts. That’s going to make free agency and extensions tricky this offseason.

Michael Jordan served as a good liaison between the players and owners, urging the owners to stay patient and allow their guys to express their frustration, while also making the case to the players that these playoff games can serve as their most visible platform to demand social change.

According to Shams Charania of The Athletic, the players challenged the owners to be more proactive, and less reactive with regards to social justice changes; and demanded they do more than just financial commitments.

So far, the NBA and NBPA have decided to create a $300 million fund to empower black communities, and they will create companies to work on player-created initiatives on a daily basis.

On the fantasy side of things, Damian Lillard (knee) and Aaron Gordon (hamstring) left The Bubble to get further treatment on their injuries, so they’re assuredly done when play resumes. Anfernee Simons might be logging 40 minutes in Game 5 and Gary Trent Jr. should be a bit more involved in the offense. Obviously, C.J. McCollum, Carmelo Anthony and Jusuf Nurkic will see a large uptick in usage without Lillard out there.

When Rick Carlisle talked about Kristaps Porzingis (right, non-surgically, totally normal knee) on Wednesday, under the assumption that Game 6 would occur on Thursday, he said he “wasn’t optimistic” about KP’s chances of getting out there. It’s unclear if the extra time off will change anything, but Carlisle also mentioned that the “sore knee” label wasn’t fair, because if it were just a “sore knee” he’d be playing. That indicates something more serious, despite recent MRI’s revealing no structural damage, so this is very concerning for a guy with a checkered injury history. When the playoffs started, I was thinking about taking Porzingis with an early, second-round pick next year. Now I’m not sure if I’d be interested at Round 5.

The few extra days may be enough for Gary Harris (hip) to finally get out there. He’s been making progress, but coach Mike Malone won’t put him on the floor until he feels comfortable. He might be a game-time call, but if he does play, he’ll likely shift Torrey Craig back to the second unit. Harris will likely be on a minutes limit in his first game back, so he wouldn’t be a great DFS option.

Patrick Beverley (calf) could also be ready to play, considering he was seen going through a rather intense workout ahead of Game 5 on Tuesday. If he is able to get back out there, there will be fewer minutes available for Landry Shamet and Reggie Jackson.

So that’s it. The playoffs will be back this weekend and we should be crowning a champion by October.