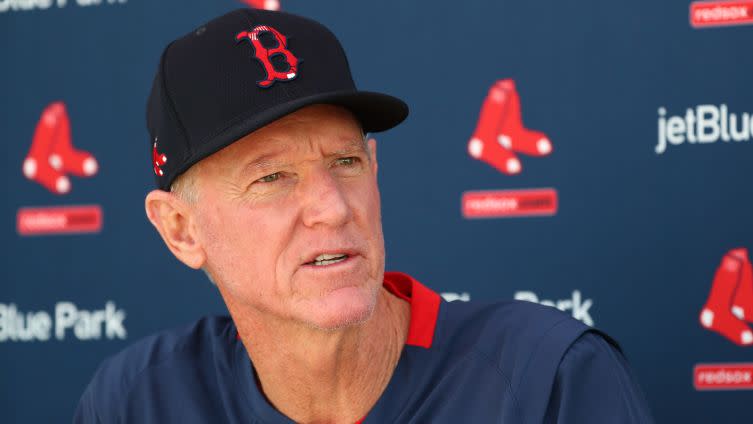 The Boston Red Sox decided against playing their Thursday night game vs. the Toronto Blue Jays as teams across the sports world protest racial injustice in America.

The protests come in the wake of Tuesday’s shooting of Jacob Blake by a Wisconsin police officer. After the NBA’s Milwaukee Bucks boycotted their Game 5 matchup with the Orlando Magic, several other teams followed suit. The Red Sox, however, went ahead and played their Wednesday night game vs. Toronto.

After Jackie Bradley Jr. — the Red Sox’s lone Black player — chose not to participate in Thursday’s game, the team decided to postpone it. The Red Sox held a team meeting to discuss the ongoing issue of racial injustice in the country, and manager Ron Roenicke tearfully spoke about the meeting during his press conference.

“Well, I’ll tell you it was emotional,” Roenicke said of the team meeting. “I’m listening to Jackie, I’ve got tears in my eyes, I’m listening to [first base coach Tom Goodwin], I’ve got tears in my eyes. This is really an important time in our country, and what are we gonna do? These guys have a platform to be able to discuss some things that are serious issues in our country that we need to straighten out. And I think we know how important baseball is, we understand that. That’s why we’ve been playing. We’re playing through the pandemic that’s going on, so we know it’s all important.

“But we know the issues in life are more important. And listening to Goody and Jackie talk, it makes a big difference in our lives and it should make a difference in everybody’s lives. If you’re a kid and you turn on the TV tonight and you don’t see that we’re playing, and you ask your parents ‘why aren’t the Red Sox playing?,’ I hope the parents have a serious discussion with their kids and tell them what’s going on, explain what’s going on because we need to discuss these things more. We need to listen more. That’s the only way we’re going to change.”

“This is a really important time in our country.”

An emotional Ron Roenicke reacts to Jackie Bradley Jr.’s comments during a team meeting today before the Red Sox decided as a team not to play tonight’s game. pic.twitter.com/KBeLlW3WLB