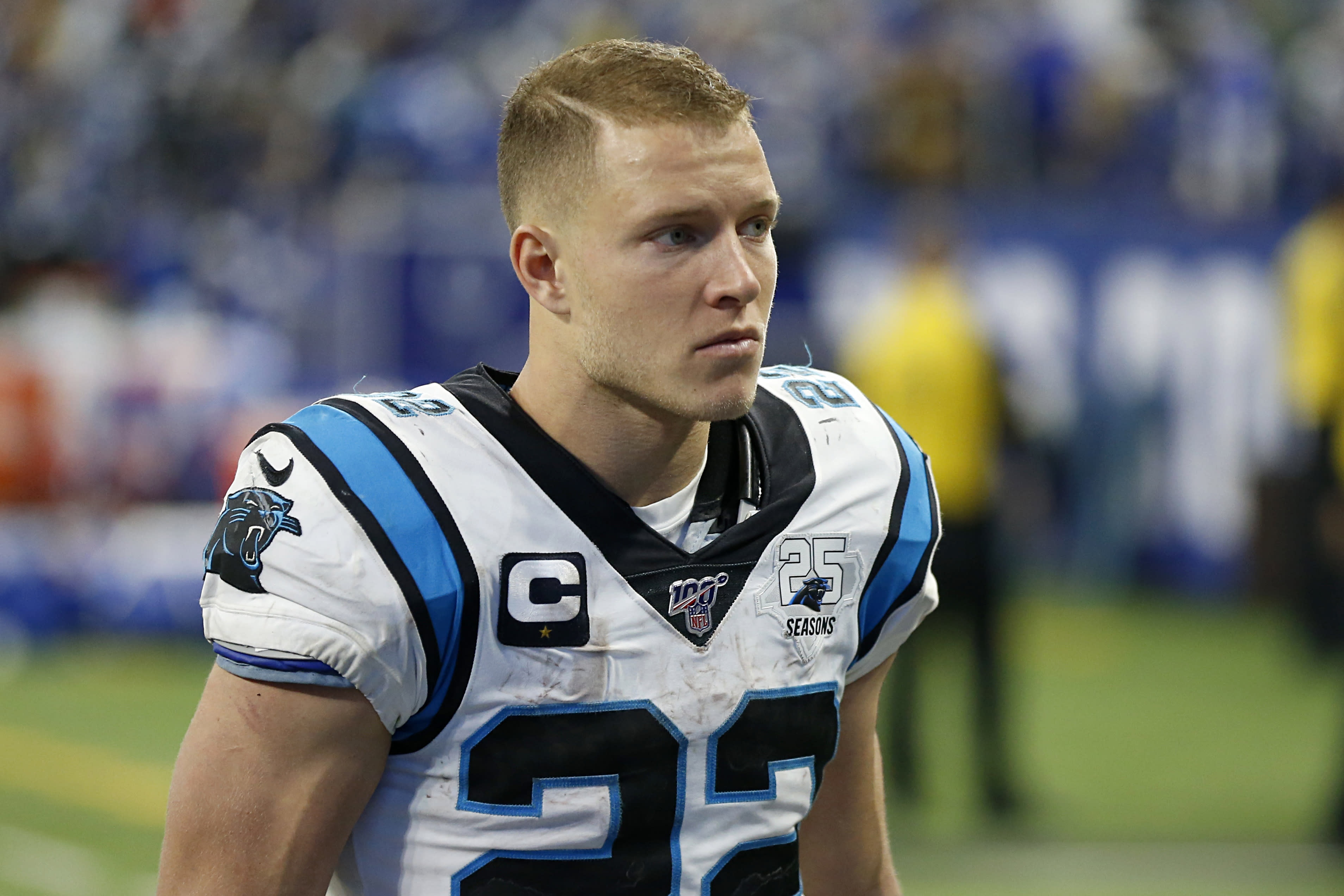 Getting the first pick in the draft is both a blessing and a curse, but if you plan accordingly, the spot can certainly pan out in your favor. The blessing portion, of course, grants you the elite running back of your choosing in 2020 and the ability to start positional runs throughout the draft. Spot 1 is also cursed with having to let 22 players off the board before you get to select your second guy, and you can also miss out on positional runs coming from the back end of the draft.

This year specifically, the first two rounds are incredibly running back heavy, so my plan is to start with a top rusher and then grab two stud WRs on the next turn, or perhaps one of the elite TEs if they happen to fall.

In this article, I will walk through a perfect draft with the first pick in a 12-team Yahoo half-PPR league. Each pick was optimized using projections and value-based rankings from the 4for4 Draft Analyzer tool.

Christian McCaffrey is the centerpiece of the Carolina offense and should repeat his RB1 performance from 2019 if he remains healthy. His 142 targets from last season were the most on record for a running back since PFR began tracking them in 1992 and, combined with carries, the Panthers’ back led the league in total touches (387) and was second only to Lamar Jackson in half-PPR points per game (26.1). It’s a no-brainer for me and I smash that draft button.

It should be noted that Draft Analyzer also gave me Michael Thomas and Travis Kelce, in the event you prefer a different roster construction.

Each round, Draft Analyzer suggests the top available suggestion along with four alternatives, as shown at the top of this section. Throughout the rest of the article, I will note those suggestions as well as my top alternative to the player that I actually selected.

Despite losing Matthew Stafford midway through the season, Kenny Golladay quietly ended 2019 as the WR5 in half-PPR formats. His size and speed create a nightmare matchup for opposing secondaries and if his QB can stay upright in 2020, Golladay should be in line for a WR1 output.

If Lamar Jackson had fallen to me here, I may have debated drafting him and pairing him with Mark Andrews with my next pick. However, taking a set of high-end WRs feels like the right move.

Draft Analyzer has Allen Robinson as my top suggestion after Patrick Mahomes, and I agree. I toyed with the idea of taking Mahomes here since he fell all the way to 3.01, but in redraft, I feel that I can get better value from the other positions at the top of the board and still get solid QB points in the middle of the draft.

Robinson was WR7 last season and he could see arguably the best QB play of his career in 2020, assuming Nick Foles gets the nod in Chicago. With two top-10 WRs and the best RB in the game, I am pleased with this start and hope these next few rounds are very WR heavy, which would benefit my roster on the next turn.

There were 12 WRs taken since my last pick, which played into my plan perfectly. I really wanted Chris Carson or James Conner to be here for my RB2 and I actually have the choice of either one. Last year’s RB11 in half-PPR formats, Carson gets no love from the fantasy community and I am always there to take advantage of it. Despite fumbling in each of the first three contests in 2019, the Seahawks gave him 20+ carries in the next five games, showing their confidence in him as the primary back.