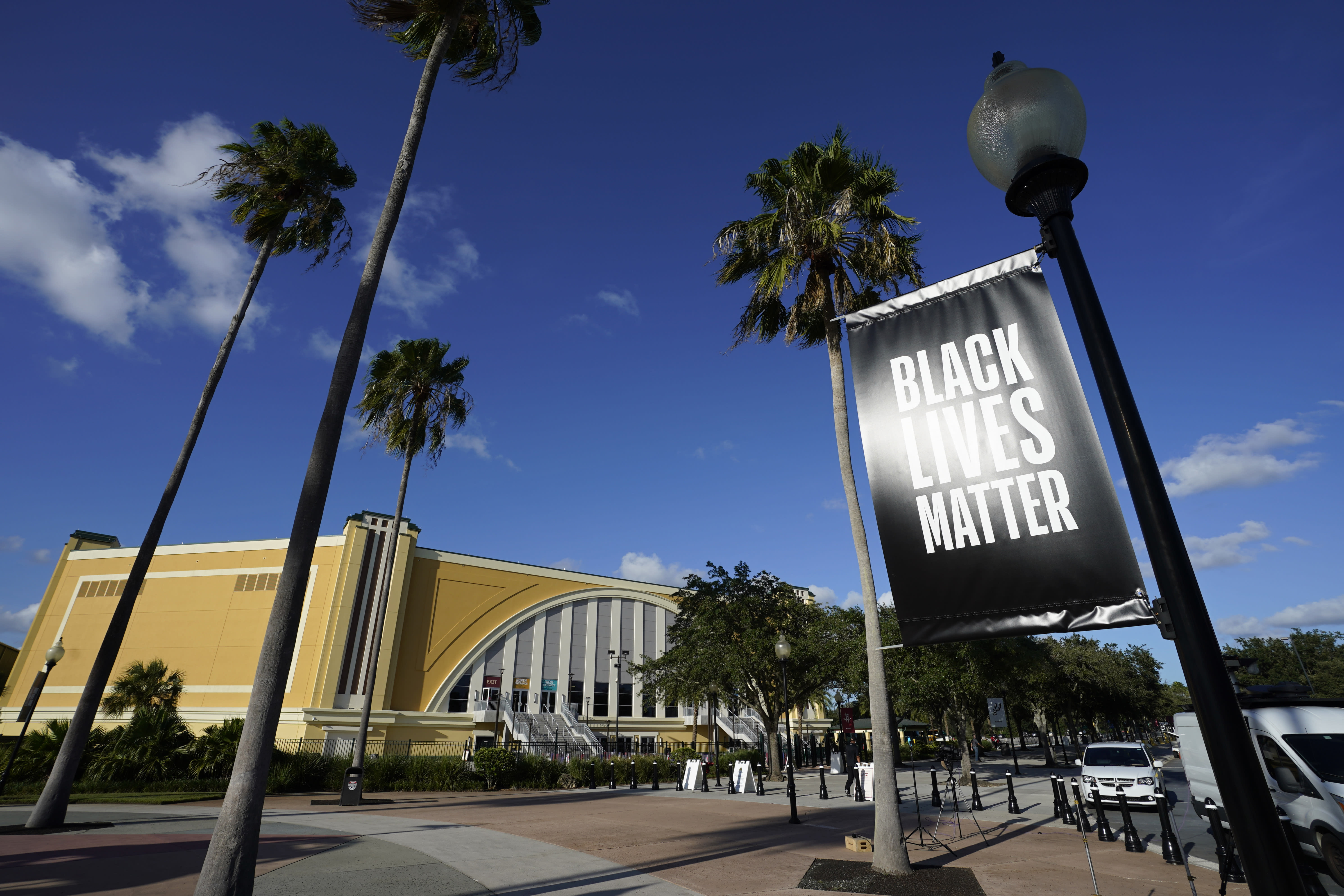 NBA players decided Thursday to end their brief strike and finish the playoffs. One reason, among many, is that playing games provides a far bigger platform to express their perspectives while promoting social justice causes.

The platform won’t reach everyone, of course. Not even close. There are millions of Americans who don’t want to hear anything from the players and are apparently offended at pretty much anything they do.

It’s too bad critics are so sensitive because there is rarely anything lost by listening. Doesn’t mean you have to agree. Doesn’t mean that the perspective of well-meaning law enforcement isn’t also worth considering.

We should all try some “shut up and listen.” It’s not like the current way is working so well after all.

Protesters are often told that their actions — or the actions of the most out of control among them — ruin whatever message they are trying to express. Optics. Narrative. Well, as protests go, what NBA players did was as non-violent and non-intrusive as it gets. All that happened is they didn’t play basketball.

No vandalism. No fires. No looting. No casualties at all, except maybe to the midweek entertainment options of basketball fans. Instead, they held a couple of meetings in a Disney World hotel.

This can’t be characterized as un-American either (although, really, wasn’t the Boston Tea Party an exercise in looting and vandalism?). This didn’t take place during the national anthem or involve the American flag or anything like that.

They didn’t even demand anyone stop flying the Confederate flag.

So if not now, when? If not this way, then what way?

Maybe those aren’t popular values in America these days, where rants and mean tweets and exploitive media on all sides profit off division and discomfort.

That kind of thinking suggests that NBA players shouldn’t express an opinion about what is happening in their communities and their country because they didn’t speak out forcefully enough about what’s going on in Hong Kong. It’s a bizarro purity test/talk-show trick designed to silence dissent. If it weren’t China, it’d be something else.

It works. Lots of people fall for it.

Those smart enough to see through it are the winners. You never lose by learning.