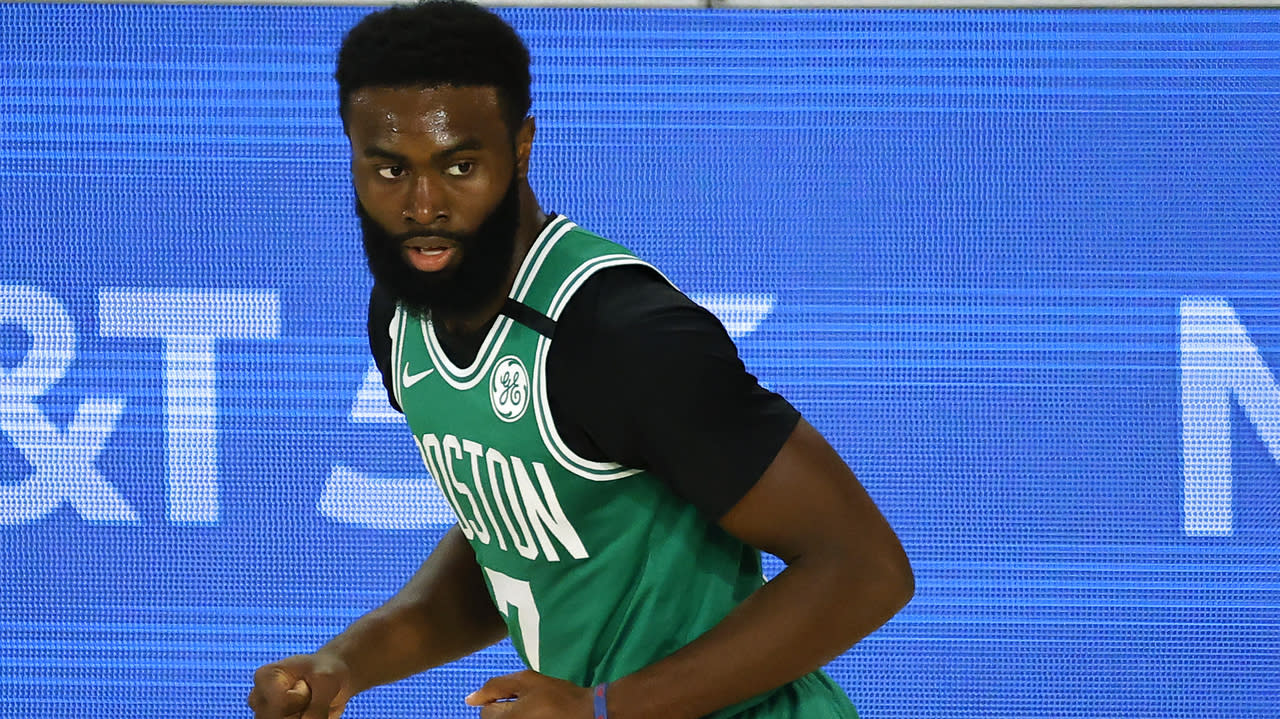 Jaylen Brown has kept his priorities in order since entering the NBA bubble. Now, the Boston Celtics star wants his fellow players to do the same.

The remaining teams in Orlando reportedly held an “all-hands” meeting Wednesday night after the Milwaukee Bucks boycotted their playoff game against the Orlando Magic in protest of a white police officer in Kenosha, Wisc., shooting Jacob Blake, an unarmed Black man, several times in the back Sunday.

The Bucks’ boycott led to Wednesday’s two other playoff games being postponed, and players and coaches reportedly discussed Wednesday night if they should halt the postseason altogether.

According to ESPN’s Marc Spears, that’s when Brown brought up an important point. From Spears on SportsCenter Wednesday night:

In Brown’s view, players only should leave the NBA bubble if they intend to actively protest racial injustice and continue their work to end systemic racism. If not, the boycotts would be a “waste of time,” Spears noted.

The 23-year-old has made the most of his time off the court to shine light on systemic racism in America: He helped lead a protest in Atlanta in June following the killing of George Floyd and has demanded justice in the wake of police shootings of Breonna Taylor and Blake since entering the NBA bubble.

Brown apparently was vocal in Wednesday’s meeting, too: He pushed back against those demanding the Bucks explain their decision to boycott Wednesday’s game, per ESPN’s Adrian Wojnarowski.

Sources: As some in tonight’s meeting wanted to hear Bucks’ explanation for making an abrupt decision independent of rest of teams to boycott game, Boston’s Jaylen Brown essentially said that the Bucks didn’t need to explain themselves and he fully supported what they did today.