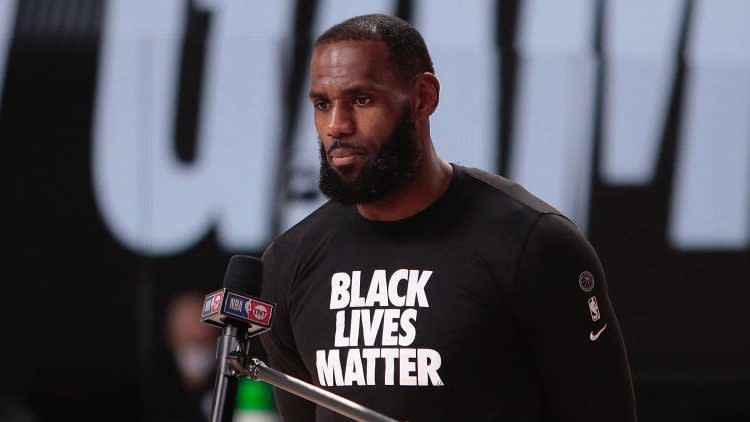 Wednesday night LeBron James was adamant that the NBA not continue the playoffs and walked out of the players’ meeting after casting his vote. LeBron’s frustration was evident for everyone to see on Twitter.

Miami’s veteran sage Udonis Haslem then stood up and asked if there could be a playoffs without LeBron and Kawhi Leonard? Haslem then talked about the platform, the megaphone the players had with the bubble and games, the opportunity they had to be sure their voices were heard.

LeBron and other Lakers players met several times late into the night in the Orlando bubble and had changed their position — it was in the best interest of all the players to finish the season, something first reported Chris Haynes of Yahoo Sports and echoed by Tania Ganguli of the Los Angeles Times.

The Lakers players met as a group a couple of times since last night’s meeting, including this morning before they went into the group meeting with the rest of the teams. https://t.co/EQRi9fwhhB

LeBron James expressed a desire to go home during the players’ meeting Wednesday but had a change of mind if not heart — he understood it was best for the players and best for the league that the playoffs continue. He also understood his role in all that.

LeBron and the Lakers agreeing to play was critical to keeping the NBA bubble going. A playoffs without LeBron would have rung hollow, and not just on the court (where LeBron’s Lakers have looked like the best team in the West the last few games). The NBA needs his voice, his presence to make this work — the NBA is a league built on stars and he is the biggest basketball star in the world. His voice carries.

After the players voted Thursday to resume games, LeBron Tweeted about actions, not words.

Change doesn’t happen with just talk!! It happens with action and needs to happen NOW! For my @IPROMISESchool kids, kids and communities across the country, it’s on US to make a difference. Together. That’s why your vote is @morethanavote ✊🏾 #BlackLivesMatter