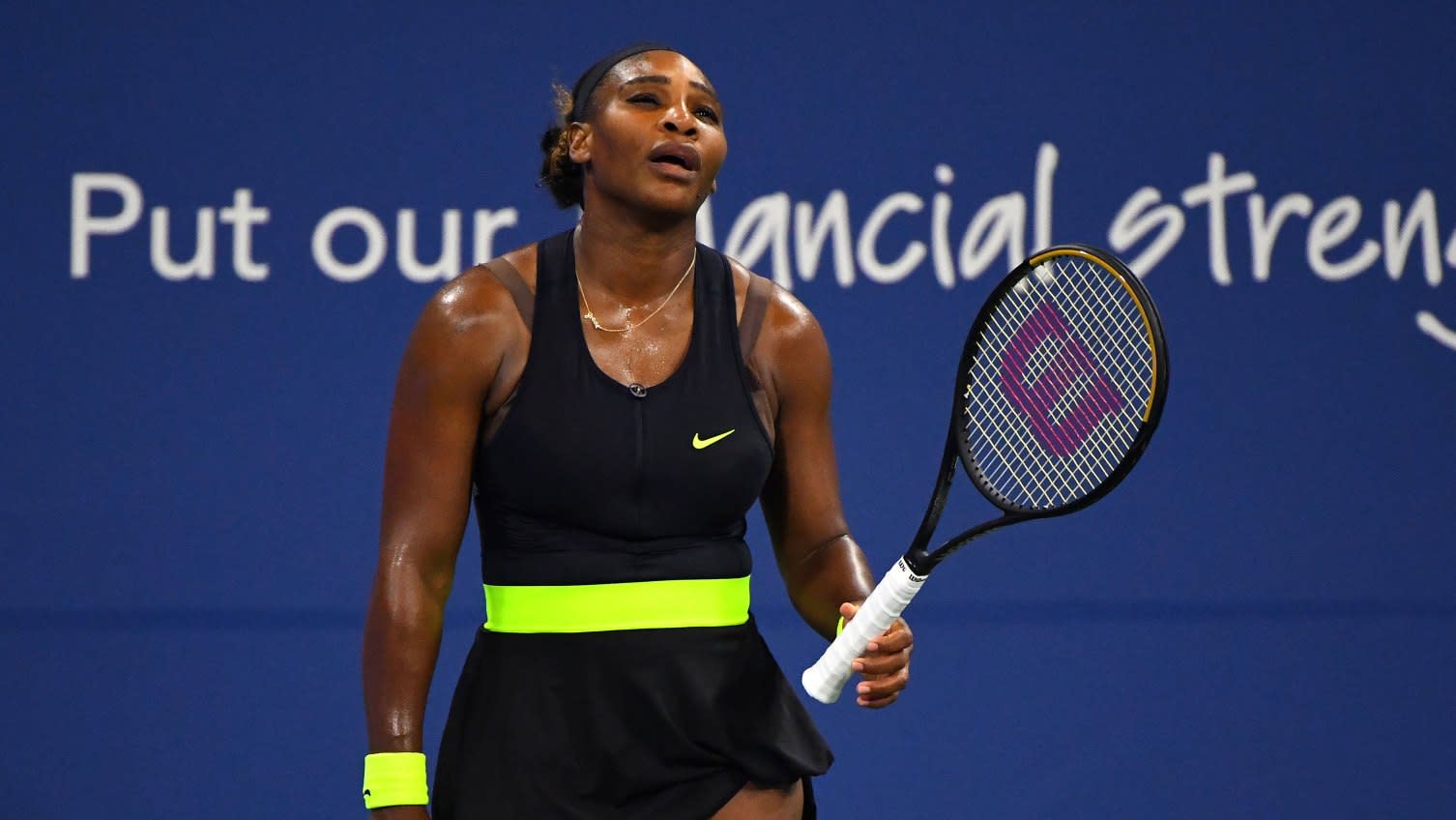 Serena Williams was flustered when she got called for taking too much time between points, flung away her racket after letting a lead slip away and finished surprisingly meekly in a 5-7, 7-6 (5), 6-1 loss to Maria Sakkari at the Western & Southern Open on Tuesday night.

This was Williams’ fifth match since professional tennis resumed amid the coronavirus pandemic after a hiatus of nearly six months – and all five have gone three sets. She is 3-2 in that stretch.

The result against No. 13 seed Sakkari, and particularly the way the match ended, was hardly promising for Williams as the U.S. Open’s start approaches next week.

The Western & Southern Open is usually held in Ohio but was moved to the U.S. Open’s site in Flushing Meadows this year to make for a two-event, no-spectator “bubble” during the pandemic.

Williams was seemingly in control early, serving for the first set at 5-3, 30-0, when things began to unravel. She missed two backhands in a row, then put a forehand into the net to set up a break point, and walked over to the stand holding her towel at the back of the court (the ball people normally handle towels for players, but not during COVID-19).

That’s when chair umpire Aurelie Tourte called a time violation. On the following point, Williams sailed a forehand long to get broken.

At the ensuing changeover, the 23-time Grand Slam champion argued with Tourte, saying: “I mean, I’m getting my own towels. That’s not fair. You should tell me on the sidelines next time if I need to play faster. Believe me, I will. … You didn’t even give me a warning.”

While Williams eventually did grab that set, she again frittered away a 5-3 lead in the second, plus a 4-1 edge in the tiebreaker. When she sat after the second set, the 38-year-old American tossed her racket over her shoulder the way an office worker might flip a crumpled piece of paper toward a trash can.

Williams came out flat in the third set, as if she’d rather be anywhere else. She double-faulted four times in the second game, including on Sakkari’s eighth break chance, to make it 2-0 and that was pretty much that.

Hours earlier, Novak Djokovic’s neck felt much better, and his tennis looked much better, in a 6-2, 6-4 victory over unseeded American Tennys Sandgren that improved the No. 1-ranked man to 20-0 in 2020.

“Actually, I’m pleasantly surprised with the way I recovered and felt today – just overall, physically, but also with the neck, specifically, because that was a little bit of a concern,” said Djokovic, who will be eyeing his 18th Grand Slam title at the U.S. Open. “Going back four, five days, I did struggle quite a lot.”

Djokovic was treated by a trainer and played sluggishly in his opening match Monday, but he was at his best from the outset against Sandgren and saved all four break points he faced.

Djokovic will face 34th-ranked Jan-Lennard Struff in the quarterfinals. The other quarterfinal in the top half of the draw will be defending champion Daniil Medvedev against No. 8 seed Roberto Bautista Agut.

Also interrupted by the weather was three-time Grand Slam champion Andy Murray’s 6-2, 6-2 loss to 2016 Wimbledon runner-up Milos Raonic, who has held all 29 games he’s served so far in the tournament.

“It was poor. Didn’t play well. It was not a good day,” said Murray, who hadn’t competed since November because of a pelvic injury and is playing on a metal hip after two operations on that joint. “The positives are that I got three matches in. Physically, I pulled up OK.”