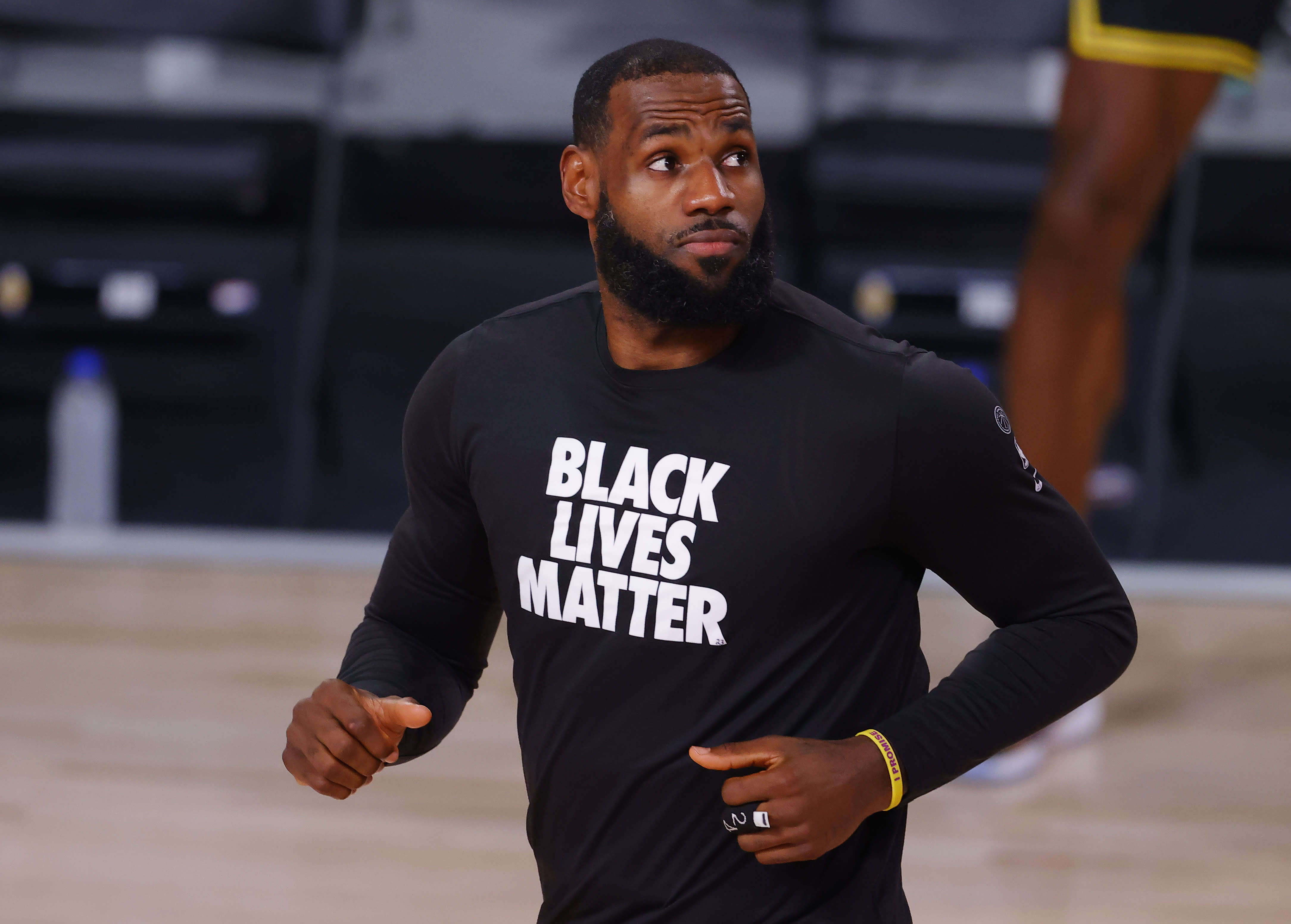 What you saw from LeBron James and George Hill on Monday night were different sides of Black despair, on full display, when they came to the hard realization that finding a path to winning the war against racism won’t be easy to identify.

The stunning visual of Jacob Blake being shot from behind multiple times by Kenosha, Wisconsin, police prompted the second-guessing from Hill about resuming play, and the exasperation from James, who tried to cover his anger with a wry smile.

Blake is still alive, but, according to his father, is at least temporarily paralyzed from the waist down.

Another victim, another hashtag, but, thankfully, not another death, and, rightfully, it struck a chord with NBA players.

The conference-leading Bucks and Lakers took commanding 3-1 leads Monday against their eighth-seeded opponents, moving one game away from advancing to the next round of the playoffs. Not only did the shooting reinforce that winning this battle against police violence against unarmed Black men won’t be easy, but the fact it happened near an NBA backyard showed their statements and gestures held very little weight in the outside world.

Almost like being in a bubble of a different kind.

Hill openly questioned whether the players should even be playing amid all the turmoil, that the return to play was a mistake. Even if the NBA wasn’t roaring full-speed ahead, it’s hard to see how that incident would’ve been prevented, and it’s even more difficult to project how many would-be incidents haven’t happened because of what the NBA is doing.

“We’re down here playing in the bubble to do things for social justice,” Hill said. “And to see it still going on … it’s just a really messed-up situation right now.”

Nuggets coach Mike Malone noted Monday was the one-year anniversary of the death of Elijah McClain, a 23-year-old who was killed by police on a walk home from a convenience store in Aurora, Colorado.

It has been happening, and judging by recent events and a lack of accountability, it’ll continue to happen.

“I’ll be honest, I don’t think there’s anything we can do here that’s going to stop what is happening across the country, with the latest example in Kenosha,” Malone said.

It’s impossible to draw a straight line from awareness to prevention, in large part because so many are dedicated to a belief that racism is fictional and that there isn’t a problem at the root of these shootings of Black men.

And also, it’s hard to imagine a police officer announcing he didn’t shoot a Black man simply because he subconsciously heard basketball players shaming him.

That’s what makes this situation — placing the responsibility on Black NBA players because they have the biggest megaphone — impossible to gauge.

The signage and symbols are so loud, how can the movement be ignored? Only if one chooses to, hence James stating what should be obvious to anyone with a shred of empathy.

“I know people get tired of hearing me say it, but we are scared as Black people in America,” James said after the Lakers’ Game 4 win over Portland on Monday night. “Black men, Black women, Black kids, we are terrified.”

Every emotion has been tapped into.

The players have stood or kneeled in unity.

Players like Damian Lillard put “How Many More” on the back of their jerseys, but how much more can they take?

Toronto’s Fred VanVleet made mention of the players going nuclear: boycotting the start of the Raptors’ second-round series against the Boston Celtics.

“But, at the end of the day, if we’re gonna sit here and talk about making change, then at some point we’re gonna have to put our nuts on the line and actually put something up to lose, rather than just money or visibility,” VanVleet said. “I’m just over the media aspect of it.”

Of all the emotions displayed, the most important has been fear. Given the stigma surrounding the notion that Black folks are defiant and resistant to authority, fear has been a consistent theme with NBA players. James, with all of his money, fame and earned privilege, stated fear as the dominant factor in dealing with the police.

If one of the most recognizable athletes on the planet feels that, what about the average person?

Black people have to live with fear that’s not chosen and unavoidable. Law enforcement has little fear of repercussion or accountability, and racism and hatred of Black people have been part of America for 400 years.

That’s where the despair sets in, after the obvious visual evidence is often met with disbelief. The NBA’s players came to the Orlando bubble for multiple reasons: to finish their season and save the future of their sport, to competitively crown a champion and to raise awareness to these issues — even if one could say they worked with the system as opposed to fighting it.

They were taking on such a Herculean task that ridding the world of this illness couldn’t be accomplished in two weeks or two months. That ambition could be why the depths feel so low today.

There’s a start and a finish to every playoff series, and a player can pace himself for the inevitable ending, even if he takes an “L.”

The despair sets in when you realize that as powerful as you are, you can’t dictate the end of police brutality, nor do you know when — or if — it’ll actually occur.