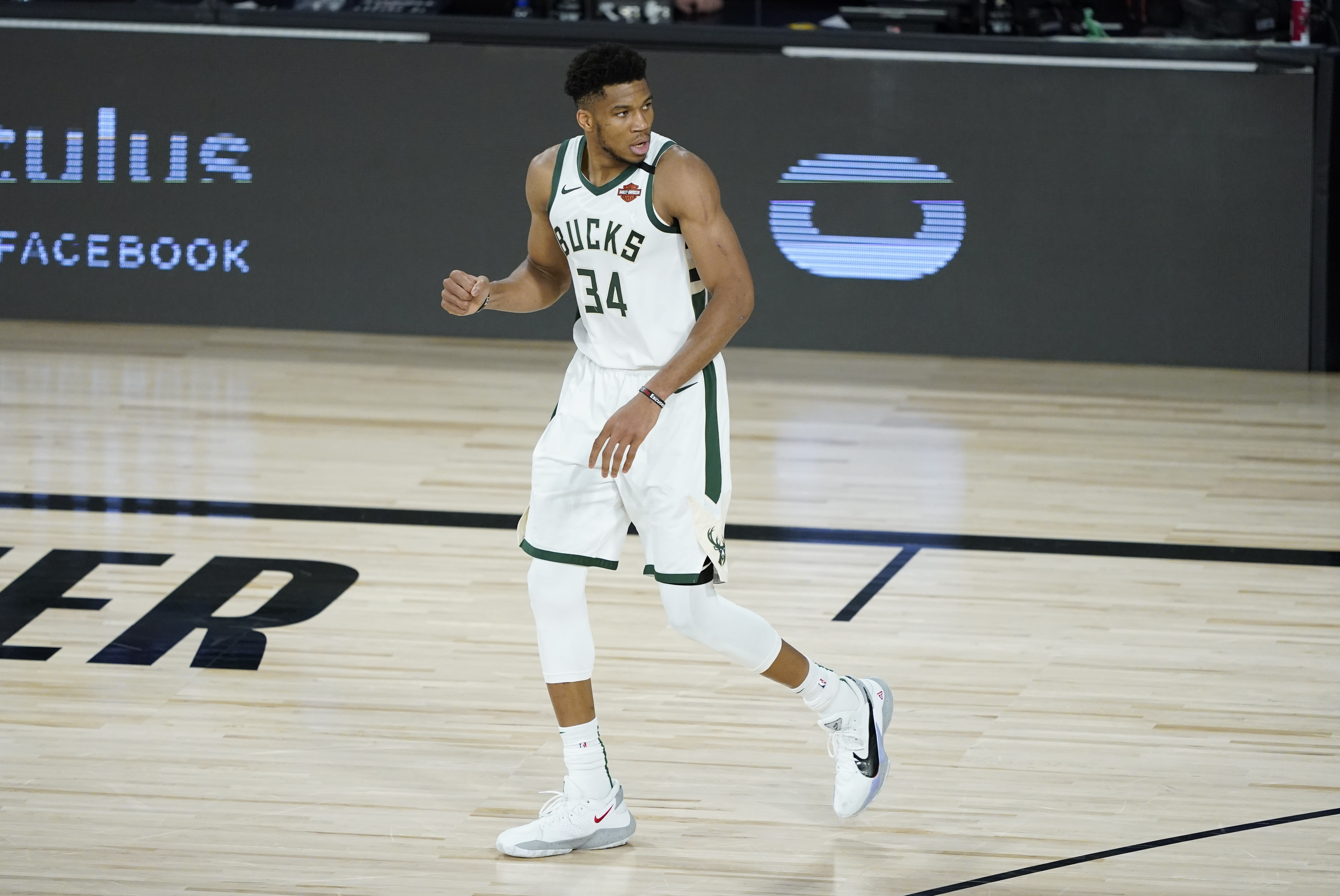 The Milwaukee Bucks did not take the floor for Wednesday’s playoff game against the Orlando Magic and are boycotting in the wake of the shooting of Jacob Blake.

All of Wednesday’s NBA games have since been postponed.

The Magic initially took the court for pregame warmups, but left after Bucks players didn’t show up.

After the game was postponed, the Houston Rockets and Oklahoma City Thunder planned to boycott their Wednesday evening matchup according to The Athletic’s Shams Charania. The Portland Trail Blazers and Los Angeles Lakers are considering doing the same for their Wednesday night Game 5, according to Yahoo Sports’ Chris Haynes.

The NBA later announced the postponement of the three games scheduled for Wednesday.

“The NBA and the NBPA today announced that in light of the Milwaukee Bucks’ decision to not take the floor today for Game 5 against the Orlando Magic, today’s three games – MIL-ORL, HOU-OKC and LAL-POR have been postponed,” a joins statement from the NBA and NBPA reads. “Game 5 of each series will be rescheduled.”

Talks of a boycott surfaced after the shooting of Blake, a 29-year-old Black man and father of three. Video surfaced late Sunday of police in Kenosha, Wisconsin shooting Blake in the back multiple times, leaving him paralyzed from the waist down, according to his father.

Some players were hesitant to participate in the NBA restart, wary of taking focus off the nation’s race reckoning in the aftermath of George Floyd’s death at the hands of Minneapolis police. The shooting of Blake has renewed those concerns, with players in the bubble in active talks with the player’s union about boycotting playoff games.

Sources told Yahoo Sports’ Chris Haynes that a sizable faction of players are psychologically distraught by the shooting. The shooting has led to days of unrest and protest in Kenosha that have resulted in two shooting deaths. A white 17-year-old named Kyle Rittenhouse of Antioch, Illinois was arrested Wednesday on suspicion of first-degree intentional homicide

“We shouldn’t have even come to this damn place, to be honest,”  Hill said on Monday. “I think coming here just took all the focal points off what the issues are.”

Toronto Raptors guard Fred VanVleet echoed Hill’s sentiment on Tuesday in support of a Bucks protest. Kenosha is around 45 miles south of Milwaukee.

“Would it be nice if, in a perfect world, we all say we’re not playing, and the owner of the Milwaukee Bucks — that’s going to trickle down,” VanVleet said on Tuesday. “If he steps up to the plate and puts pressure on the district attorney’s office, and state’s attorney, and governors, and politicians there to make real change and get some justice. I know it’s not that simple.

“But, at the end of the day, if we’re gonna sit here and talk about making change, then at some point we’re gonna have to put our nuts on the line and actually put something up to lose, rather than just money or visibility.”

“Some things are bigger than basketball,” Lasry wrote on Twitter. “The stand taken today by the players and org shows that we’re fed up. Enough is enough. Change needs to happen. I’m incredibly proud of our guys and we stand 100% behind our players ready to assist and bring about real change.”

Lasry is the son of team co-owner Marc Lasry.