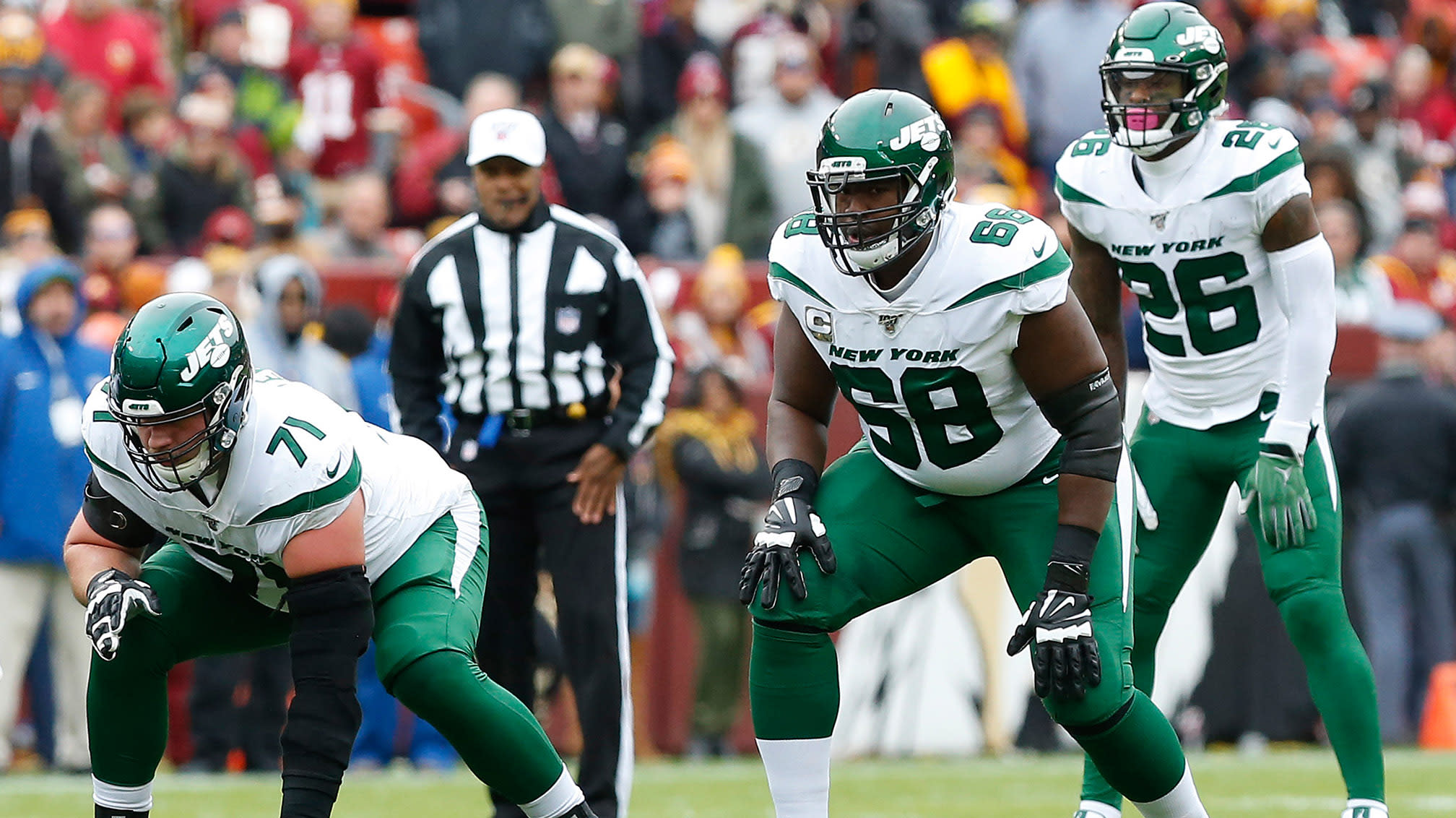 When we evaluate players for an upcoming season, there are a ton of metrics we use to rank the skill positions. There are team changes, coaching changes, rookie draft picks, and injury history, not to mention past season performance data, just to name a few.

While all of these are important when breaking down a player’s opportunity, there is another measurable that affects the execution of the offense in its entirety: The offensive line.

The O-Line is the backbone of the offense. Not only does it protect the quarterback and create holes for the running backs, a healthy and cohesive offensive line allows a play to develop for successful drives to the end zone. We bring up terms such as “better overall,” “much improved,” or “healthy” O-Line, but have these phrases become so ubiquitous that we are not truly understanding exactly what they mean? How much attention should we be giving poor offenses that have made upgrades to their offensive line?

Let’s take a look at three teams who had sub-par finishes in 2019 but who may be hiding fantasy gems in 2020 due to improvements to their offensive lines.

Per Pro Football Focus’ (PFF) grades, Most Improved Offensive Lines in the NFL Offseason, and our own Tracking the NFL’s Offensive Line Continuity by Ian Hartitz.

2019 was supposed to be a big year for the Cleveland Browns. With pieces like Odell Beckham Jr., Jarvis Landry, Nick Chubb, and Kareem Hunt, QB Baker Mayfield was expected to break out in his sophomore campaign after a promising rookie season.

In case you missed it, that didn’t happen. Mayfield finished as the QB19, throwing just one more touchdown than he did interceptions. The offense was in the bottom 10 in points, total yards, total offense, first downs, and passing yards, just to name a few. The O-Line who had been vaunted in the offseason finished 2019 as 23rd worst in the league.

A majority of the blame can be attributed to poor O-Line performances, but also to poor offseason moves by the Browns management (surprise, surprise) and injury. The Browns, for once, made the right call and put the offensive line as a priority to rebuild heading into 2020.

Two of the three returning starters, Bitonio and Tretter, are among PFF’s top rated offensive linemen who could not overcome the rest of the line’s ineptitude. Bitonio is ranked 12th out of 83 at the guard position and Tretter is 10th at center. Guard Wyatt Teller brings much needed pass-blocking chops, but needs to work on his run blocking.

Addressing the run block issues, the Browns picked up T Jack Conklin and drafted T Jedrick Wills. Conklin ranked 10th in PFF grades last year with outstanding numbers in both run and pass blocking at 83.7 and 73.9 respectively. He made quite the impact in Tennessee as an instrumental piece to RB Derrick Henry’s monster production.

Wills, like most rookies in the NFL, will be a wild card but he is an athletic beast of a run blocking O-Lineman. He led his tackle class in big-time blocks, moves with explosive power, and is versatile in whichever scheme he needs to execute. It shouldn’t take him long to gel with the Browns’ veterans on the line.