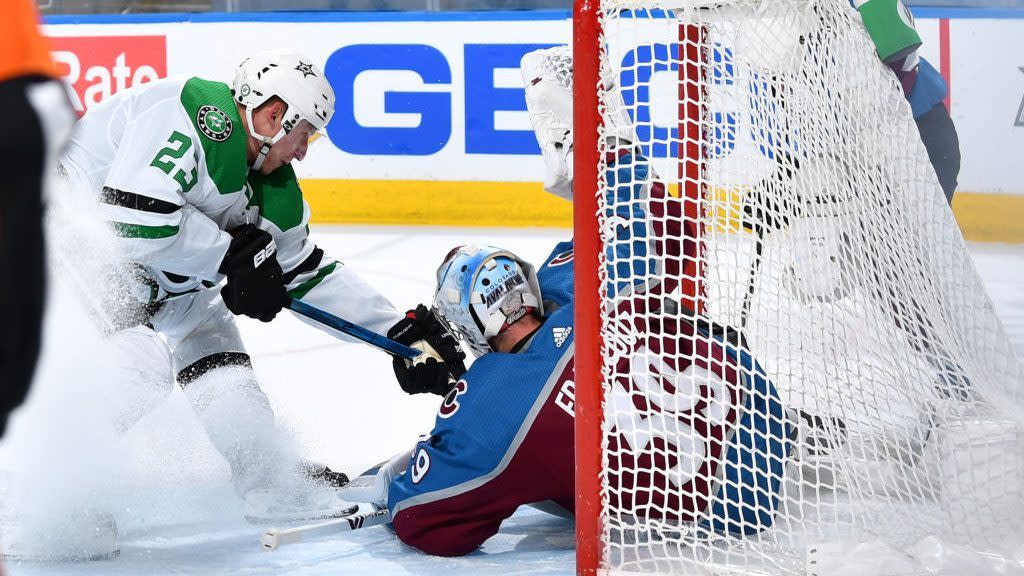 The Avalanche have to be reeling after falling behind 2-0 in their Second Round Series against the Stars. The Avalanche also might be seething about Esa Lindell‘s 4-2 goal surviving the review process during the Stars’ 5-2 win in Game 2.

You can watch multiple replays of that 4-2 Lindell Stars goal from Game 2 in the video above. (Also, enjoy the soothing tones of Enya!)

The NHL “Situation Room” review was terse, merely stating that the officials’ on-ice call of a goal stands. What about the Avalanche, from coach Jared Bednar to the players? Shockingly, they weren’t happy.

“I don’t know how they’re going to explain this one,” Gabriel Landeskog said, via Ryan S. Clark of The Athletic.

Bednar said he didn’t know if it crossed the line, and that he wished officials would have blown the play dead if they were unsure:

Ultimately, Esa Lindell’s 4-2 goal counted. The Avalanche can only ask “What if?” so much, since they couldn’t match Alexander Radulov‘s eventual game-winning 3-2 goal.

But, much like with Rod Brind’Amour wondering about a call to the point of getting fined during the First Round, one can get abstract and ponder domino effects. The Avalanche seemed to open the third period of Game 2 a little bit flat against the Stars, at least compared to their overall dominant play. Would that shock have resonated as much if it was merely a 3-2 deficit?

Either way, the Stars won 5-2 after adding an empty-netter, and Dallas leads the series 2-0. And it’s definitely not just about a single call.

That said, feel free to pour over the replays if you want to assess the call.

Pro Hockey Talk on NBC Sports. Drop him a line at phtblog@nbcsports.com or follow him on Twitter @cyclelikesedins.

No, Avalanche weren’t happy that Lindell’s 4-2 goal stood for Stars in Game 2 originally appeared on NBCSports.com