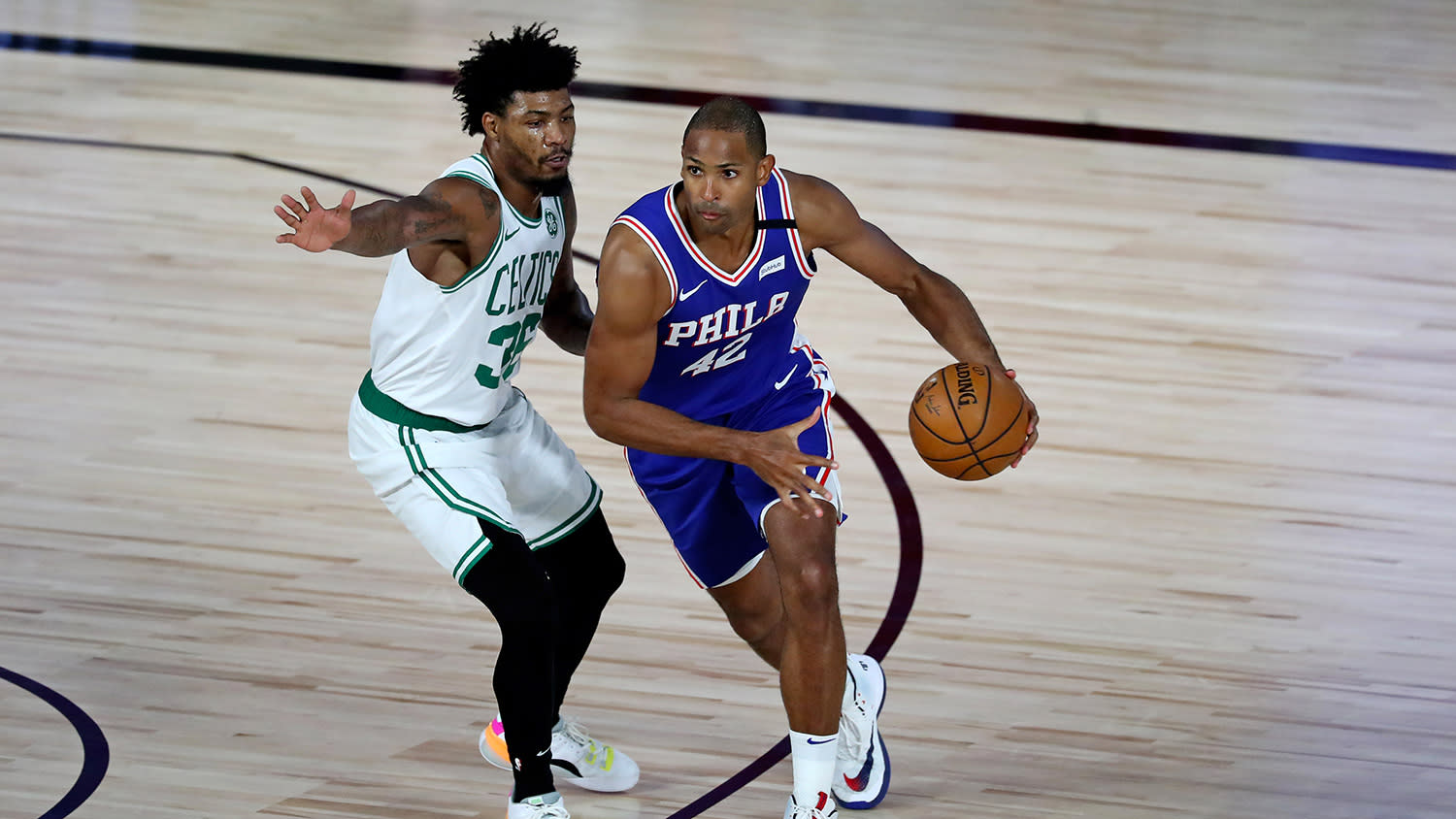 When the Sixers acquired Al Horford last July, their excitement was double-layered. In addition to acquiring a five-time All-Star they thought could solve the backup center problem behind Joel Embiid, the team plucked a key player from a rival – one who happened to defend Embiid quite well.

Now, as Horford’s first season as a Sixer surely nears its end, there’s a double whammy to consider. First, his four-year contract with $97 million guaranteed is troublesome in thinking about possibilities for improving the team moving forward. And second, it’s natural for one to contemplate where the Sixers would be if the money spent on Horford had instead been used in better ways. Some hybrid of shooting, playmaking and competent backup center play certainly sounds preferable.

The 34-year-old Horford, appearing in the NBA playoffs for the 12th time, started Friday night’s 102-94 Game 3 loss. Instead of sticking Matisse Thybulle on Jayson Tatum and bringing Horford off the bench, as he’d done in Game 2, head coach Brett Brown opened with the veteran big man and played him nearly 38 minutes.

Horford has had worse games as a Sixer, but his performance was not what the team required. He twice fouled Jaylen Brown on three-point attempts. The first infraction, a first-quarter mistake made after Horford had lost Brown cutting backdoor three possessions earlier, elicited mild frustration. The second sparked vehement disagreement before Brown’s free throws erased a 90-89 Sixers lead.

While he did a solid job in pick-and-roll coverage and had some bright moments defensively, Horford has contributed very little on the other end of the floor through the series’ first three games. On Friday, he scored six points on 1 for 5 shooting, grabbed 10 rebounds and had no assists.

So, why did Horford both start and close the game?

Just the importance of this game, the magnitude of this game,” Brett Brown said on a conference call. “A little bit (him playing his) former team. Mostly just the moment. He’s been in the playoffs for 12 years. He’s Al Horford. There’s a physicality that I know and knew he would bring to the table. And I just trusted his resume, I trusted the fact that he was going to come with an adult mind and a physical presence. It didn’t take a lot of thought, truly, to go through after you watch the series and so on.

“For me, it was kind of inevitable. You get to this situation, Game 3 … if we’re going down, I’m going down with him. I thought that defensively, he was very good.

It would be wrong to portray Brown’s decision to go with Horford over Thybulle as an egregious, unjustifiable error. Thybulle provides even less than Horford offensively at this stage and, though he’s an ultra-talented defender, the rookie is not a singular remedy for Tatum.

The Sixers’ ship is sinking – almost completely submerged, in truth. Unless they become the first NBA team to ever come back to win a series after trailing 3-0, this very long, very unusual season will finish with a first-round loss. Horford embodied GM Elton Brand and the front office’s desire to embrace good, old-fashioned “bully ball” way back when Brown was hoping for a No. 1 seed, and it looks like he’ll be in the starting lineup when it’s all over.

Of course, the Sixers aren’t going to cede that the end is close. Brown took the same stance when asked whether he thinks about his future and job status.

“I don’t,” he said. “I really don’t. I understand the circumstance. My job is to focus on what I really can do. My players deserve that. I’ve been in this city seven years. Tonight’s loss is what’s most on my mind. My effort is truly to try to find a way to win and keep this series alive and do my job for my players.”

Joel Embiid is averaging 30 points and 13 rebounds against the Celtics for a team that might not win a playoff game. In the regular season, the Sixers had a minus-0.5 net rating with Embiid and Horford on the floor. In the playoffs, the team has an outlandish minus-35.6 net rating in 62 Horford-Embiid minutes.

Not everything’s underwater just yet. Nevertheless, the Horford-Embiid combination still isn’t working, Ben Simmons’ unique versatility is sorely missed and the Sixers are shooting 26.4 percent from three-point territory vs. Boston. The team’s one healthy star is desperate for at least one playoff win in the NBA’s “bubble” at Disney World.