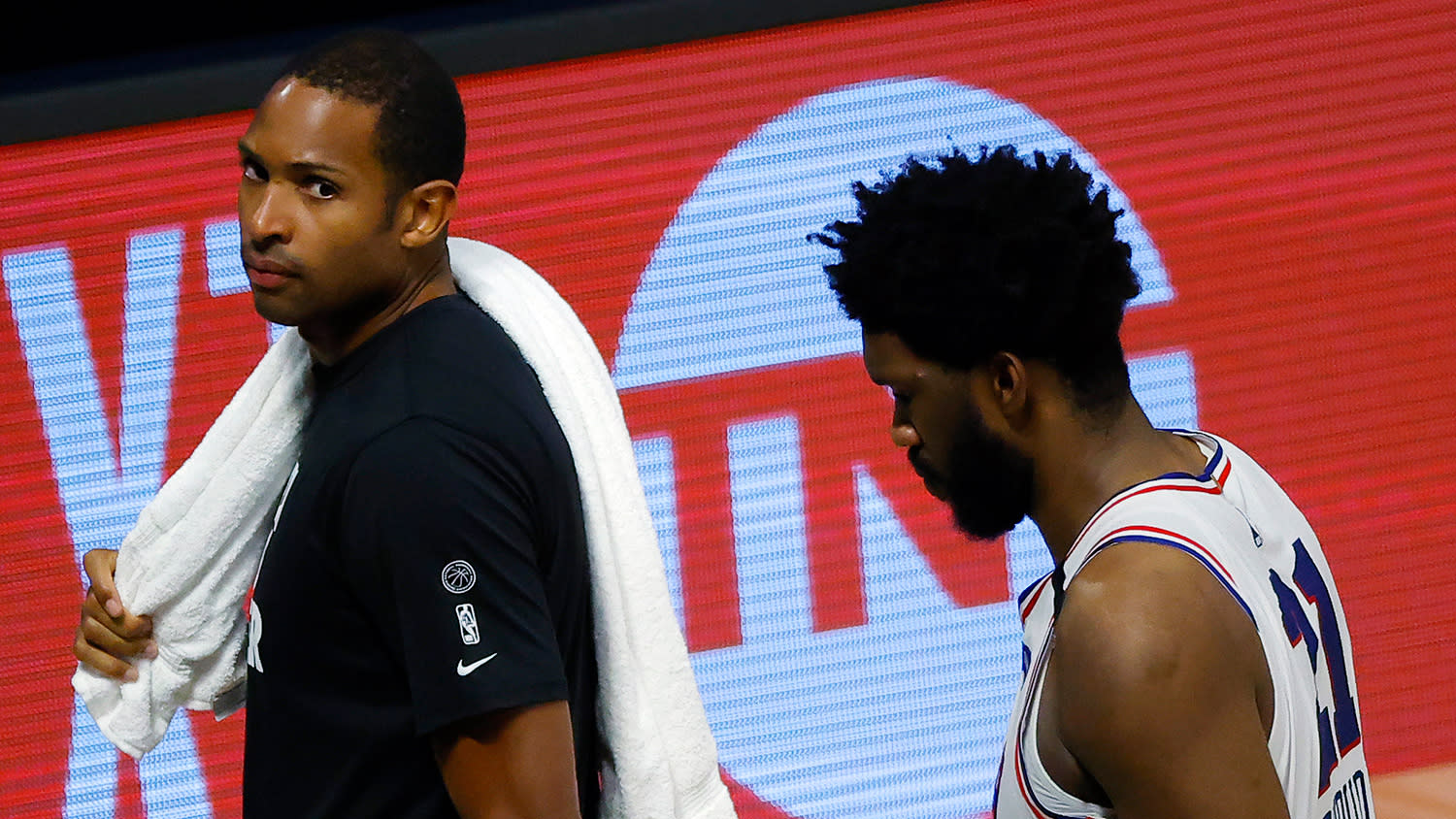 The Sixers, after a nightmarish 128-101 Game 2 loss to the Celtics, are two defeats away from elimination.

The members of the team made available to the media on Wednesday night insisted, despite mounting evidence to suggest that Boston’s roster is simply better, that the series could still turn in a different, less troubling direction.

People are people,” head coach Brett Brown said in a conference call with reporters. “I’m sure in the light of day, in the middle of the night, you’re going to start thinking, ‘What do we have to do?’ But I do believe tonight we started a rookie on a pretty good player. We started a G-League wing that’s come in, in Shake Milton. And those two young kids are now in prime time in the NBA playoffs. I thought that Joel (Embiid) was tough tonight. We tried to play through him.

“It’s just we needed a little bit more. I think that there has been enough success – not consistently – in the bubble, where you can call upon things without Ben (Simmons) that you can point to that are real. So, it’s up to me to recognize those things, to point them out in a real way and help them get through this. I do believe that the locker room feels that they have a hell of a lot more to give.

Matisse Thybulle is the rookie Brown mentioned. He started in place of Al Horford and defended Jayson Tatum, who scored 33 points and made 8 of 12 three-point attempts. Horford had few positive contributions in 23 minutes off the bench, scoring four points and grabbing two rebounds. Outside of Embiid’s 34-point, 10-rebound performance and an improved collective focus on limiting turnovers, there was little to find encouraging for the Sixers after their 25-11 lead disappeared.

Yet Brown, who highlighted glimmers of positivity when coaching rosters built to lose with fringe NBA players like Casper Ware and Brandon Davies, often is good at finding a silver lining.

Perhaps the Sixers will prove him right and show that they are indeed better than they looked in Game 2. At the moment, though, the notion of the team’s offensive rating being high this season without Simmons, who’s out indefinitely after having surgery on his left knee, isn’t compelling. It’s true, sure, but probably not convincing to an objective observer asking why the Sixers can win four of the next five games against the Celtics.

“That first quarter, we were great,” he said. “We moved the ball, we were dominating and we got stops. Then they started making some tough ones. So like I said, we’ve just gotta focus on some positives. Take it one game at a time, one win at a time. We can do it. We’re going to need everybody to step up and contribute and do their job.”

The Sixers’ defense allowed the fewest made three-pointers per game in the NBA during the regular season, but the Celtics converted 19 of 43 attempts from long range in Game 2. Brown acknowledged Boston’s success from long range impacted his team’s effort to some extent.

“I think it got deflating when their shotmakers went bananas,” he said. “I’m not going to scold (our players’) effort. I think that we’ve gotta shake their hands, the Celtics, on some of the shots. There were half-court bank shots – (Enes) Kanter hit one – and they really ended up making a lot of shots. There were a few possessions, I think in the second half, that you would want to have back, that I think the effort wasn’t at a level that it needed to be.

“During the meat part of the game, the crunch-time part of the game, I thought the guys were doing the best that they could. Tatum is a handful, Kemba (Walker) got it going, Jaylen (Brown) I thought had a great game. And they made shots, and we had a hard time dealing with that.”

Josh Richardson, a player who has called out perceived problems with “accountability” during his first season with the Sixers, echoed his head coach in thinking that effort wasn’t the primary issue.

“No. I think the guys played hard,” he said. “I think we’ve just gotta play smarter and put 48 minutes together. I think that we had a good first half – most of the first half. We had stretches throughout the whole game. I think if we put a whole game together, then I think we give ourselves a way better chance.”