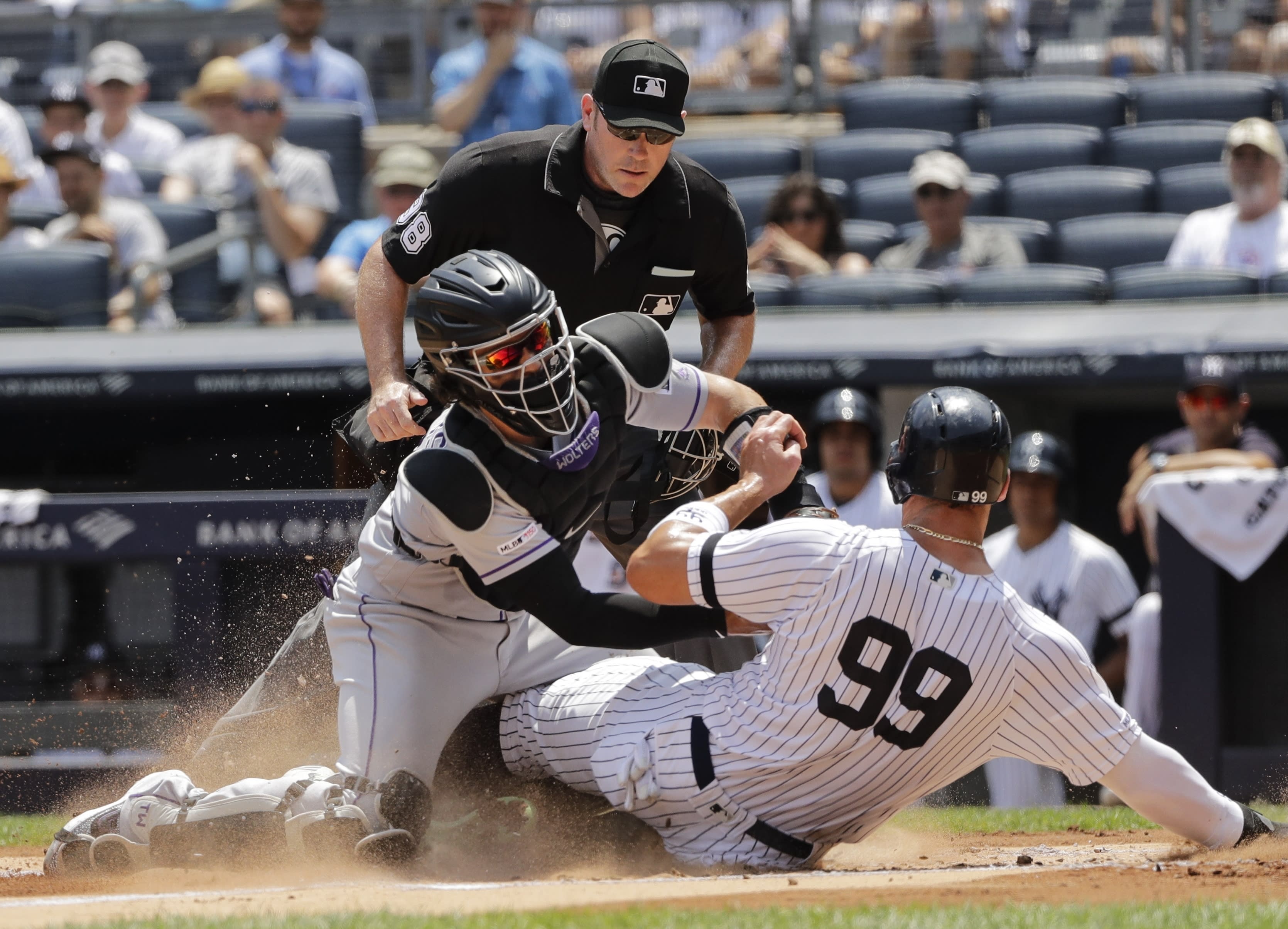 There are around 2,600 players currently in NFL training camps. Just 12 of them are on the league’s COVID-19 injured reserve list.

The NFL isn’t employing the kind of bubble that the NBA and NHL are using, but it’s clear the measures of precaution that each team is adhering to (a pseudo bubble, if you will) is working well.

With the NFL opener three weeks from Thursday, that isn’t the only positive news for the likelihood of football in the fall.

The FDA approval last weekend of the coronavirus testing protocol SalivaDirect could replace current testing measures and dramatically reduce lag time for results and allow for cost-effective daily, or even twice-daily, testing of players. That should allow for any infectious player to be quickly quarantined and limit outbreaks within teams. As the season draws near, and goes on, that could help.

Maybe most important is this: The NFL can learn plenty by following the mentality, if not the policies, of an unexpected source.

Yes, baseball. No, MLB hasn’t had the smooth start that the NFL has enjoyed. Not even close. There have been multiple teams riddled with outbreaks, including the Miami Marlins being gutted just four days into the season.

Entire series have been “postponed.” Policies have been rewritten on the fly. Some players, namely in Cleveland, have proven incapable of following simple guidelines. The result is an oddball regular season that entering Wednesday saw six teams having completed 25 games while the St. Louis Cardinals have played just 11.

Yet MLB has shown the importance of something the NFL already knew and was likely to practice anyway.

Just keep going. There is power in plowing ahead.

No matter how rocky it has gotten in baseball, no matter how loud the calls early on were to give up, they kept playing. There has been chaos – at one point Miami needed to hire sleeper buses to drive nearly half the team home from Philadelphia in the middle of a hurricane. Yet that night, games all over the country went on.

There is a tipping point here. If the season is a disaster, then pull the plug. Yet have a clear idea what that line in the sand is and stick with it.

MLB commissioner Rob Manfred shook off criticism and didn’t allow perfection to be the enemy of progress. We’re nearing the halfway point of the regular season with the league considering a postseason bubble to increase the likelihood of a World Series happening.

The NFL was always determined to do this. It has refused to alter much of anything since the pandemic broke out. The league was scolded for the potential bad optics of staging free agency and the annual draft during an economic downturn, but came out of both with rave reviews.

Standards have certainly changed, training camp precautions are new and preseason games were ditched, but otherwise, the season will start Sept. 10 just the way it was always intended, in Kansas City.

The NFL has always been about blunt force. Whether it’s on the field or in political arm-twisting for new stadiums or in squashing rival leagues that pop up from time to time. A virus is different, yet it’s being approached the same way.

There is no Plan B. So don’t bother considering one.

Will it work? No one knows for sure. Full-contact training (and closeness) has just begun. Games will bring an additional challenge, of course. Same with travel. The season is very long as the Super Bowl isn’t until Feb. 7 (although the league acknowledged it is at least considering a postseason “bubble”).

But MLB has shown a path. There is no reason to believe an outbreak on a team has caused a widespread outbreak in the community. Players have mostly begun to settle into the routine.

The initial setbacks were overcome, or just lived through. The NFL will almost assuredly have similar challenges. This can’t go this well forever. Maybe every team doesn’t play all 16 games. Oh, well. That doesn’t need to mean they give up.

This isn’t going to be easy. That doesn’t mean it can’t be done.

It’s not often MLB teaches the NFL anything, in this case, baseball has shown the importance of just pushing through rather than shutting down.