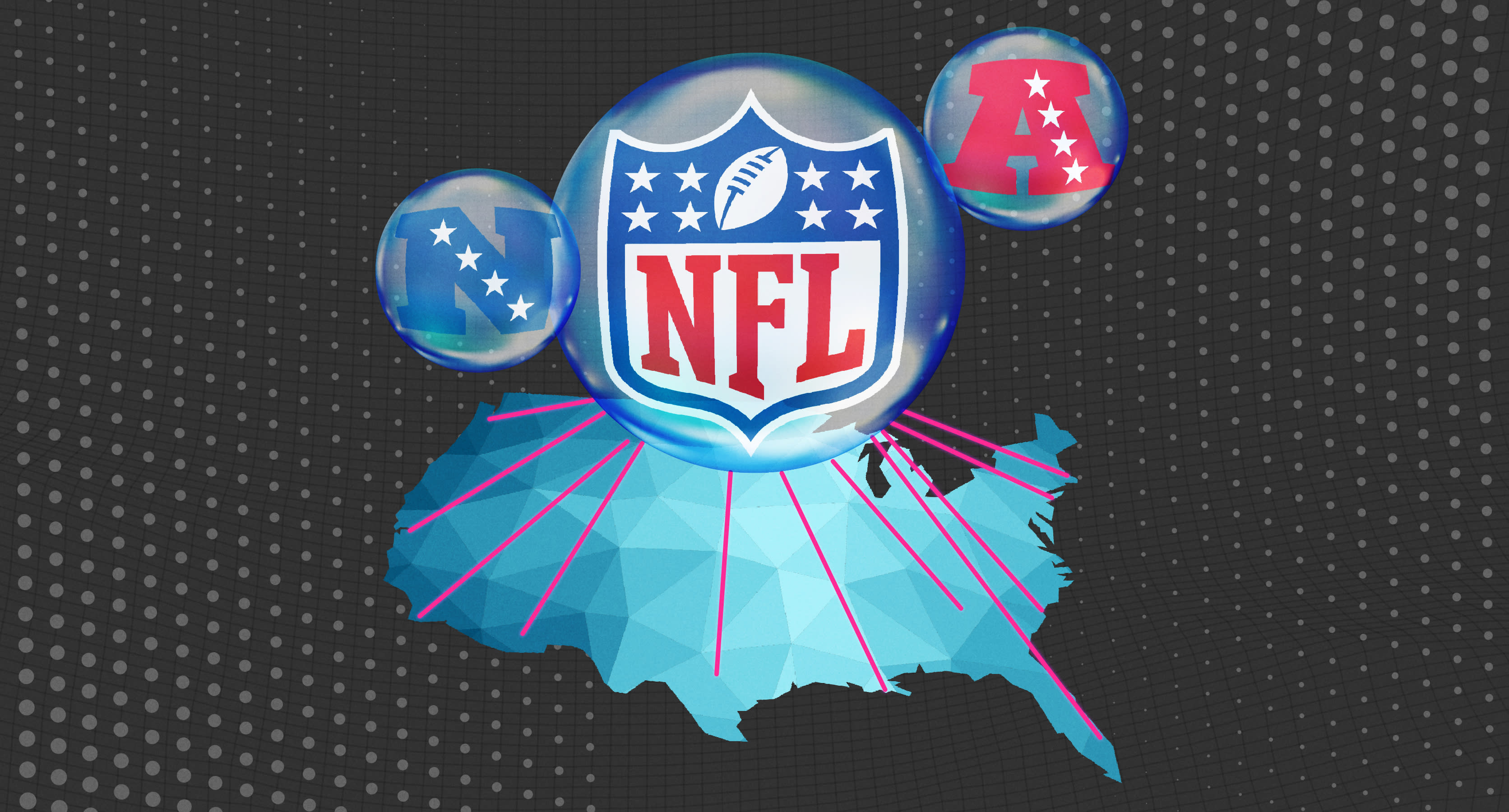 Now less than seven weeks later, there’s an increasing debate about the viability of pulling off a vast postseason bubble for baseball in hopes of keeping the situation in hand down the stretch.

NFL playoff bubble is ‘on the table’

How would postseason bubbles play out in postseason?

Interestingly, Vincent referred to the conceptual idea as more of a “secure environment” than a “bubble”. While he didn’t reveal details, it was terminology that hints at what the NBA has done, essentially constructing a hardened zone where players are living and being monitored in hopes of maintaining protocols. How that would look for the NFL is another matter, although the league has plenty of experience to lean on considering how teams maintain themselves during a Super Bowl week.

Effectively, the NFL could create its own “living zones” for players that are similar to the Super Bowl setup — but also subtracting the social engagements and some of the personal freedoms that were doable in past years.

In the early rounds of the playoffs, have NFL teams move into a predetermined local hotel for the duration of their postseason, constructing a campus around the hotel and limiting travel to and from the facility and stadium. For visiting teams in playoff games, it would be a matter of maintaining that “campus” and then extending it to their travel destinations. If the visiting team wins, it returns home and goes directly back into its home campus.

That aspect could also be continued into the conference championship games — although given the stakes of the latter rounds, the NFL could also consider a more traditional “away from home” bubble that would take all four conference title teams and place them into a centralized practice location that could be even more controllable than a home bubble. The idea of this late-round bubble would be similar to what the NBA has in Orlando, which is arguably the most painstakingly planned sports campus environment we’ve seen in the pandemic. In a scenario like this, the NFL could host AFC/NFC practices in a pair of centralized Southern locales, which would give teams the ability to either practice in a bubble or outside.

The most ideal of those two locations might be Dallas and Houston, which could each offer facilities for use to the league and have team owners who would likely be open to it. As an added wrinkle, if either Dallas or Houston (or both) made the title games in their respective conferences, they could simply swap cities — putting Dallas practices in Houston and vice versa — thereby maintaining a road bubble environment for all four teams and maintaining an element of fairness.

While it sounds like a lot of hassle late in a season, the tradeoff for protecting teams at a vital phase of the season would show how serious the NFL is about getting a full 2020 slate into the books. In a way, the idea of bubbling teams at the end of the season would be similar to how some teams have historically opened their seasons with training camps far away from their home base. Those franchises that have “away” locales for training camps often do it to hone the focus and control the environment at a time when they want players solely focused on the job ahead. That sounds precisely like what teams will be looking for if they can make it to January without a COVID-related catastrophe.

None of this will make sense if it’s something the NFL is trying to iron out in November or December. The advantage pro football has now is one of illustration and time. The NFL has the luxury of letting baseball illustrate problems, and the bonus of a timeline to keep the same mistakes from taking root.

If the league doesn’t use that advantage to lock down the most important games on its schedule in one of the most defining seasons in NFL history, then it’s asking to have the rug pulled out from underneath it. The NFL can’t afford to have that happen. And right now it has the opportunity to make sure it doesn’t.