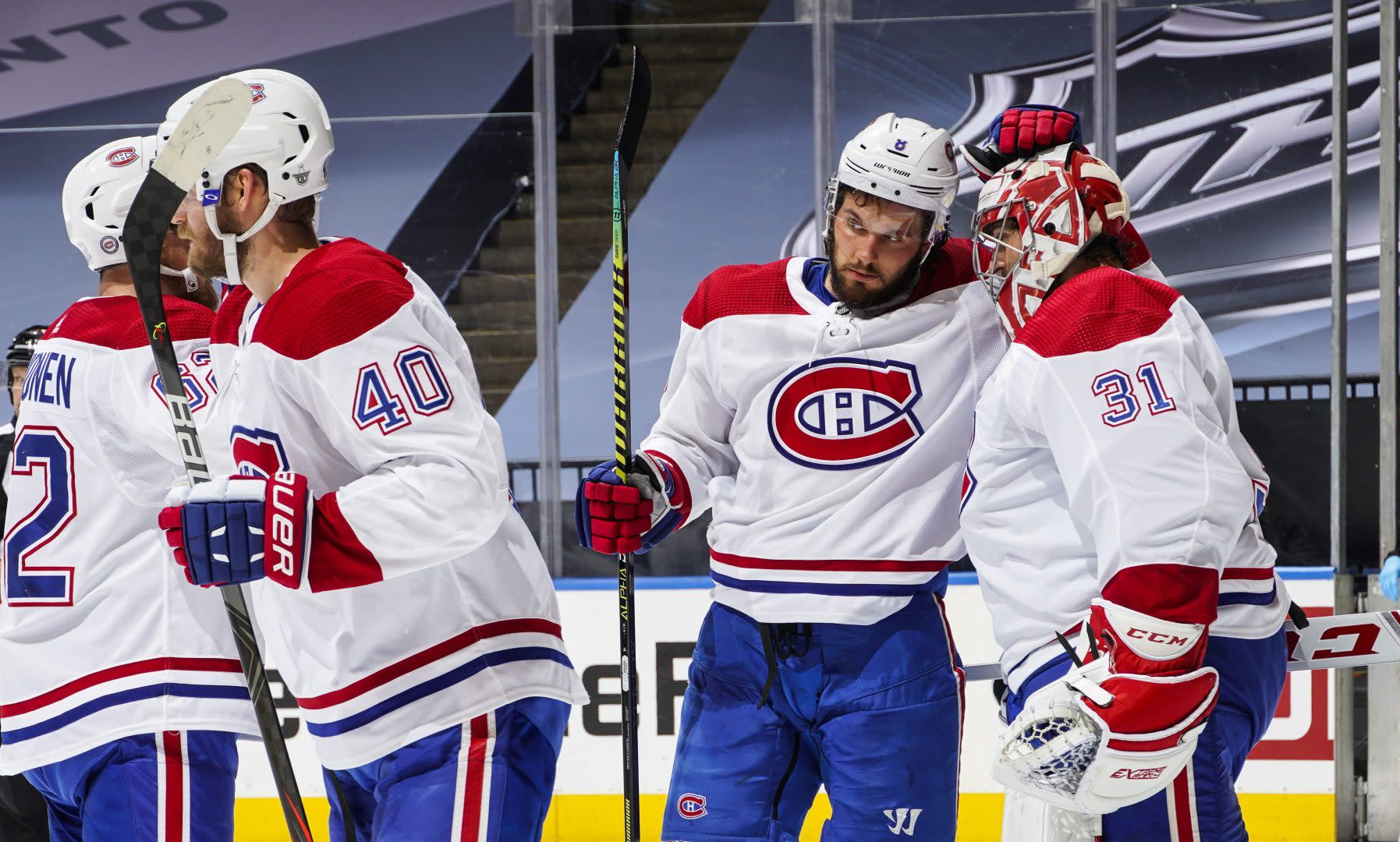 The Montreal Canadiens are not going away just yet.

Thanks to their 5-3 win over the Philadelphia Flyers on Wednesday night, they were able to force a Game 6 in their First Round series and keep their postseason going for at least one more game.

A few of the highlights that stood out the most:

1. The game started with Montreal storming out of the gate and snapping Carter Hart‘s shutout streak with a Joel Armia goal just 2:53 into the first period. That came after the Canadiens were shutout in back-to-back games and had not scored since the third period of their Game 2 win.

2. The second period is where things really started to get insane.

First, Montreal’s Jesperi Kotkaniemi was given a five-minute major and a game misconduct for boarding Travis Sanheim.

That call had the potential to be a game-changing (and perhaps even a series-ending play) as the Flyers were able to strike for a pair of power play goals to take a 2-1 lead.

But the Canadiens were able to respond with a pair of quick goals from Armia and Brendan Gallagher to regain the lead. At one point in the period the Canadiens appeared to score another goal, which was going to result in Hart being benched in favor of Brian Elliott, only to have coach Alain Vigneault change his mind when an offside challenge negated the goal.

3. That set the stage for some additional madness in the third period.

After Kevin Hayes was hauled down on a breakaway, the Flyers were able to tie the game on a Joel Farabee power play goal that set the stage for a potential overtime.

But the Canadiens responded just 12 seconds later when Jonathan Drouin and Nick Suzuki teamed up for a highlight reel goal that ended up going in the books as the game-winner.

The game ended with a little extra chaos following Phillip Danault‘s empty-net goal when the two teams had another mini-brawl. It all started when — following the goal — Flyers forward Sean Couturier leveled Montreal’s Artturi Lehkonen as he celebrated the goal.

Given Kotkaniemi’s ejection and the lateness of Couturier’s hit you can bet that the NHL’s Department of Player Safety will take an extra look at both plays ahead of Game 6 on Friday. It is possible — even if not likely — that there could be some supplemental discipline.