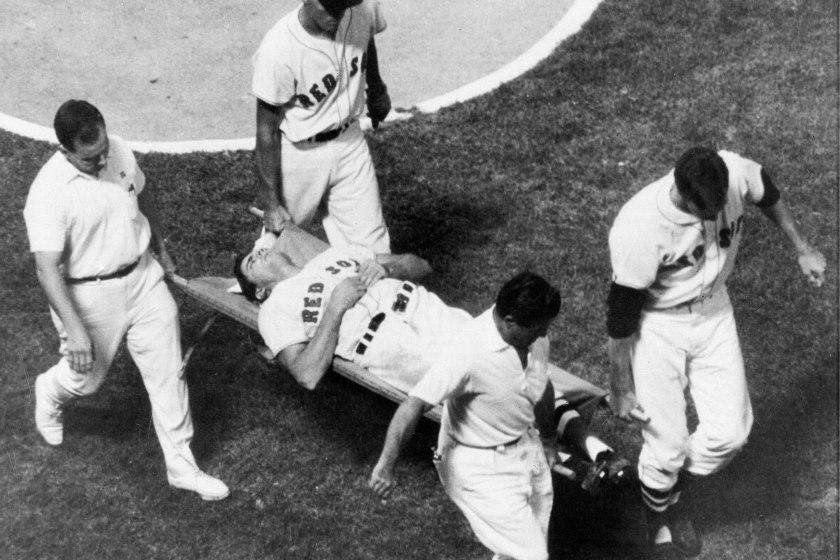 Tony Conigliaro of the Boston Red Sox was carried unconscious off the field on this date in 1967 after he was beaned with a fastball from the Angels’ Jack Hamilton at Fenway Park. Conigliaro, a starter for the American League All-Star team, suffered a fractured left cheekbone and a severe concussion. He also sustained scalp cuts and a badly bruised eye.

The Red Sox fans booed Hamilton but the Boston players were not mad at him or the Angels. “There are no ill feelings,” said manager Dick Williams. “We know Hamilton didn’t throw at him. It was just one of those things.”

Hamilton, who was downcast and greatly concerned about the accident, agreed with Williams. “I wasn’t even trying to brush him back. It was a high fast ball. He may have frozen on the pitch.”

The 22-year-old right fielder not only missed the remainder of the season but all of the 1968 season. At the time he had hit more than 100 home runs.

A look at memorable games and outstanding sports performances on Aug. 18, through the years: