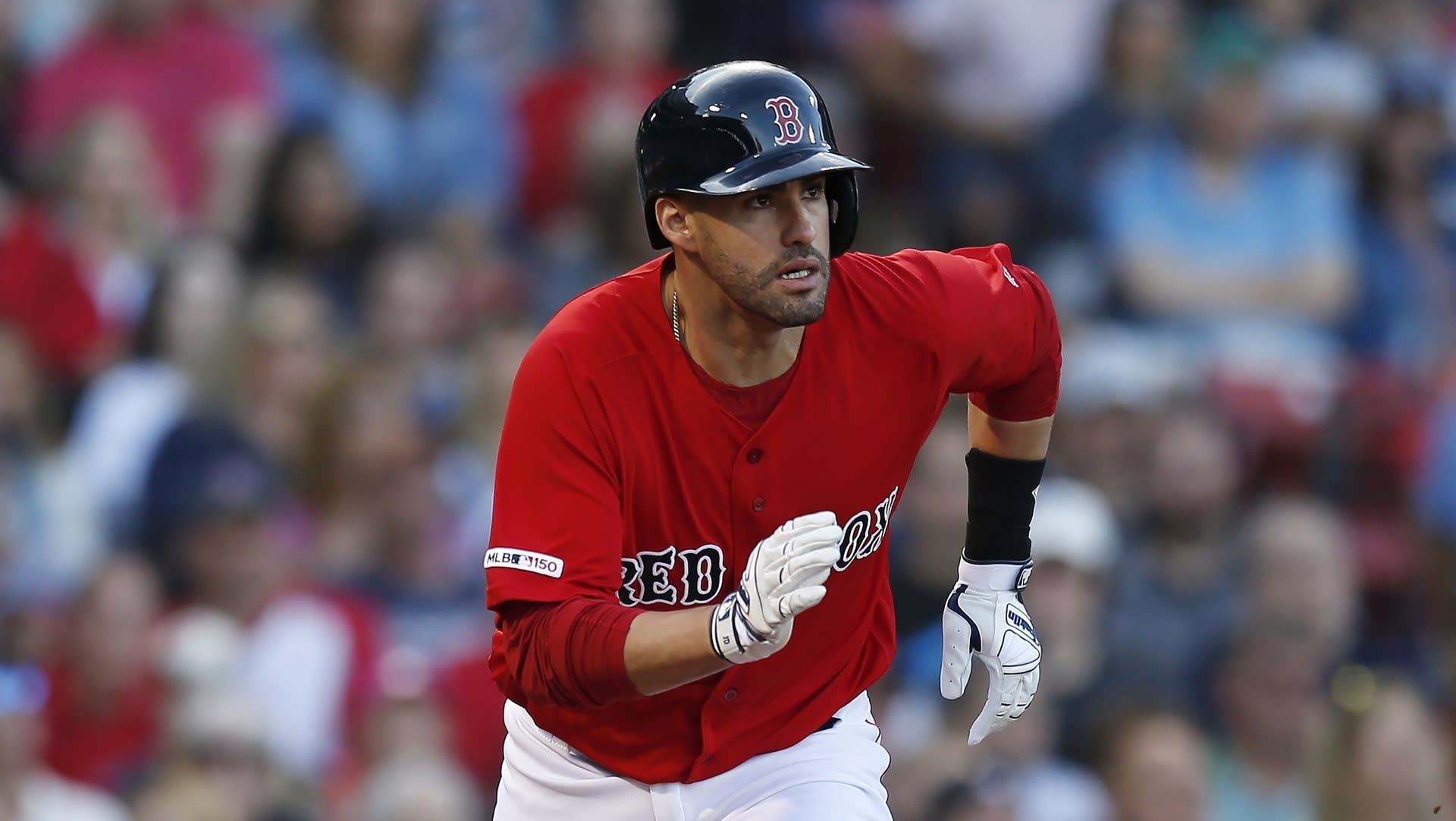 And while yelling is cathartic and the impulse is understandable, it ignores the reality that the Red Sox are one of the worst teams in baseball precisely because they lack the pieces that might entice another team to deal.

Assuming that Xander Bogaerts and Rafael Devers are untouchable building blocks, that Alex Verdugo verges on that status, and that relievers Brandon Workman and Matt Barnes won’t net anything more than marginal prospects, that leaves one intriguing name to ponder.

A case can be made that Martinez represents a valuable piece of the future. The 32-year-old DH is in the midst of a miserable season, just like everyone else around here, hitting .238 with two homers. He told reporters on Zoom over the weekend that the problem is his hips, which are sliding open too early and leaving him flailing and guessing, instead of waiting and exploding.

Twenty lousy games should not outweigh the previous two seasons, however, when Martinez was an All-Star and Silver Slugger who averaged 40 homers and 118 RBIs while hitting .317.

With two years and a little less than $39 million remaining on his contract, Martinez could be considered an extension candidate as much as a trade one. Given the presumably depressed nature of the upcoming market, the Red Sox could explore a contract that locks in their middle-of-the-order thumper for the next five years at a favorable rate in the hopes that he’s the next David Ortiz or Nelson Cruz, ageless DHs who slug into their 40s.

An offense built around Bogaerts, Devers, Verdugo and Martinez is a good place to start a rebuild, especially if none of them are breaking the bank.

Martinez may have other ideas, of course. He could opt out this fall and explore free agency, but he’d be taking a massive risk in these COVID times, even if the National League makes the universal DH permanent. Just because the Dodgers found money for Mookie Betts doesn’t mean it will be there for Martinez, who has already (a) sat unclaimed all winter once in free agency in 2018, and (b) decided against opting out in much better financial times last year.

Let’s assume an extension is a remote possibility, however, and that the Red Sox want to explore a deadline trade in order to shed Martinez’s payroll in service of a true rebuild. What might they get for the bonafide slugger?

The answer, unfortunately, is that no one knows.

Rival executives have little idea how this trade deadline is going to play out, given its unprecedented nature. The expanded playoffs might counterintuitively make for fewer buyers, since teams could decide a 16-team field is too much of a crapshoot to justify the cost of a marginal upgrade.

Clubs must also calculate how much risk they’re willing to assume in a pandemic, since major outbreaks have already wreaked havoc on the schedules of the Cardinals and Marlins, to name two. While baseball has weathered those storms, executives acknowledge they must allow for the possibility that the postseason never arrives.

There’s still incentive for the Red Sox to explore a Martinez deal, though. Since the batting practice session last week that manager Ron Roenicke predicted would turn around his season, Martinez is hitting .333 with both of his homers and a 1.073 OPS, numbers much more in line with what we expect out of the slugger.

His presence would remake any lineup, and in another bit of counterintuition, perhaps the Red Sox should engage not with the traditional big spenders, but a smaller-market team making an unexpected run.

The two that come to mind are the Padres and Marlins, neither of whom has sniffed the postseason in over a decade. The Marlins lead the NL East and haven’t qualified for October since their last World Series, in 2003. The Padres, meanwhile, are in the wild card hunt behind one of the game’s brightest young stars in Fernando Tatis, Jr., and haven’t tasted the postseason since losing to the Cardinals in the 2006 Division Series.

Both organizations boast tremendous farm systems, with MLB.com ranking the Padres No. 2 overall and the Marlins No. 4.