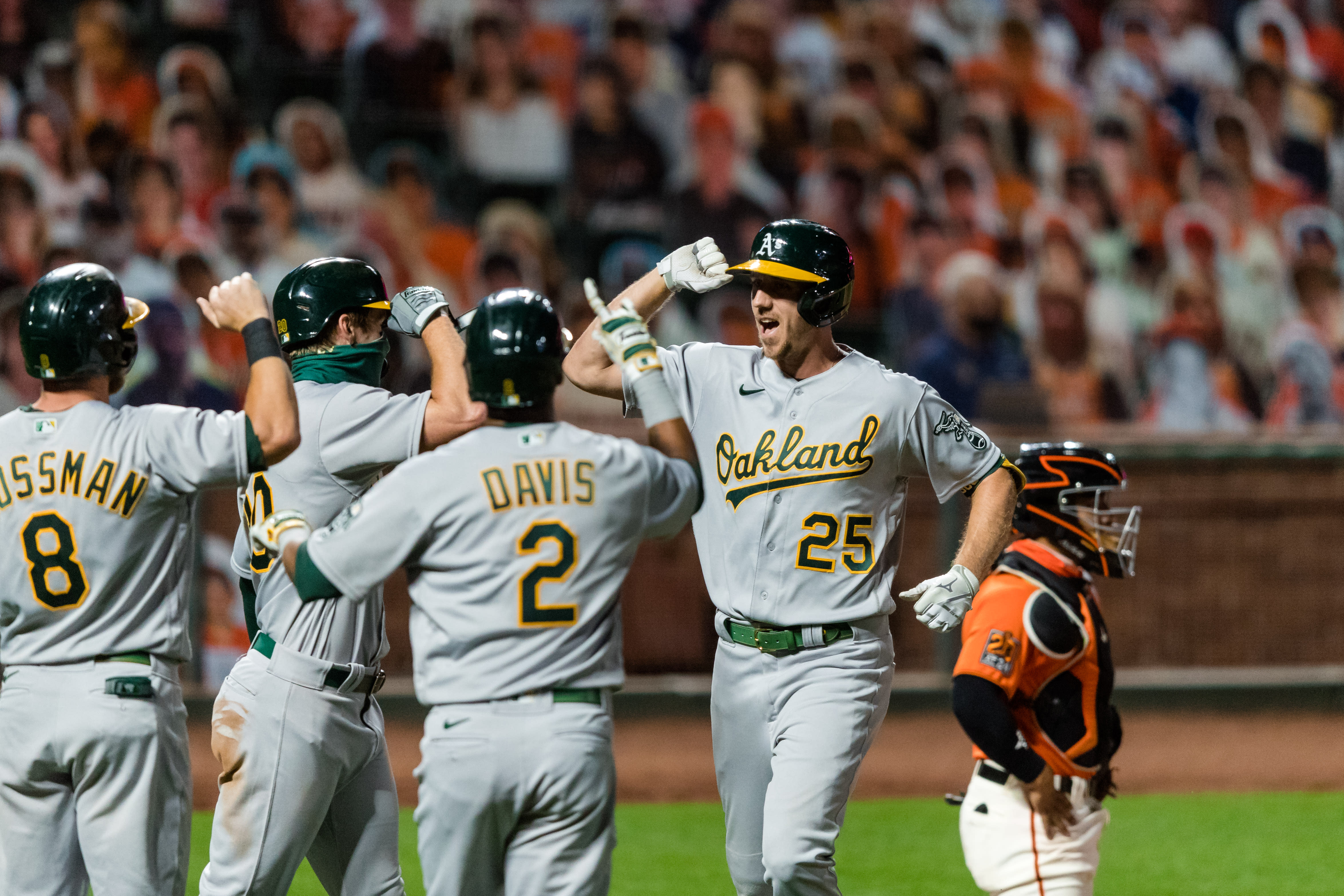 The years 1929 and 2020 will always be connected in American history. The former was the year the stock market crashed, leading to the Great Depression. The latter is, well, we’re living it, and it’s also an all-consuming nightmare.

In the Giants’ history books, those two years now also are connected. And there’s some depression involved with this comparison, too.

For all the history there, this unbelievable loss actually unfolded quite cleanly. When the game was over, suffering a historic loss made sense, mostly because just about everything the Giants had done in that fateful inning raised further questions.

It started with the choice of a pitcher. Gabe Kapler turned to Trevor Gott, his closer, with a five-run lead, which is certainly defensible. But while Gott has not officially been named the closer, that is his role and those guys often have a strange time when asked to finish off a blowout.

Kapler said the staff chose Gott because they figured they might need to get Gott up anyway if they went with Jarlin Garcia or Trevor Rogers, and that’s no day off.

“The thought process is how can we use one pitcher there,” Kapler said.

We’ll leave that one alone for now. As it was, Gott was the choice and he clearly didn’t have it. Gott’s velocity was normal, but his command was off. Kapler stuck with him, and he said he didn’t think Gott was thrown off by the situation.

“I totally get why that’s where you might go, ‘Maybe he’s not used to that situation.’ He’s been pitching in higher-leverage situations, and those are things that are true. But what I saw out there was a very focused and aggressive and intense competitor who just didn’t have command and got beat as a result.”

Gott gave up a homer and then issued a walk with one out. The Giants still were in decent shape, but then Wilmer Flores made an inexplicable decision on a grounder to first base.

Flores took two steps toward the bag and then, with just one more needed for the 26th out of the night, spun and threw to second. Brandon Crawford slipped his foot off second a split-second too soon, apparently thinking Flores had touched first, and both runners were safe.

Instead of having a four-run lead with two outs and a runner on second, Gott had two runners on and just one out.

“I should have just stepped on first base with that lead that we had,” Flores said after the game.

Crawford had come in as a defensive replacement, but Kapler said he wanted to give Brandon Belt a night off because he has some lower-half soreness and the staff trusted Flores to get through that final inning.

“It’s [Flores’] best position and we wanted to do everything possible to get Brandon Belt a day and get him ready for tomorrow,” Kapler said.

After Flores’ mistake, Gott hit a batter to load the bases and then hung a curveball that Stephen Piscotty blasted to left for a grand slam that completed the historic comeback.

The Giants went to extra innings for the third time this year, and Garcia entered and got a grounder, flyout and grounder. That was enough, though, to move the placed runner from second to home for the go-ahead run. Three Giants struck out in a similar situation in the bottom of the inning, and that was the end.

So there you have it, that’s how you suffer a loss that hasn’t been seen since 1929. It was a trainwreck, but a gradual one, and it seemed to leave the Giants stunned. Kapler said he would process the loss as the night went on.

“We’ll talk about it and figure out ways to get better for tomorrow,” he said. “And things we could have done differently.”