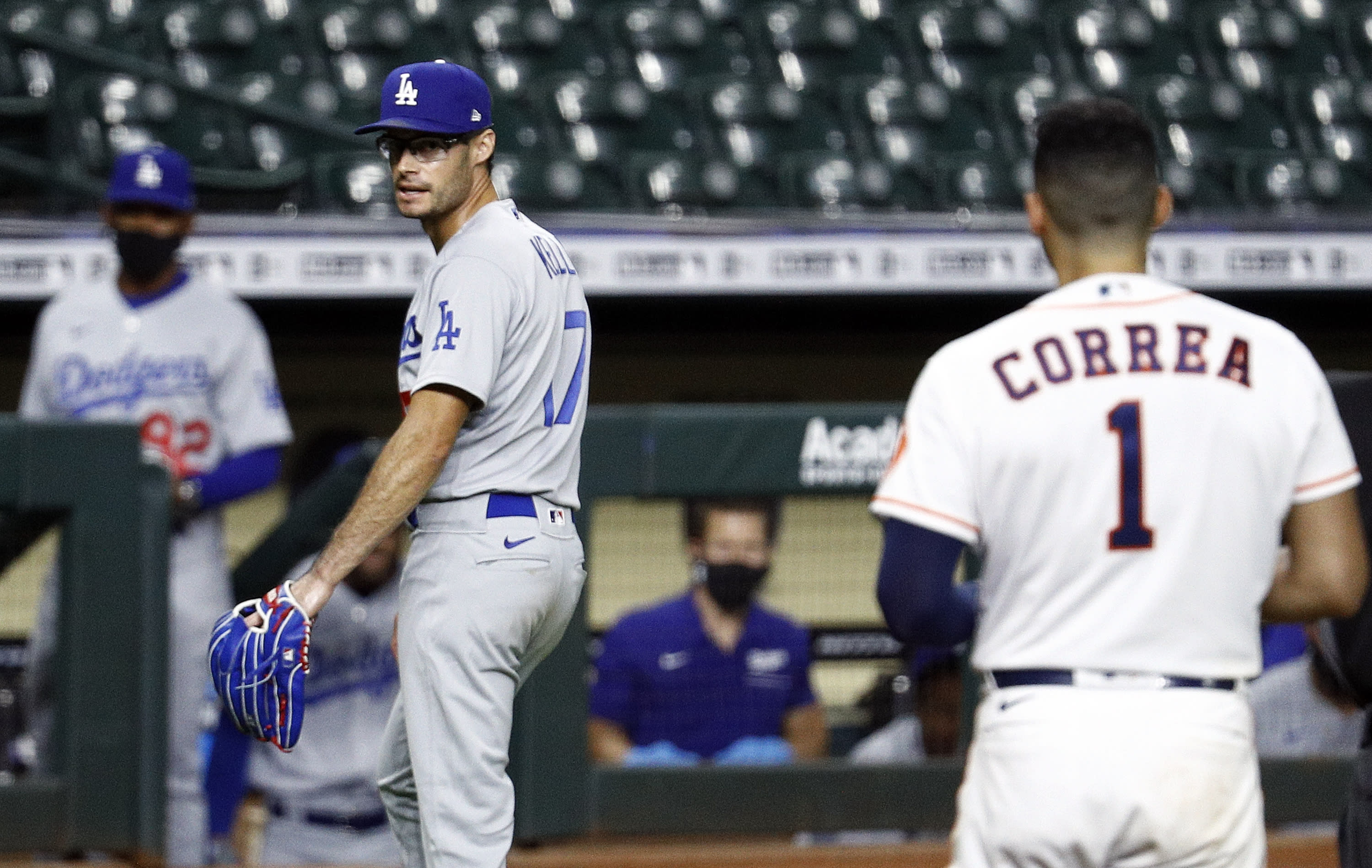 Los Angeles Dodgers pitcher Joe Kelly wasn’t on the team in 2017 when the Houston Astros beat them and cheated their way to a World Series banner, but that doesn’t mean he doesn’t have intense feelings about the illegal sign-stealing scandal that rocked baseball last winter.

Kelly, who was recently suspended for throwing at the Astros and inciting a brawl, talked about those feelings on teammate Ross Stripling’s podcast “The Big Swing.” And the man who made a boo-hoo face at Carlos Correa didn’t censor himself one bit.

Kelly’s big beef with the Astros (beyond the fact that they cheated by using technology to illegally steal signs) is how they handled MLB’s investigation. MLB granted all players immunity from punishment so they could get the full story, which resulted in suspensions of people who likely didn’t play a significant part in coming up with or executing the sign-stealing scheme.

“The people who took the fall for what happened is nonsense,” Kelly said on the podcast. “Yes, everyone is involved. But the way that [sign-stealing system] was run over there was not from coaching staff. … They’re not the head boss in charge of that thing. It’s the players. So now the players get the immunity, and all they do is go snitch like a little b—-, and they don’t have to get fined, they don’t have to lose games.”

GM Jeff Luhnow, manager AJ Hinch, and former bench coach Alex Cora were all suspended (and, separately, fired) for the sign-stealing scheme, but not a single player was punished. To Kelly, it looks like the Astros players sacrificed their managers and coaches to save themselves and their paychecks.

“When you take someone’s livelihood … to save your own ass, that’s what I don’t like,” Kelly said. “Cheating? They cheated. Everyone knows they’re cheaters. They know they’re cheaters. It’s over. That’s been there, done that. But now they mess it up by ruining other people’s lives, so they f—ed it up twice. … When you taint someone’s name to save your own name, this is one of the worst things that you could probably do. … That really friggin’ bugs me. I think I’ll be irritated forever.”

Kelly calls his suspension ‘a debacle’

Kelly and Stripling of course talked about Kelly’s recent suspension, which stems from his actions during a July 28 game against the Astros. He threw at (but did not hit) Alex Bregman and Carlos Correa, and also mocked Correa by making a boo-hoo face after he struck out, which (of course) led to the benches clearing.

Kelly was suspended for eight games (he spoke to Stripling before it was reduced to five games on appeal) and called it “crazy” because he wasn’t warned or ejected by the home plate umpire.

“I socially distanced. I walked away. I didn’t get close, and I followed all the guidelines of the CDC, and people on the other side (the Astros) didn’t,” he said. “… They walked out of their dugout, walked toward us. Carlos Correa f—ing spit at our team. I don’t know if it was [at] me. He spit out of his mouth. … This guy walks over to our dugout and then spits, while I follow all the rules, and I get eight games.

“They have a manager [Dusty Baker] on their side, verbatim, yelling at me, ‘Get your little skinny ass on the mound.’ So my cuss words get eight games, and his cuss words get zero? That makes complete sense, right? Welcome to planet earth. A debacle.”

As for the now-famous boo-hoo face, Kelly said he treated Correa exactly the way he was behaving — like a child.

“It just felt right in the moment. It was spur of the moment; it’s not like you game-plan for that kind of thing. … It was my interpretation of him acting like a child at that point, and I wanted to give him a little child’s face.”

Kelly is currently on the injured list with shoulder inflammation.