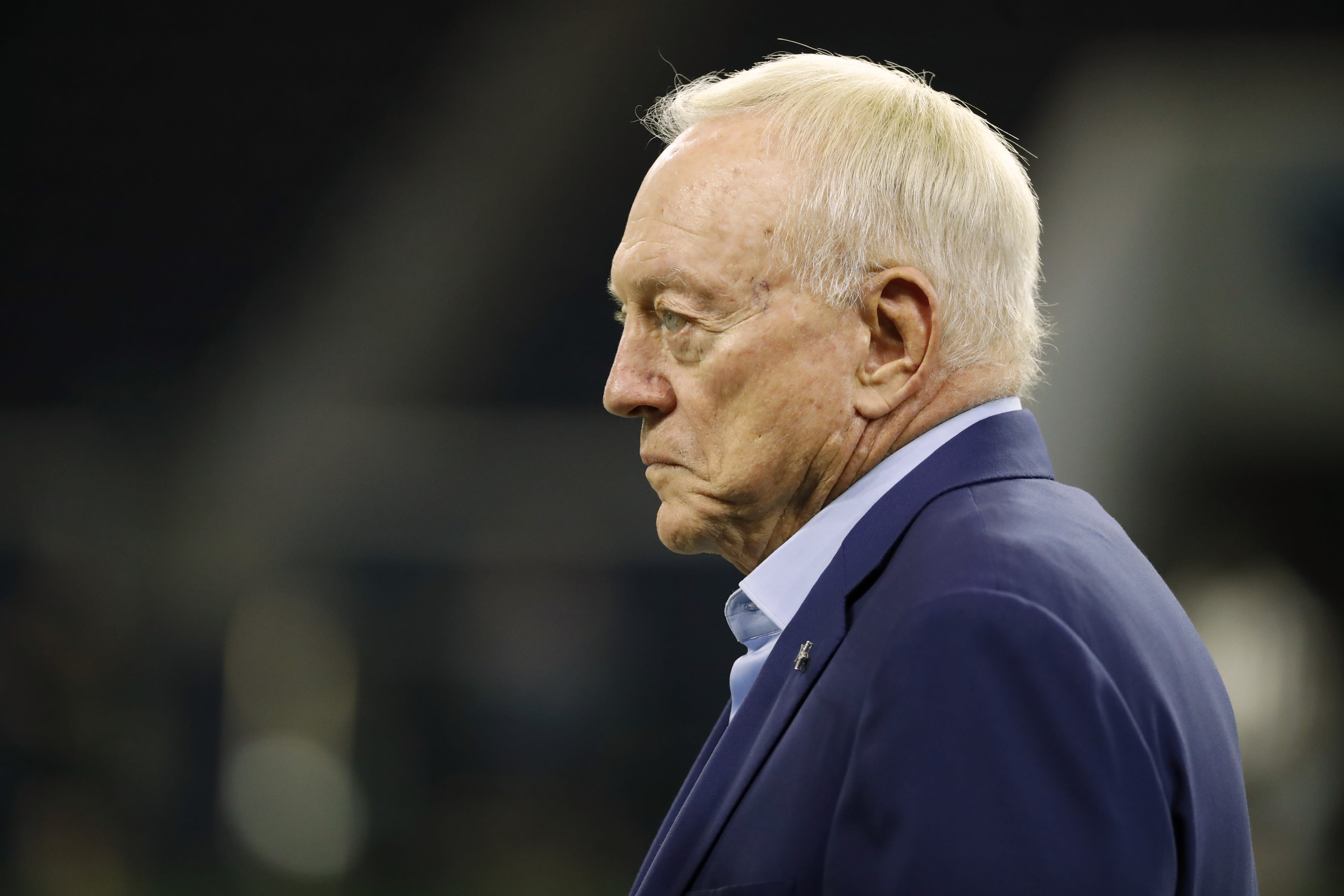 For months, Jerry Jones was quiet.

The COVID-19 pandemic rocked the NFL’s historically impervious offseason schedule. The stock market tanked on fear and a brief oil pricing war — hammering Jones’ energy company, Comstock Resources — but rebounded aggressively under massive government stimulus. Social protest and a groundswell of support for the Black Lives Matter movement swept across parts of America, including prominent involvement from a handful of Dallas Cowboys players.

Inside it all, the NFL’s most lucrative franchise went about its business, making headlines with additions, subtractions and a prominent quarterback extension that never came to pass.

Along the way, questions persisted: Where has Jerry Jones been? Why isn’t he speaking? And at what point will he weigh in on the considerable number of questions that have piled up since the NFL draft?

That time finally came early this week, after a seemingly unprecedented 109 consecutive days without Jones fielding an open session with the media. And if you listened closely Wednesday, there was a significant clue over why that stretch might have come to pass. One that suggests Jones is still calibrating his compass on what he undoubtedly sees as a complicated spot for himself — reaching deep into his roster of players while conversely stretching to his relationship with President Donald Trump and parts of the Cowboys’ fan base.

Here is the colliding space that Jerry Jones is living in right now:

Can he embrace peaceful protests when he has been steadfastly against players kneeling during the national anthem?

Can he be an unquestioning supporter of law enforcement, despite his players speaking about disparities in community policing?

As the NFL’s most powerful franchise owner, can he remain a staple of the league’s public image at a time when the league itself is reshaping how it looks at the world (and vice versa)?

That’s what the Cowboys owner is wrapped up in. His world and his league set off in a direction that has left him catching up. And it took 109 days before he was ready to talk about that. Now, it’s going to take another month before any of us get the legitimate coordinates on the “Where Is Jerry Now” GPS.

This is precisely what Jones created for himself, thanks to decades of being one of the primary filters that every piece of league business ran through. You don’t earn the title of “Shadow Commissioner” by keeping your nose out of league affairs. That’s a title that comes from installing yourself in the middle of everything that matters in the NFL — to the point that Jones saying anything of substance about a league issue produces national headlines.

If and when Jones spoke on those topics (or an endless stream of others) his words instantly became a story that significantly shaped the forthcoming narrative.

Is it the only reason? Probably not. Surely there was some element of the Dak Prescott extension negotiations lingering. And Jones certainly wanted to support the league’s “one voice” mandate on all things related to COVID-19 (so long as that voice was relating something positive). There was also the pressing question about how he planned to fill parts of AT&T Stadium with fans during a pandemic.

I have little doubt all of that played a part in Jones’ long silence. But I have even less doubt that Jones was blindsided by the league’s sudden and somewhat stunning “we were wrong” video reversal on peaceful protests — which was stimulated by a group of players who pushed the NFL to show support for the Black Lives Matter movement.

Has Jerry Jones’ stance on kneeling during anthem changed?

If you want to know why the NFL’s shadow commissioner took 109 days to address one of the most significant offseasons in league history, maybe it’s because in the middle of the tumult, the league decided to change without him. And worse yet, the NFL did it without asking his permission. A realization like that takes some recalibration.

This is the state where we find Jerry Jones now, suddenly trying to thread a needle between his business, his players, his fan base and his president. And doing it without an assurance that the rest of the NFL is going to fill in behind him.

That’s how you end up with a dialogue on Wednesday that seems different than the past, but also ambiguous and open-ended. Where Jones talks about handling things with “grace” and “listening” and states “that was then … this is now,” yet still clings to needing to make decisions in the coming days.

“That was then, two years ago. This is now,” Jones told reporters about his past stance of barring protests during the anthem. “We have had very, very sensitive times. I don’t need to share that we’re also embroiled in a very other sensitive time with the challenge and the war, literally, with [COVID-19].”

“These are very sensitive times,” Jones continued. “I have nothing to prove as far as where I’m standing with the flag and where the Cowboys stand. I have nothing to prove regarding my players and my support of our players. What I do want to show and want us all to be a part of is a word called grace. Grace. Not only grace in our actions but grace in our understanding of where they’re coming from. … I’m going to have grace. I’ve had grace. Many of you have written and criticized me for having too much grace and understanding regarding our players, and I probably have. And I’m going to have grace regarding the people that are sensitive about our flag. Somewhere in between there as the weeks — as we get together with our team, as we discuss with the team — somewhere in between there is how we’re going to handle it.”

Four of those words — “somewhere in between there” — are an abyss deep enough to sink a continent. They could mean anything from Jones once again requiring his players to stand with their “toes on the line” to the Cowboys owner taking a page from other franchises and not making a spectacle of fighting over what his players intend to do. And there’s always the possibility that the equation changes for Jones as time and criticism set in, much like it did after he knelt with players in 2017 and then made sure it wasn’t repeated again beneath Trump’s wailing criticism.