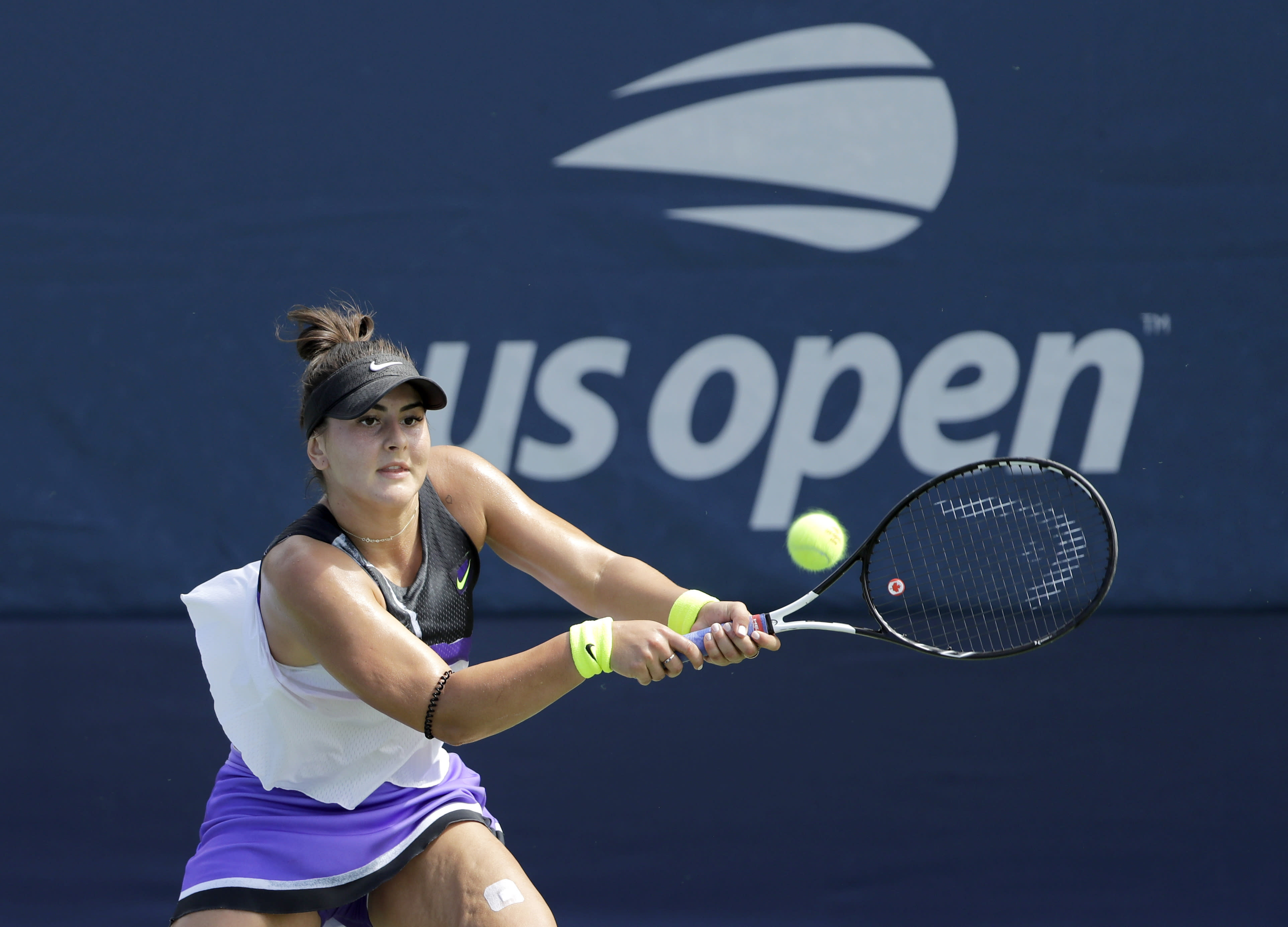 This year’s U.S. Open will be missing both 2019 singles champions, because Bianca Andreescu announced Thursday she was pulling out of the Grand Slam tournament, joining Rafael Nadal on the sideline.

Both cited the coronavirus pandemic in their explanations for withdrawing.

One big name who said Thursday he will be at the U.S. Open and the hard-court tuneup tournament that will precede it at Flushing Meadows: No. 1 Novak Djokovic.

That means one member of the Big Three of men’s tennis will be present; in addition to Nadal’s absence, Roger Federer is out for the rest of the season after two operations on his right knee.

Djokovic has won three of his 17 Grand Slam titles at the U.S. Open and was the runner-up there five times. He gets a chance to gain on Federer, who owns a men’s-record

Andreescu, who hasn’t played on tour since October in part because of injury, said the COVID-19 outbreak prevented her from properly preparing for competition. The women’s tour only recently restarted after a coronavirus-forced hiatus of nearly six months; the men’s tour is planning to resume in a week.

Nadal said on Aug. 4 that he did not want travel amid the pandemic.

“After many discussions with those closest to me, I have made the difficult decision not to return to New York this year,” Andreescu said in a posting on social media. “I have taken this step in order to focus on my match fitness and ensure that I return ready to play at my highest level.”

A year ago at age 19, Andreescu beat Serena Williams in the final to become the first woman in the professional era — which dates to 1968 — to win the U.S. Open championship in her tournament debut. Andreescu also was the first tennis player from Canada to claim a Grand Slam singles trophy.

“She’ll come back,” Williams said after hearing of Andreescu’s withdrawal. “She’ll do well when she’s ready.”

The No. 6-ranked Andreescu wrote Thursday that “unforeseen challenges, including the Covid pandemic, have compromised my ability to prepare and compete to the degree necessary to play at my highest level.”

She is the fourth woman in the top seven in the WTA rankings to pull out of the U.S. Open, which is scheduled to start at Flushing Meadows on Aug. 31.

The others are No. 1 Ash Barty, No. 5 Elina Svitolina and No. 7 Kiki Bertens.

In addition to Nadal, men who are out of the field include 2016 U.S. Open champion Stan Wawrinka, Gael Monfils and Nick Kyrgios.

Andreescu’s slot in the women’s field will be taken by Olga Govortsova.

Another woman pulled out Thursday. Fiona Ferro — who won the first tournament when tour play resumed, last week at Palermo, Italy — blamed a rib injury. That allowed Caroline Dolehide to move into the main draw in New York and relinquish her wild card, which the USTA gave to another American, Claire Liu.