LEADING OFF: Blue Jays debut in Buffalo; Clevinger out 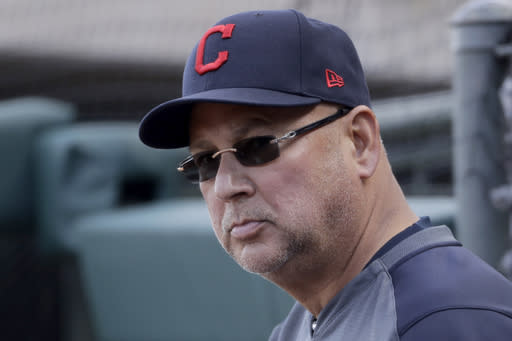 A look at what’s happening around the majors today:

Baseball’s nomads, the Toronto Blue Jays, finally move into their new home at Sahlen Field in Buffalo, New York, when they play the Miami Marlins. It’ll be the first time this year the Blue Jays are the host team. Canada’s government wouldn’t let them hold games at Rogers Centre in Toronto, fearful of opponents traveling into the city amid the coronavirus pandemic. Pittsburgh offered to let the Blue Jays play at PNC Park when the Pirates were on the road, but Pennsylvania Gov. Tom Wolf wouldn’t sign off on it.

That left the club’s Triple-A affiliate in Buffalo, which last hosted a regular-season Major League Baseball game in 1915 when the Buffalo Blues finished sixth in the eight-team Federalist League. The wait hasn’t been quite as long for the Blue Jays, who spent the first two-plus weeks of the season bouncing from Tampa to Washington to Atlanta to Boston waiting for preparations at 16,600-seat Sahlen Field (all but a few of which will be empty) to be complete.

”We haven’t played in Buffalo, so it’s still a road trip it feels like,” said Toronto manager Charlie Montoyo, whose team is 5-8 after hopscotching up and down the East Coast. ”But I’m going to say after the first couple of games, then it kind of becomes our home ballpark.”

Indians right-hander Mike Clevinger won’t make his scheduled start against the Cubs after Cleveland learned he joined rotation-mate Zach Plesac in violating COVID-19 protocols by going out after a game Saturday in Chicago. Plesac was forced to travel home separately from the club Sunday, while Clevinger flew home with teammates without disclosing that he had been with Plesac.

Cleveland said Clevinger will be quarantined and tested until he registers two negative results in 72 hours. Clevinger and Plesac could be facing additional discipline from the team.

In other Indians news, manager Terry Francona will return to the club after missing eight games to rest while dealing with a gastrointestinal condition that has bothered him since spring training in Arizona.

Nationals ace Max Scherzer (0-1) is set to make his scheduled start against the Mets at Citi Field after leaving his previous outing early because of a hamstring issue. The three-time Cy Young Award winner lasted only one inning last Wednesday against New York due to a hamstring problem that first cropped up July 29 versus Toronto. But he felt good while throwing a bullpen Sunday and will try to keep Washington rolling in the wake of a 16-4 blowout over the Mets in the opener of a four-game series Monday.