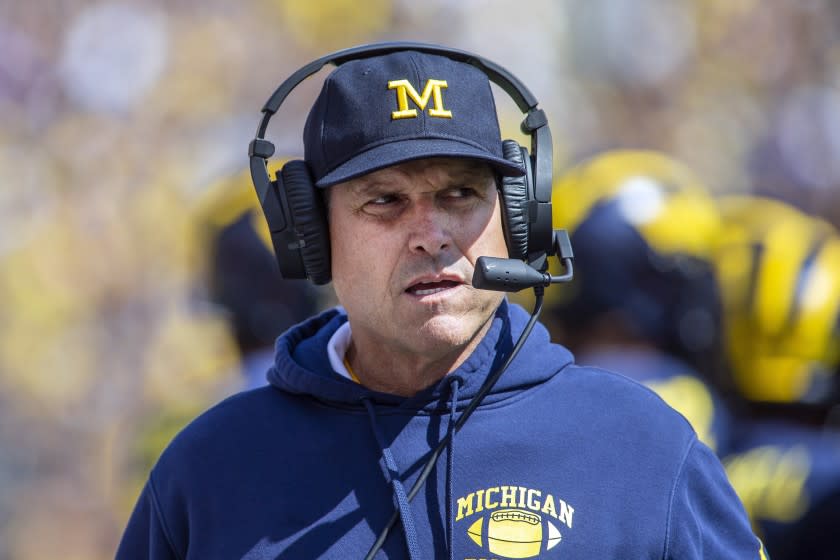 On Wednesday, the Big Ten Conference announced a revised conference-only football schedule with a kickoff of Sept. 3. It was the earliest start date set by a Power Five conference, which sent the message that the league’s presidents and first-year Commissioner Kevin Warren were confident that their COVID-19 protocols were safe enough to play football games in less than a month.

But by Sunday night, reports were surfacing that the Big Ten had changed course and was now pressuring other Power Five conferences to join it in canceling the 2020 college football season, at least for the fall. Monday morning brought a report from the Detroit Free Press saying the Big Ten’s mind was already made up, then a response from the conference saying there had been no final decision.

These developments — which will up the pressure on the Pac-12 presidents, who are scheduled to meet Tuesday — begs the question: What changed in the last five days?

The national and regional pandemic picture didn’t worsen in that short amount of time. There wasn’t a coronavirus outbreak on a Big Ten campus. But here’s what did happen since the nation’s most prestigious and tradition-laden athletic conference put out a schedule that signaled it was ready to support competition in a high-contact sport during a pandemic:

It will be fascinating to hear the Big Ten explain why it is considering bailing so quickly after months of preparation, bringing athletes back to campus to work out, get acclimated again to the football setting and even start practices with helmets. On Monday, some Big Ten schools continued with their regularly scheduled practices; others reportedly canceled theirs. Ohio State, a sure national championship contender, went ahead with its photo day.

Big-name coaches such as Michigan’s Jim Harbaugh, Ohio State’s Ryan Day and Penn State’s James Franklin put their names behind a #WeWantToCoach movement that followed the Sunday night #WeWantToPlay push that swept like wildfire across the country as players began to respond to doubts there would be a fall season.

Harbaugh emphasized Michigan’s impressive COVID testing numbers — including zero positive tests out of the last 353 administered — as proof football could be played safely if a program is devoted to following protocols. He also quoted Teddy Roosevelt, saying, “we do this ‘so that our place will not be among the cold and timid souls who know neither victory nor defeat.’ ”

Harbaugh did not mention the irony that it was Roosevelt who helped to create the NCAA in 1906 because he feared for the safety of college football players.

One would like to think the sport has come a long way since then. But there’s a reason players who came together Sunday night with a combined movement of #WeAreUnited and #WeWantToPlay have suggested the formation of a college football players association as a condition for playing this fall. They might have the protection of schools, as Roosevelt intended, but they do not have a voice.

To form a union, players would have to be recognized as employees of the schools, which would effectively end the amateur model and put the NCAA under a mountain of legal trouble. The NCAA and the Power Five are funneling hundreds of thousands of dollars into lobbying Congress for a friendly national bill on name, image and likeness that provides “safe harbor” from future antitrust litigation.

Only when amateurism is threatened do we see swift action from college athletic officials. The optics for amateur competition during a pandemic were always going to leave a very small opening for college sports in 2020. There were always going to be Brady Feeneys and liability issues.

It looks like the Big Ten is about to be the first major conference to choose to endure the short-term pain of canceling in order to preserve the long-term power provided by amateurism.