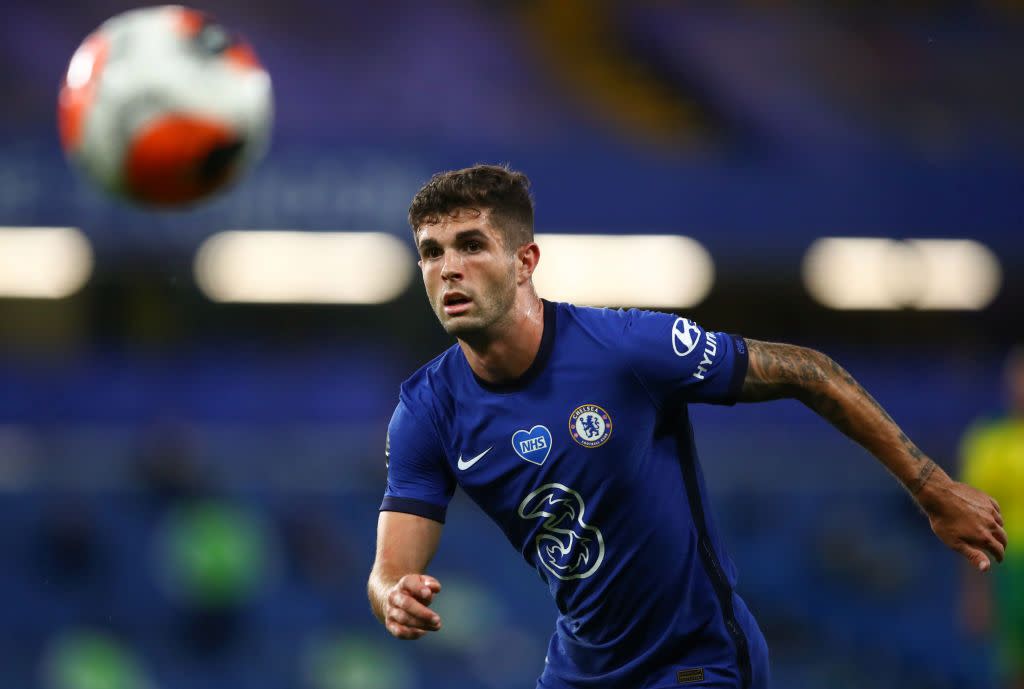 Chelsea have labelled their 2019-20 season as being a ‘very successful’ one.

All in all, I’d give them a 7/10. Slightly better than we expected, and that’s about that. So often it was a case of one step forward, one back for this young squad.

Bruce Buck, the chairman at Chelsea, was very pleased with Frank Lampard’s first season in charge of the Blues and believe there is a bright future for the west London club.

“In the round we think it was a very successful season,” Buck said. “I think obviously we would have been a little bit happier if we had won the FA Cup. But I’m sure the manager and the players were gutted not to lift the trophy. Frank Lampard is a very positive force for Chelsea. He’s Chelsea through and through and that continues to show through. He carries a lot of credibility. It’s an exciting time for Chelsea.”

It sounds like Buck is overcooking this a little, but you’d expect him to. He is Chelsea’s chairman and there have been plenty of strides made forward this season in trying circumstances with a top four finish, reaching an FA Cup final and making the Round of 16 in the UEFA Champions League.

Below is a look at the key takeaways from Chelsea’s 2019-20 season.

Frank Lampard had a transfer ban to deal with until January, and even though it was lifted no new players were bought. Instead, Chelsea prioritized signing Hakim Ziyech and Timo Werner for 2020-21 and both deals look like being bargains long-term. Chelsea are now backing Lampard in the transfer market based on his fast start as boss. As for Lampard as a coach, tactically his team are exciting to watch and pour forward in numbers. Defensively he leaves a lot to be desired. Some of the huge individual mistakes his team made were no fault of his own but his playing philosophy means Chelsea will continue to take risks and unless they upgrade their defense significantly, they will continue to concede plenty of goals. We saw how Bayern Munich ruthlessly exposed their defensive unit and those results will be a reminder to Lampard of just how far they have to go.

This was Lampard’s first season as a coach in the Premier League and a fourth-place finish is successful, but with Tottenham, Arsenal and Leicester set to come back even stronger next season, Chelsea will have a battle to replicate this finish and perhaps were a little lucky that their London rivals struggled so much early on in 2019-20. The way Chelsea faded towards the end of the campaign will also be an issue for Lampard to address and his reaction after the defeat at Sheffield United was telling. The Chelsea legend has said his side are a work in progress so many times and he knows where their weaknesses lie. Is he the man, long-term, to improve this young squad? We will soon find out what Lampard learned from his first season in charge in the Premier League.

Part of that regression late in the season was due to Chelsea having such a young squad. Tammy Abraham, Mason Mount and Fikayo Tomori all started regularly early in the season and were full of confidence after impressive loan spells in the Championship in 2018-19. By mid-December that confidence and zest vanished and even though Mount rallied late in the season, all three struggled for form after fast starts to the campaign. Christian Pulisic struggled to start with but then found his feet, although injuries hit him hard, as the streaky season for the USMNT star summed up the form of most of Chelsea’s youngsters. As to be expected, they are progressing and next season most of them will be better suited to the PL and be more consistent throughout the 38-game season. Tomori, Abraham, Callum Hudson-Odoi and maybe even Mount could find themselves on the outside looking in though, as Lampard has brought in more experience in attack and is looking for new defenders. Lampard may move away from most of the young players he was forced to used.

Nothing new here, but the major flaws of this Chelsea team have been apparent since Antonio Conte’s second season in charge. Defensive mistakes cost Chelsea dear this season. Kepa Arrizabalaga was lacking in confidence in goal and that spread through the entire defensive unit. Lampard has to sign two new center backs, a left back and a new goalkeeper if Chelsea are going to become genuine title contenders in the next few seasons. Chelsea need to spend big, defensively, if they’re going to do any better than fourth place. It really is as simple as that.