Top players push Coyotes into next playoff round 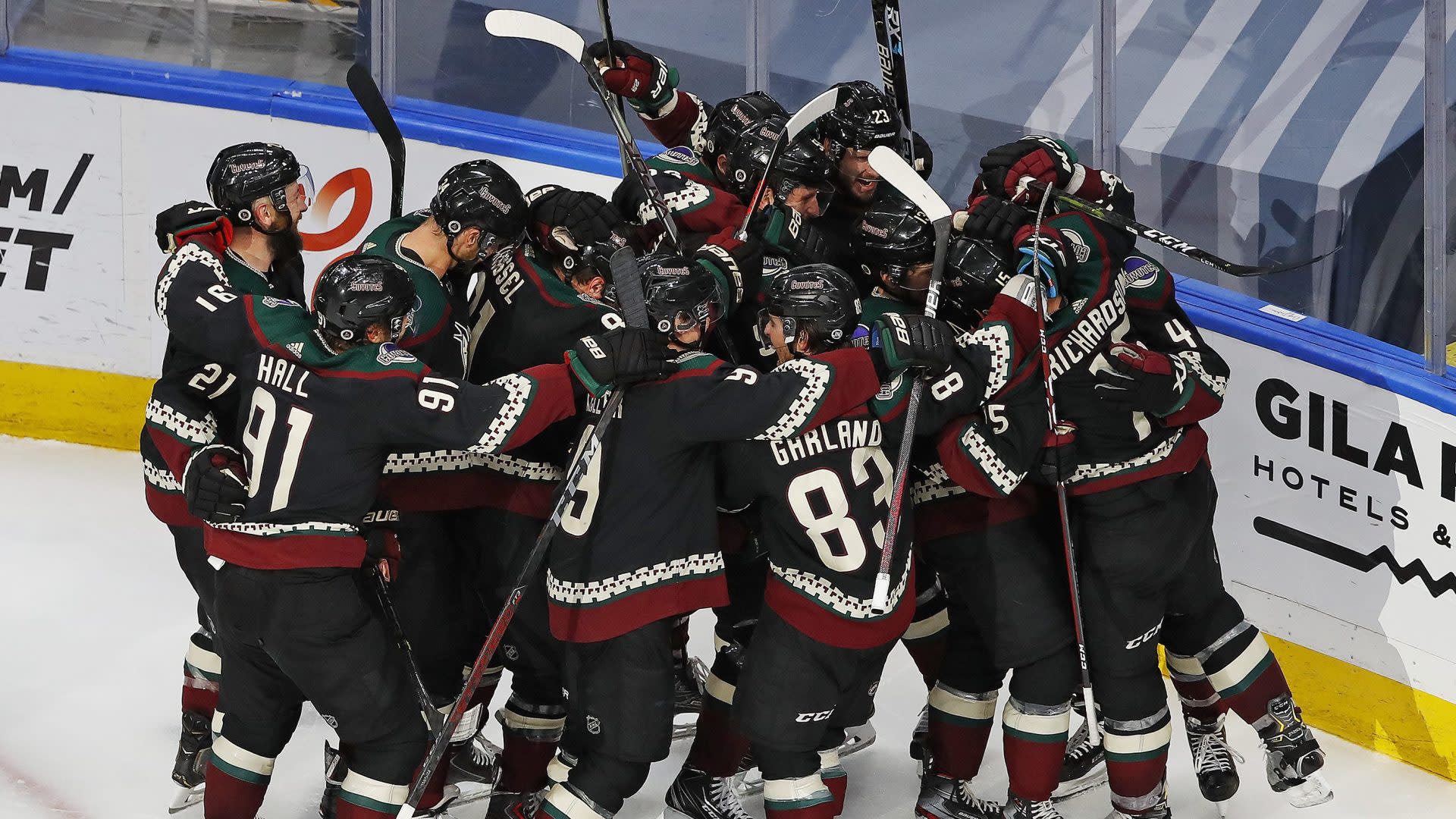 The Arizona Coyotes needed their top players to be at their best to have a chance of advancing in the postseason for the first time in eight years.

Darcy Kuemper has been superb, one of the best goalies in the bubble. Taylor Hall is playing like the Coyotes hoped when they traded for him. Same thing for Phil Kessel.

Captain Oliver Ekman-Larsson has been steady in his own end, chipped in offensively and been the kind of leader a team needs in the postseason. Clayton Keller has picked up his scoring pace since the postseason started.

With their best players at their best, the Coyotes are headed to the next round after knocking off Nashville in four games.

”It’s about being in pressure situations and embracing them,” Coyotes coach Rick Tocchet said.

The franchise was operated by the NHL for four years after the previous owner took the team into bankruptcy and has faced an uncertain future in the desert even before the City of Glendale backed out of a multi-million dollar lease agreement in 2015.

Arizona struggled on the ice since reaching the 2012 Western Conference finals and at the box office, annually drawing some of the NHL’s smallest crowds.

The Coyotes had been building toward the reaching the playoffs in recent years with solid drafts and high-profile acquisitions, but an injury to Kuemper this season dropped them to 11th in the Western Conference standings when the season was halted because of the coronavirus pandemic.

Arizona earned a reprieve when the NHL expanded the postseason to 12 teams in each conference for the restart and the Coyotes took advantage.

Behind Kuemper’s stellar play and timely goals throughout the lineup, 11th-seeded Arizona wrapped up its first postseason series in eight years by beating the Predators 4-3 in overtime on Friday.

The win, which clinched the series 3-1, puts Arizona into the next round against Colorado.

”We’ve been through a lot of crap here and some teams that needed to mature and grow,” said Coyotes forward Brad Richardson, who scored the winning goal in the clincher. ”It feels like a lot of work came to fruition there. We’ve got a long way to go, but that was a big hurdle for our team and it feels really good.”

Kuemper had a lot to do with it.

He thrived as the No. 1 goalie after Antti Raanta was injured last season, earning an All-Star Game nod despite not being able to play because of an injury. Kuemper got this season off to another solid start before a lower-body injury in December limited him to 29 games.

The NHL’s break allowed Kuemper time to heal and he thrived under the spotlight of the postseason, starting with a 40-save game in the opener against Nashville. Kuemper was superb again in Games 3 and 4, turning away a combined 88 shots, including 49 in the clincher.

Kuemper’s 152 saves are 24 more than the next closest goalie.

”He’s unbelievable,” Kessel said. ”You watch him out there; he makes every save he should. He’s why we’re moving on.”

Kessel, Arizona’s big offseason acquisition, has been his usual productive postseason self after a regular season full of injuries, notching a goal and three assists against Nashville.

The Coyotes traded for Hall midseason in an attempt to boost their scoring and, after an up-and-down regular season, he’s also produced a goal and three assists.

Ekman-Larsson has repeatedly stepped in to rough up opposing players when they get a little too frisky and he has a goal and three assists to go with his steady blue-line play.

The others have stepped up, too. Christian Dvorak has two goals and so does Michael Grabner, including a short-handed one in Game 3. Defenseman Jordan Oesterle scored a third-period, go-ahead goal in Game 4 and Richardson scored the overtime winner after the Predators tied it with 32 seconds left in regulation.

”It’s the Stanley Cup playoffs, that’s what it is,” Tocchet said. ”It’s all about the guys being able to stay with it and at any time when we call your number, whether you’re dressed or not, you come.”

And now the Coyotes are moving ahead.

Top players push Coyotes into next playoff round originally appeared on NBCSports.com