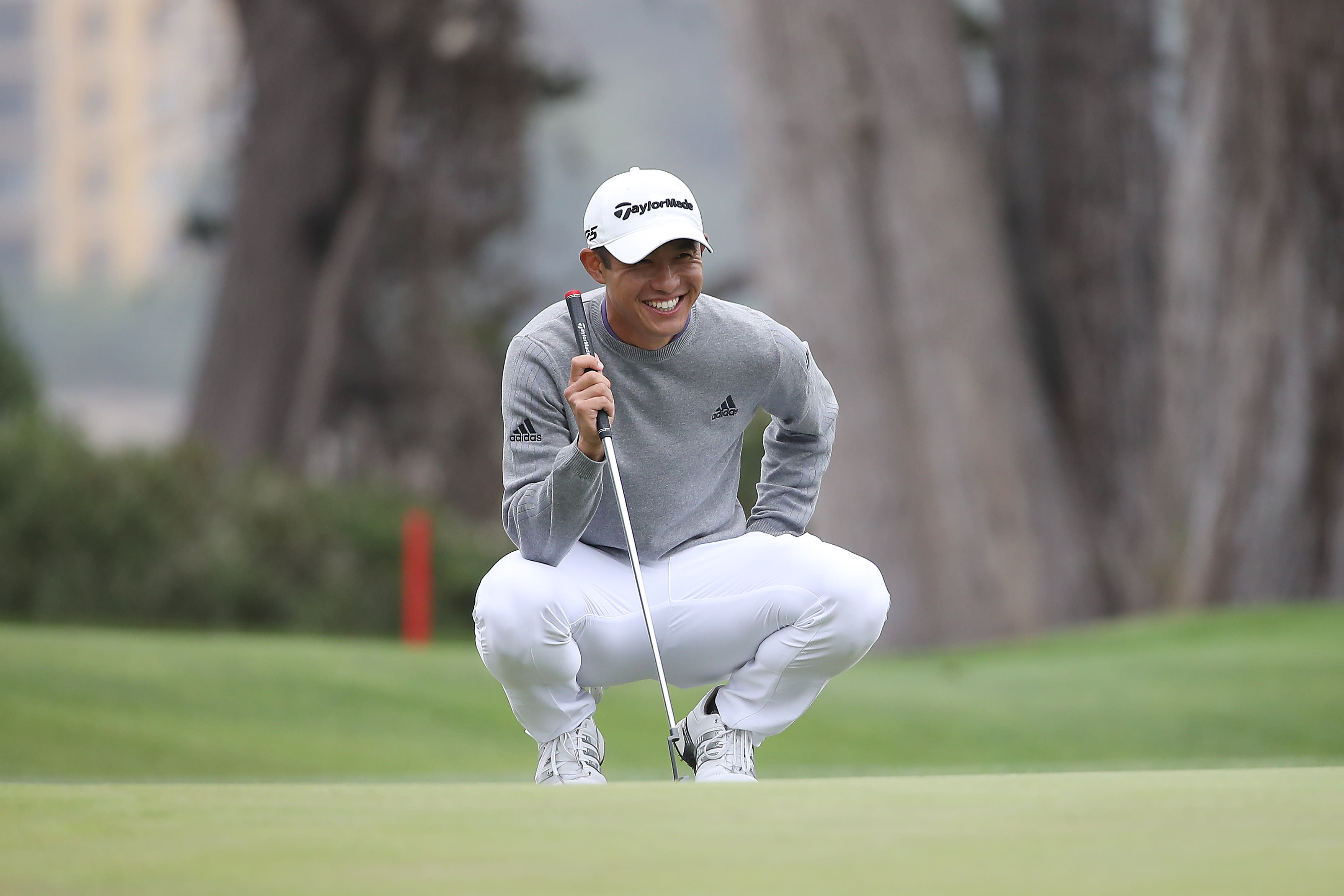 It’s really a shame there weren’t fans in attendance at the PGA Championship on Sunday, because their cheers from all over TPC Harding Park would have elevated an already exceptional showdown.

(Yes, it was the right and proper thing to do to keep fans away from the course. We’d all rather see golf with no fans than no golf at all. Just would’ve been nice, is all I’m saying.)

Collin Morikawa fired a final-round 64 to claim his first major championship — in his first major appearance as a professional — on Sunday with a performance as steady as you’ll ever see. He outlasted six different players who were tied with him at the top of the leaderboard. He unleashed the shot of a lifetime to put distance between himself and the field. And he remained smooth and steady as he finished out the two most important holes of his life.

Steady as can be with a club in his hands, not so much with a trophy… pic.twitter.com/pQP0pE9VqH

It was stellar golf, even if almost nobody saw it live.

The setup here was nothing short of exceptional: one major winner who’s let too many slip away (Dustin Johnson), another major winner whose narrow window appeared to have closed (Jason Day), a veteran who’s never brought home one of the Big Four prizes (Paul Casey), the guy who’s been the center of the golf universe these last two months (Bryson DeChambeau), and a whole herd of young players just on the verge of breaking through (Scottie Scheffler, Cameron Champ, Morikawa, Tony Finau, Matthew Wolff).

Lurking behind them all: golf’s own Grim Reaper, Brooks Koepka, the odds-on favorite to win and a guy who many expected to carve right through this leaderboard like it was warm butter. Only it didn’t happen that way. Koepka had, for him, a galactic meltdown, going four-over on the front nine to eject himself from the tournament before he could even put the fear of God into anyone else on the leaderboard.

Coming into Sunday, the prime target of Koepka’s needling was Johnson, who, as Koepka pointed out Saturday, had “only won one” major coming into the day. But it was worse than that: Sunday marked the fourth time Dustin Johnson held at least a share of the lead coming into the final day of a major, the prior times being the 2010, 2015 and 2018 U.S. Opens. He won exactly zero of those, making him the fifth player to start 0-for-3 in majors in which he had a final-day lead. No player had ever gotten to 0-4.

Unlike many of those other majors, DJ didn’t implode in the opening holes, or even the front nine. He calmly carded a one-under front nine, backing up his only bogey with an immediate birdie, and made the turn appearing in good shape to saunter right to that oh-so-difficult second major.

There was just one problem: nobody else flinched, either. As Johnson made the turn, 12 players were within two shots of the lead.

Wolff hit the clubhouse shortly before 7:30 Eastern, finishing with a 65 to set the initial bar at -10. Shortly afterward, six more players stood at that mark — seven players, tied for the lead, with less than seven holes remaining in the tournament. Joining Wolff at the top were Johnson, Morikawa, Casey, Day, Finau and Scheffler, with DeChambeau one stroke behind.

And then the trickiness began. Hang tight, this is where it gets chaotic.

Morikawa, who won the very first PGA Tour tournament he played as a professional, began to put distance between himself and the field when he chipped in on 14 to get to -11 and the solo lead.

The shot of the tournament so far!

A few minutes later, Casey birdied 16 to climb into a tie for the lead. Scheffler dropped off the pace, but DeChambeau birdied his way to -10. Day finished out at -10, tied for the clubhouse lead at the time. Meanwhile, Johnson bogeyed 14 to drop two strokes back. One miscue, that’s all it takes.

Morikawa, all of 23 years old, then unleashed a brilliant tee shot on 16 that left a short eagle putt. He drained it to take a two-shot lead over Casey at -13 with two holes to play.

DeChambeau and Finau then wrapped up at -10, and Morikawa missed by two revolutions of the ball a birdie putt that would have hammered the door shut. Casey, meanwhile, who holds the record for most major starts without a win — 64 — finished out at -11 to eliminate all the players at -10.

Johnson tried to fight his way back, chipping in from the fringe at 16 — again, this is where the crowd might have come in handy — but he had only two holes left to make up three strokes, a gap he couldn’t close.

That left Morikawa alone at the top, one of the youngest major winners in golf history. He was all of two months old when Tiger Woods won his first major, at Augusta. And now he’s setting out on a journey that looks incredibly bright.