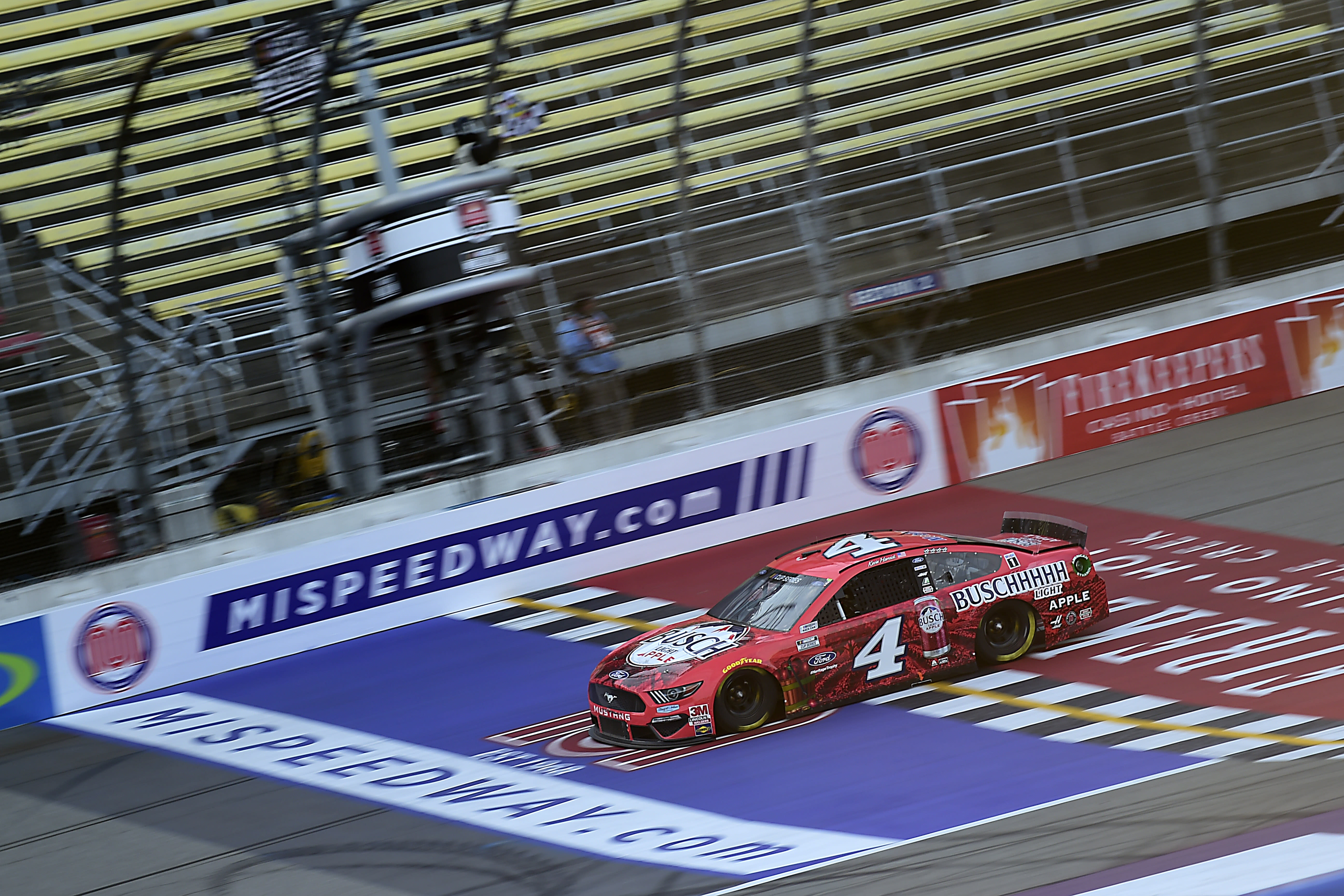 Harvick tied Hamlin at five wins in 2020 when he beat Brad Keselowski to the finish line in overtime at Michigan on Saturday. Harvick chose the outside line on the race’s final restart and cleared Keselowski before the white flag flew.

But Harvick got the lead back from Busch shortly after that restart when the two drivers sure looked like they made contact. Harvick was looking to the inside of Busch and his car slid up the track. If Busch and Harvick didn’t touch, there was millimeters of space between the cars.

“I just didn’t get loose and turn up to the wall by myself,” Busch said. So I don’t know whether he hit me or it was air.”

Harvick then held onto the lead for the race’s final official 14 laps. The 312-mile race went into overtime because Austin Dillon and Ryan Newman crashed with less than three laps to go. Harvick 92 of the race’s 161 laps. No other driver led more than 27.

Saturday’s race was the first of two at Michigan and will be followed by a race on Sunday of the same distance. Both Michigan races were originally scheduled to be 400 miles but were shortened because of the doubleheader weekend NASCAR added to the schedule because of the coronavirus pandemic.

The Michigan race weekend is the second of three doubleheaders scheduled in the Cup Series. The first came at Pocono at the end of June and, guess what? Harvick won that first race. If what happens at Michigan will mimic what happened at Pocono, Hamlin will get his sixth win of the year on Sunday.