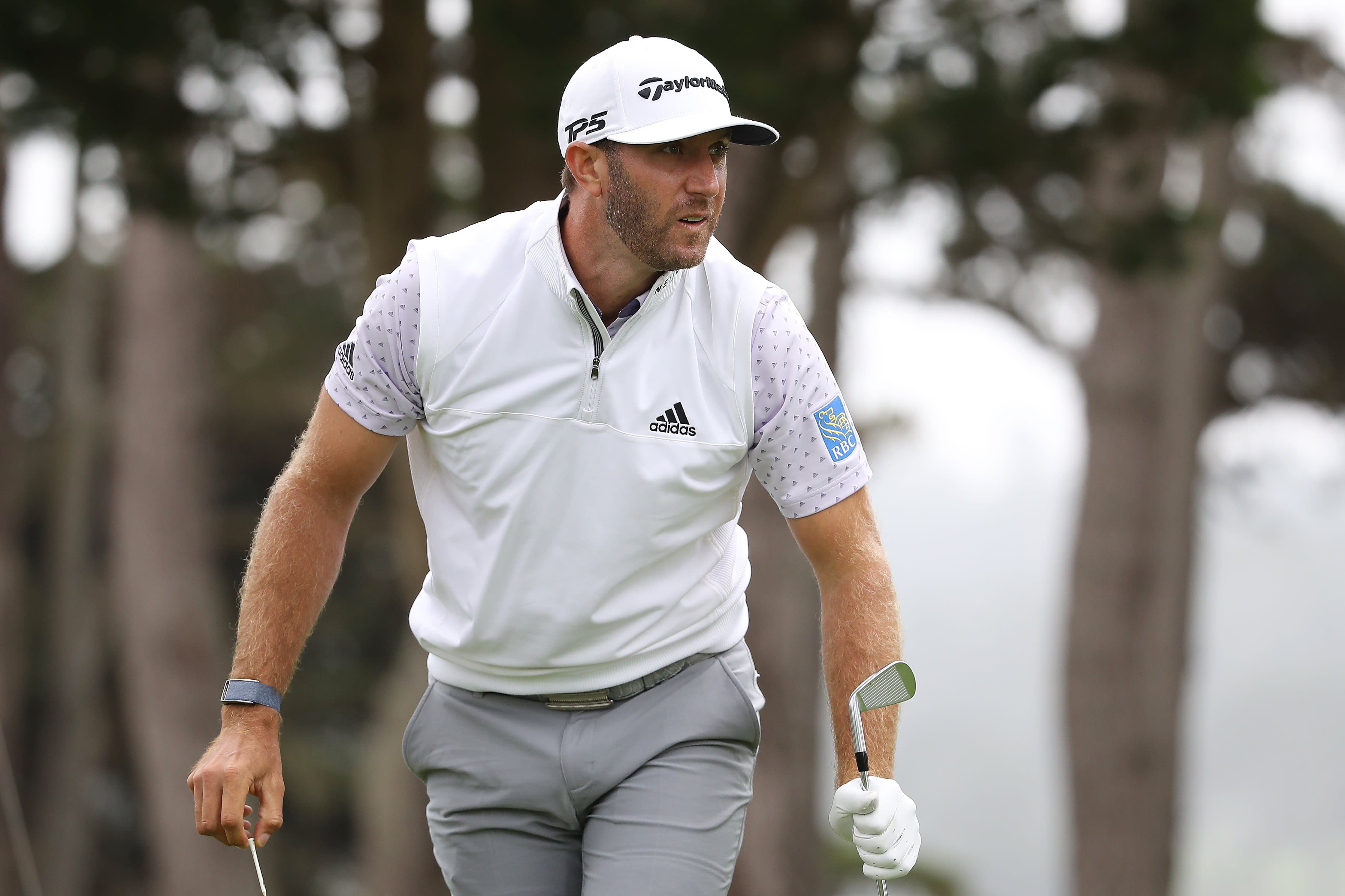 Four letters. Two syllables. A tiny little word, but one that cuts like a blade.

Asked to look ahead to his competition Sunday at the PGA Championship, four-time major winner Brooks Koepka pointed out that nobody around him has won any of golf’s biggest tournaments … then he paused for a long beat.

Now, here he is again, yet another chance to win that second major. After a stellar eight-birdie round — a round that even included a double-bogey — Johnson now leads the PGA Championship by a stroke. Once again, he’ll go off in the final group. Once again, he’ll have the chance to stomp out the ghosts that have dogged him for a decade now.

Ten years ago, Johnson took a three-shot lead into the final round of the U.S. Open at Pebble Beach … and proceeded to shoot an 82. Two months later, at the PGA Championship, in a ruling that still infuriates golf fans to this day, he was assessed a penalty on his 72nd hole of the week — for grounding his club in a “bunker” where the Whistling Straits gallery had been standing the entire tournament — and missed out on a playoff by a stroke.

The next year, he would be in the final pairing of a major Sunday again — this time with Darren Clarke at the Open Championship at Royal St. George’s — and again he’d let a chance at victory slip away.

Then, in 2015, he would again hold a share of the lead heading into the final day of the U.S. Open, but on the 18th hole he would three-putt from 12 feet, handing the trophy to Jordan Spieth. By that point, it was fair to wonder just how snakebit DJ was.

He answered that question in the most effective way possible: by finally winning a damn major the next year. He won the U.S. Open by three strokes, playing through a dubious moving-ball penalty and facing down all his demons. It was part of a six-top-10s-in-seven-majors run that appeared to cement Johnson as one of the game’s best, “only” one major or not.

After three PGA Tour wins early in 2017, Johnson rolled into Augusta as the prohibitive favorite … and then rolled down the stairs at his rental house and out of the tournament. He’s won six times since then, placed in the top 10 at four majors — but over that same period, he’s also seen his erstwhile workout pal Koepka match him, then leave him far behind.

“I was definitely younger” when losing those earlier tournaments, Johnson noted. “I have been out here awhile now. I’ve been in contention a lot, and I’ve got it done a lot of times.”

To hear him tell it, he’ll use his experience as a weapon tomorrow against the players who haven’t yet managed to win even one major.

“I definitely have experience in this situation that definitely will help [Sunday],” Johnson said Saturday after his round. “I’ve been in the hunt a bunch of times in a major. I’ve got one major, so having that experience is definitely going to be beneficial.”

Nobody within two strokes of DJ has ever won a major … nobody, that is, except Koepka. Of course. When asked about how he stacks up against Johnson, Koepka didn’t exactly fake humility.

“I mean, I like my chances,” Koepka said, then twisted the knife again and again. “When I’ve been in this position before, I’ve capitalized. I don’t know, he’s only won one. I’m playing good. I don’t know, we’ll see.”