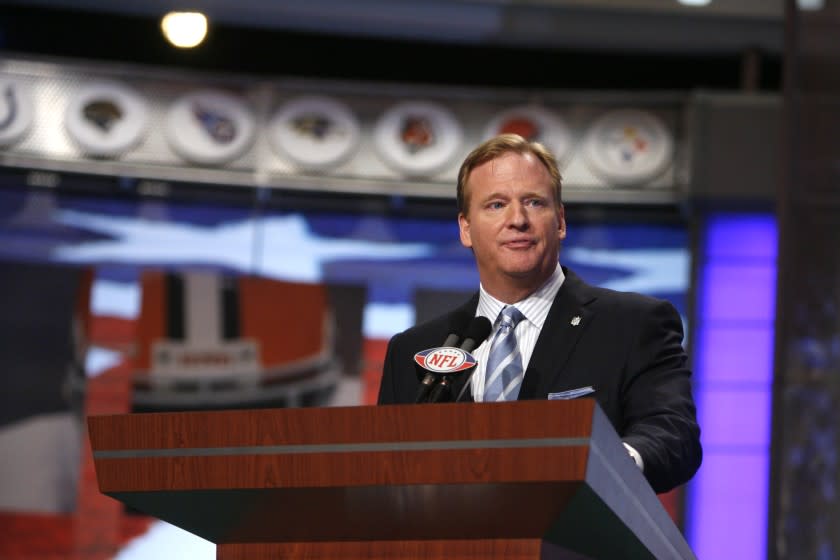 Roger Goodell was a unanimous choice by the team owners to succeed Paul Tagliabue on this date in 2006 when he was hired as commissioner of the NFL.

Goodell, 47, was chosen on the fifth ballot, beating out four other contenders in a vote that took only three hours.

He was just the fourth commissioner since World War II, having started his NFL career as a public relations intern 25 years earlier, and served as Tagliabue’s second-in-command for almost 10 years.

“We’ve had the two greatest sports commissioners in the history of professional sports, Paul Tagliabue and Pete Rozelle, and I was fortunate to work for both of them,” said Goodell, who shook every owners hand afterward.

A look at memorable games and outstanding sports performances on Aug. 8, through the years: