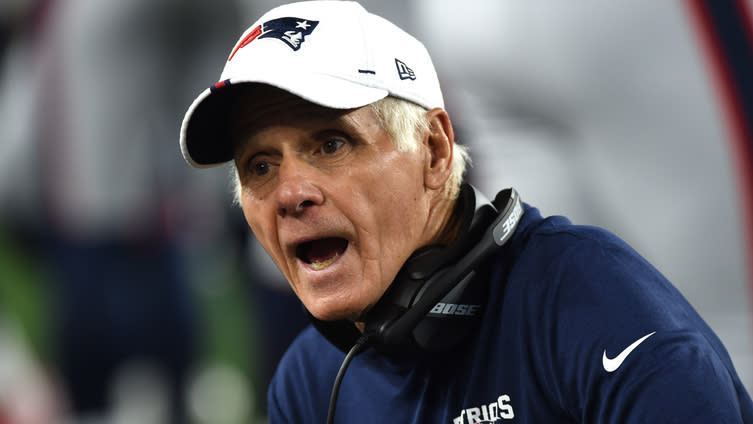 So far, eight New England Patriots players have decided to opt out of the 2020 NFL season.

Dont’a Hightower, Patrick Chung, Marcus Cannon, Brandon Bolden, Danny Vitale, Najee Toran, Marqise Lee, and Matt LaCosse each are sitting out this year due to concerns over the COVID-19 pandemic. Many of the players opting out are doing so for family reasons or because of underlying health conditions.

Download the MyTeams app for the latest Patriots news and analysis

“I took everything that happened with these guys at face value. All these guys are really good guys, intelligent guys, hard-working people. Four of those guys [Hightower, Chung, Cannon and Bolden] really helped us win a lot of games, had a lot of success,” Scarnecchia said.

“I think everything they’ve done relative to opting out has been with a lot of soul-searching, talking with their families, and coming up with the best decision for them. Even though it is a big hit — there’s no doubt about it, you’d be crazy to say it was any different – this is a different time we’re in. Yeah, it’s going to hit hard. But knowing Bill and that staff, they’re going to work like crazy to put out the best football team they can. I wouldn’t be really shocked if it [was] a really good football team.”

Listen to the full segment below:

Replacing some of the players opting out won’t be an easy task for the Patriots. But Scarnecchia, who worked in New England for 34 years, knows as well as anyone that head coach Bill Belichick will have his team ready to play when the season kicks off in September.

“You have to just overcome everything,” Scarnechhia said. “You can’t lament the problems and say, ‘Aw man, we’ve got no shot.’ [Belichick] never allows that to ever come in to play.”

Belichick made it clear during his press conference Friday he supports each player that decides to opt out.

“I respect all of them,” Belichick said. “I respect all the players on our team. We all have to make decisions. I talked to those guys, and they explained their situation. They had to make the decision that was best for them, and I totally respect and support it, 100 percent.”

The NFL’s deadline for player opt outs reportedly is expected to be moved up to either Tuesday or Wednesday.