Report: Jets have no interest in Jadeveon Clowney 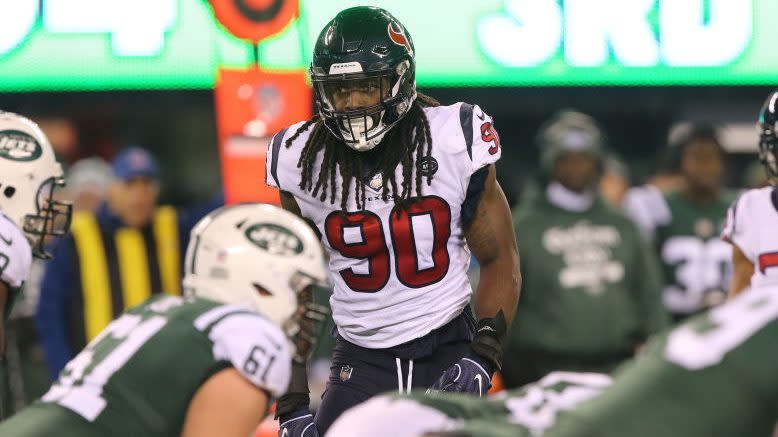 After he was traded from the Seahawks to the Jets, Bradley McDougald said he’d love to see the Jets sign his Seattle teammate Jadeveon Clowney, and said Clowney told him he loves the idea.

But the Jets apparently don’t love the idea: The Jets have no interest in Clowney, according to Rich Cimini of ESPN.

Clowney, who has been an unrestricted free agent since March, appears to have few options. The market for him just never materialized. Part of the issue is that he’s coming off a core muscle injury, and the pandemic made it more difficult for him to get checked out by team doctors.

At some point before the season, Clowney is likely to sign with some team. But it remains unclear which team that will be.