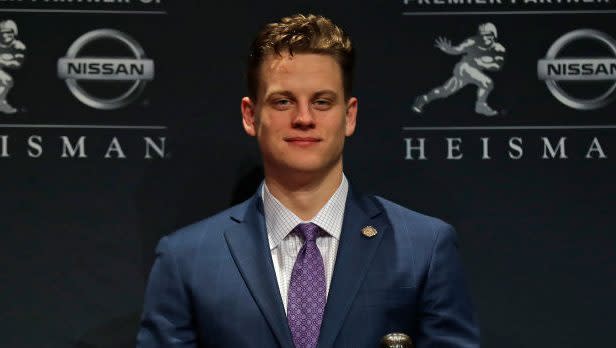 Bengals quarterback Joe Burrow has a smart idea for how to spend all the money from the four-year, $36.1 million guaranteed contract he signed this week.

Or actually how not to spend it.

Burrow said on Friday that he doesn’t intend to spend a single penny of that money he’s making from the Bengals. He’ll live off the money he makes from endorsements and put all the money from his NFL paychecks into savings and investments.

“I don’t plan on spending any contract money,” Burrow said. “I’m just gonna live off the marketing money and let that accrue in my bank account.”

That’s wise. There’s a long list of professional athletes who have made tens of millions or even hundreds of millions of dollars and then gone broke.

Joe Burrow: I’ll live off my endorsements and save all my NFL paychecks originally appeared on Pro Football Talk